I attended my third Comikaze Expo (CE) over the weekend, October 31st through November 2nd. I had a great time again. I say this every year– Comikaze keeps getting bigger and better. I don’t know what the numbers are, but the attendance on Saturday was pretty big– I’d say probably a 30% increase from last year.

I only went on Friday and Saturday. I did go on Thursday to do an early pick up of my badge– which is where and when I took the shot below of the Los Angeles Convention Center with the Comikaze Expo sign. 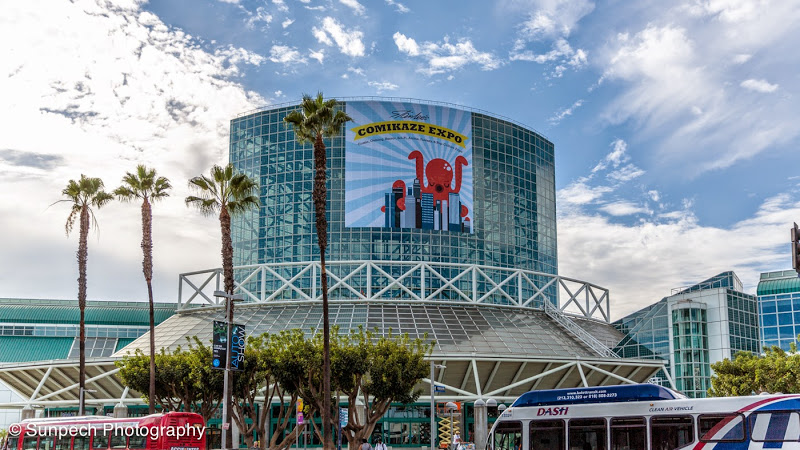 In case you want to skip my blog entirely and skip to my pictures, here are the links to the albums on Facebook:

The cosplay at Comikaze is amazing. There’s more and more people getting into cosplay and especially cosplaying as a group. It’s a thing yo. 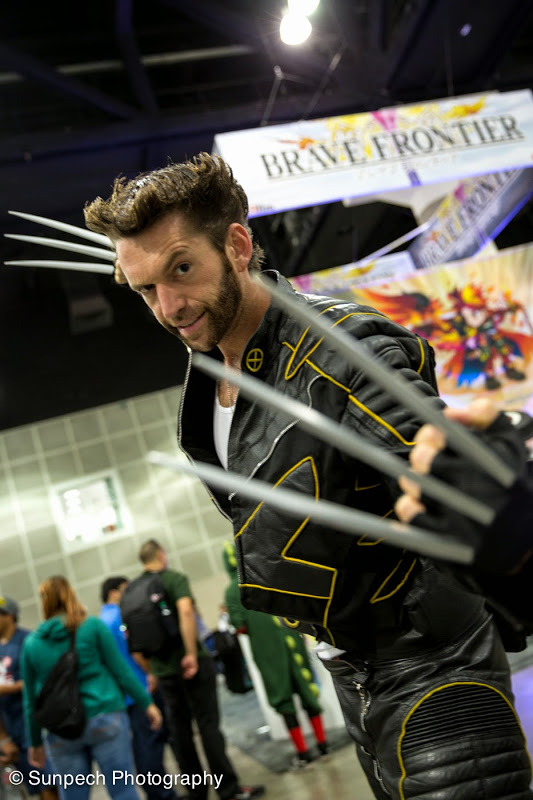 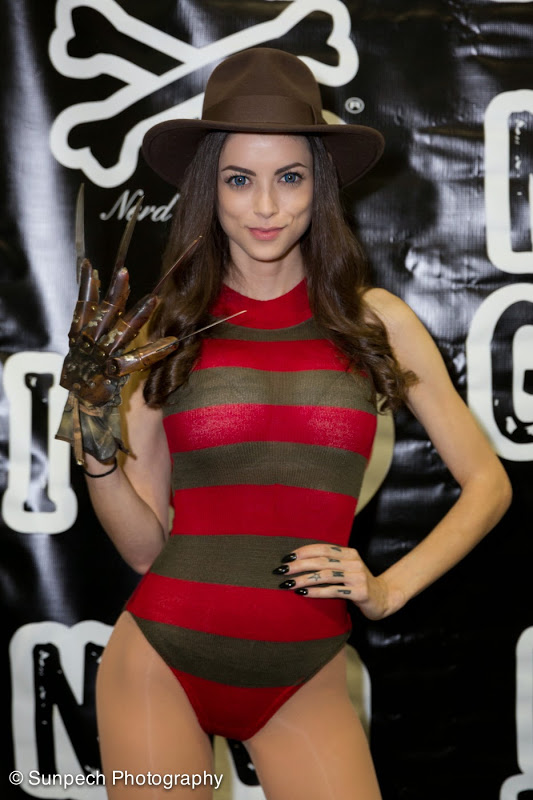 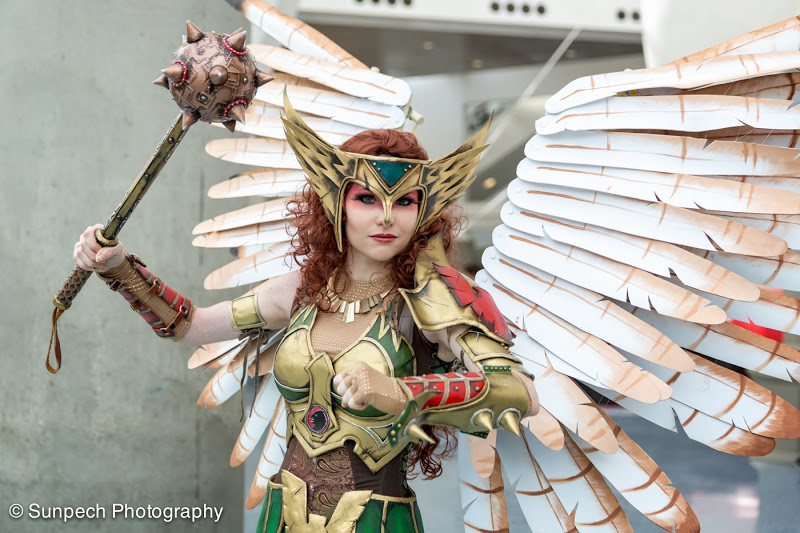 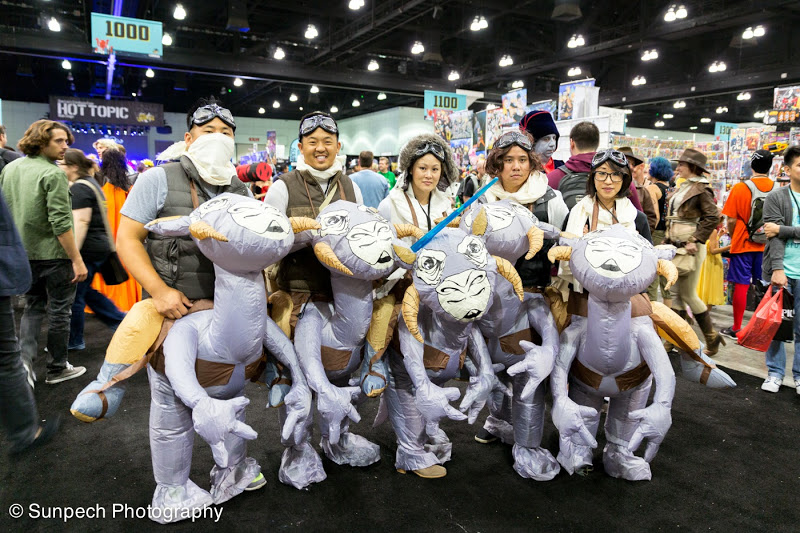 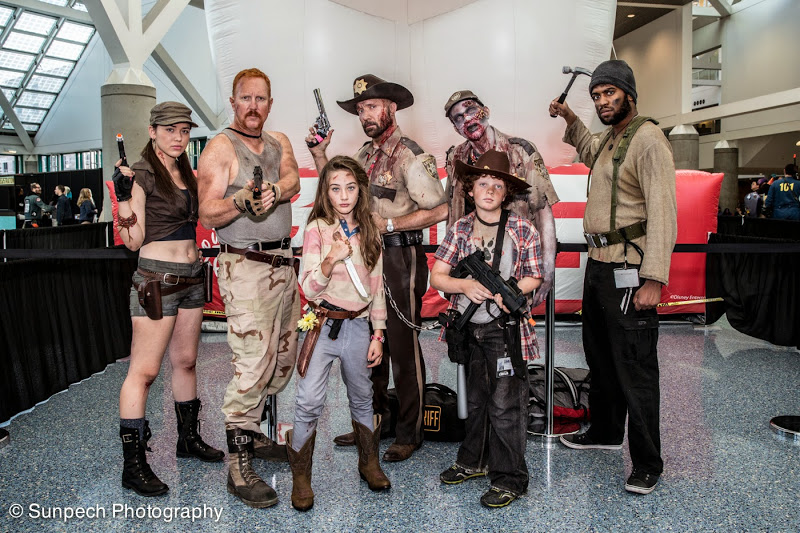 I actually never heard for Video Game High School until I attended this panel. But I discovered that they create some cool videos and content. They’re also a super fun panelists that like to talk and have fun. 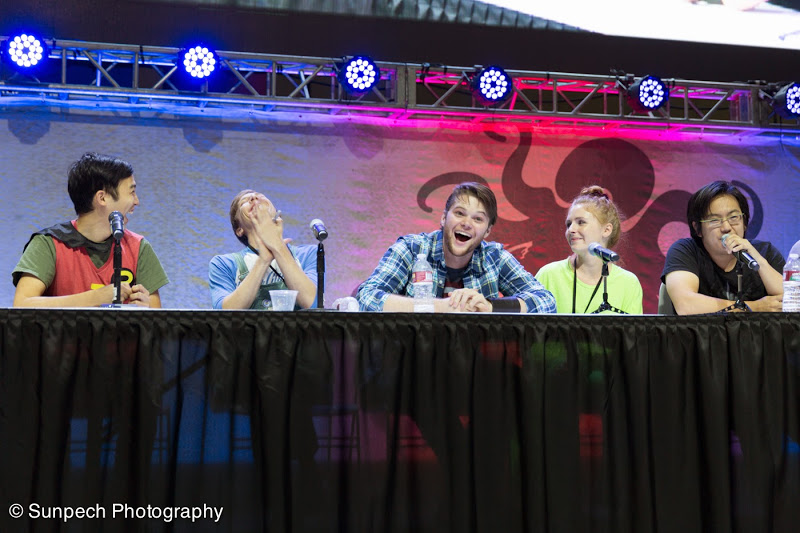 Three cast members from the popular fantasy HBO TV series, Game of Thrones, were available for a panel as well as autographs at Comikaze. Alfie Allen, Esmé Bianco, and Gwendoline Christie sat at the table with moderator, Adrianne Curry. 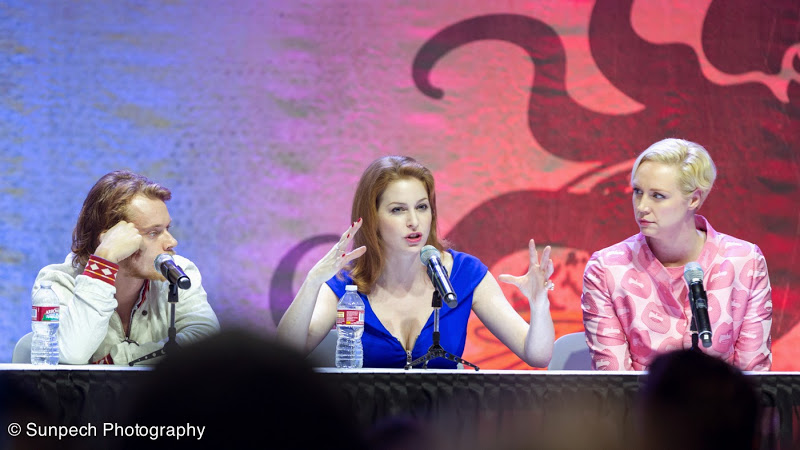 Stephen Moyer, Kristin Bauer van Straten, and [Tara Buck(https://www.imdb.com/name/nm0118427/) from True Blood did a panel at CE. I didn’t get many shots in because there was a “press” photographer that basically cut in front of everyone and blocked people’s views so he could video record the whole thing. 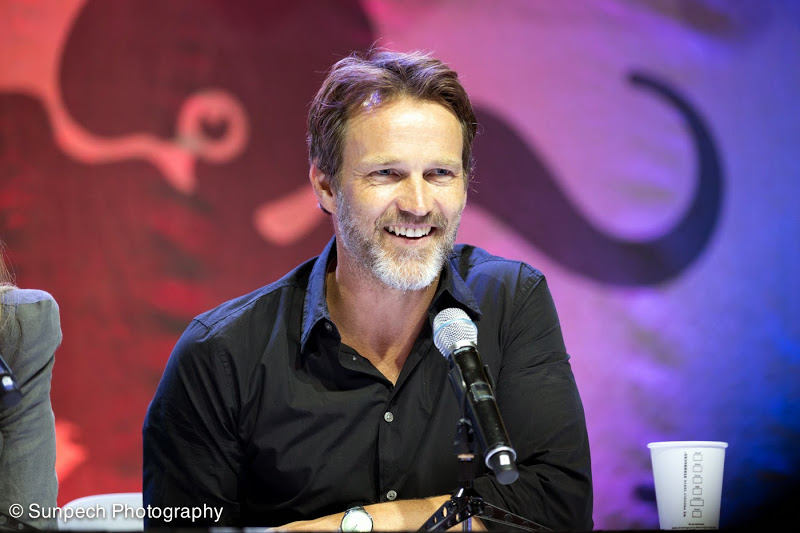 This was a fun panel as the slot for it didn’t even mention who was going to be there even. Turns out it was Rob Liefeld, John Romita Jr., and Marc Silvestri– with a quick surprise cameo by Stan Lee himself! The panel was moderated by Comic Book Men, Mike Zapcic and Ming Chen. What was great about this panel was that it mostly guided by audience questions. 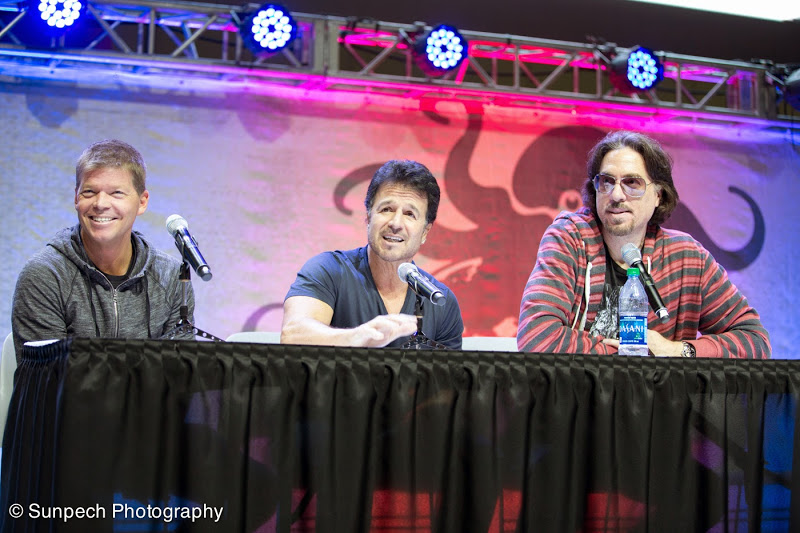 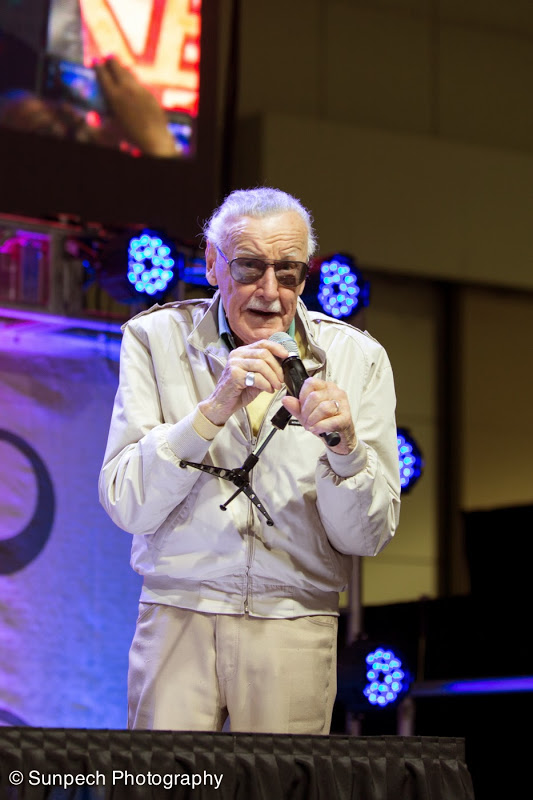 I’m a fan of the show so I made sure to attend the Constantine panel. 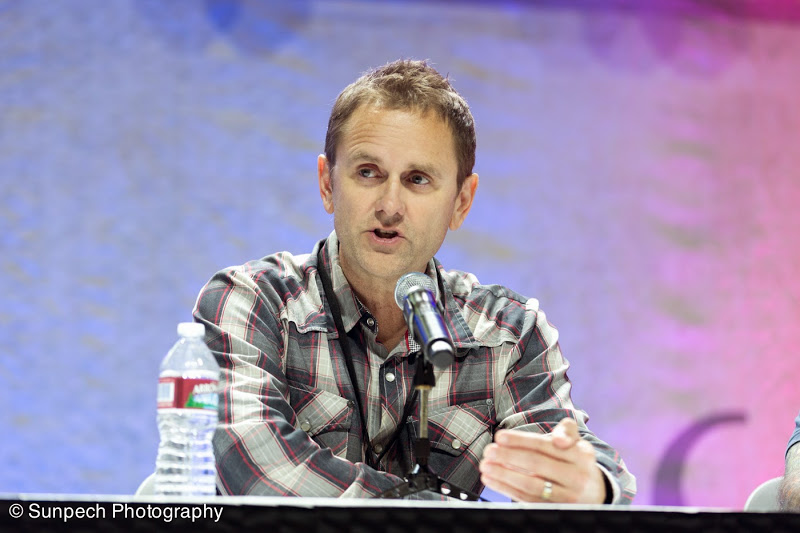 The contest was super fun to watch with the very adorable kids walking on and off stage. The judges really did have a hard time deciding who would advance to the next round from each group. It’s great to see kids have bigger contests at conventions.

I didn’t have any special pass to get in the photographers “den” up close to the stage, but I did stand around for a few hours to be right up front next to them. The amount of photographers they let into the area up front was probably too many– as I had to abandon using my 24-70mm lens in favor of the 70-200mm because a full body shot was pretty much out of the question. But I enjoyed that kind of troubleshooting as it allowed me to get closer portrait shots.

I really enjoyed the outfits, makeup, and enthusiasm on the stage. My only complaint was that some of the models walked a little too quickly across the stage and I wasn’t able to get any decent shot whatsoever. 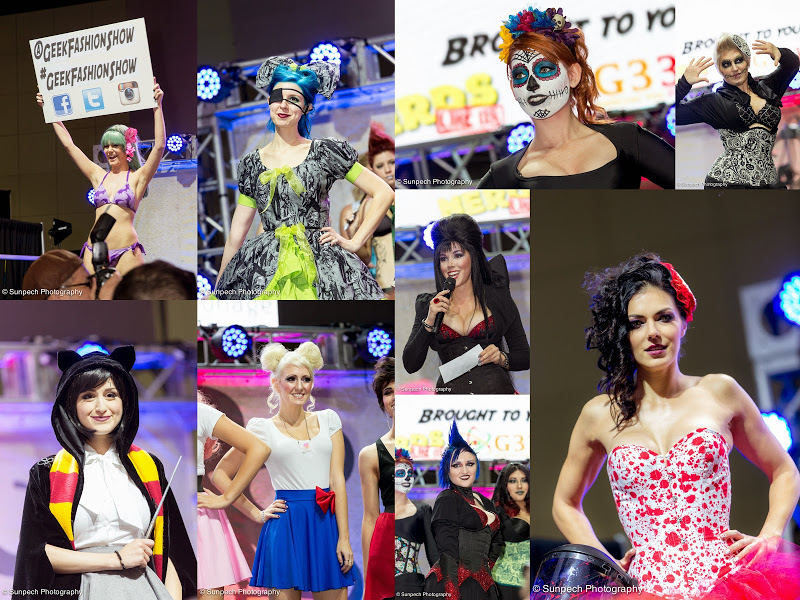 Comikaze is attracting not only more cosplayers, but bringing the level craftsmanship up higher and higher. The amount of time, energy, and money poured into make some of the costumes is probably in the hundreds and several thousands of dollars.

Again this year I arrived several panels early to be sure I would be up front to take photos. This will probably be the last year I do this as it’s very exhausting to stand in one spot for several hours, hold onto my gear, as well as deal with angry and/or inconsiderate fans also in the standing room area. More on this below in my final thoughts. 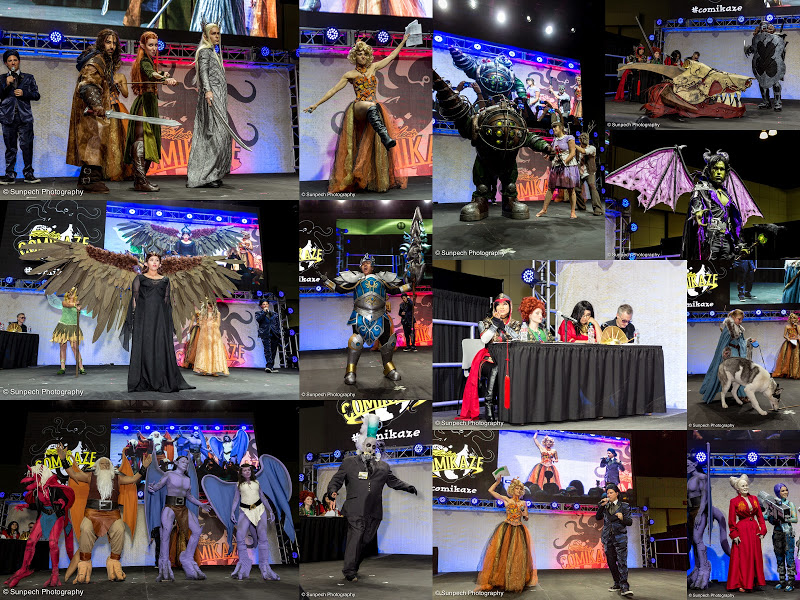 As I’ve stated in previous years, it’s important for events like Comikaze Expo to happen. San Diego Comic Con (SDCC) is just getting too big and will probably need to be split up. It’s just not feasible for the entertainment industry to push all their announcements and programming behind one giant event that is SDCC. A fan convention should’t make it so fans have to be uncomfortable to enjoy and/or get closer to the things they like.

Plus Disney’s Marvel and Star Wars (yes, Disney owns both!) are just getting huge with all the movies coming out. I wouldn’t be surprised if Marvel/Star-Wars leaves SDCC and becomes a part of Disney’s fan convention, D23 in the near future. They’re that big and popular that they don’t really need SDCC.

With all praise set aside, there’s still room for improvement.

The main stage this year still was mostly standing room only. It was nice they had seats to the left and right, but that also ate into an area where more fans could have stood. Or better yet, I’d like to see them move the main stage to a room with seats– or even give it a larger area, with seats. I’m not the only one that gets frustrated standing in one spot for several hours.

There’s also frustration with people standing in front of others, blocking the view completely. I get that it’s first dibs– if you’re there first, you get the spot. But there are definitely people who cheat and/or push their way to the front with no regard for others. Now having seats won’t necessarily change or improve people’s behaviors, but at least it will give a sense of space so you don’t get stepped on or pushed aside– or worse, trampled on.

Just look at this picture below of a press photographer that snuck up to the front from the side who took video of the True Blood panel. Not only was he not supposed to be there (only those with all-access pass can be there, he did not have one), but he was inconsiderate of those behind him that waited there for over an hour to have a good spot at the front to view the upcoming panel(s). And the cream on top was his refusal to remove his costume’s head gear that further blocked many people’s view of the stage. 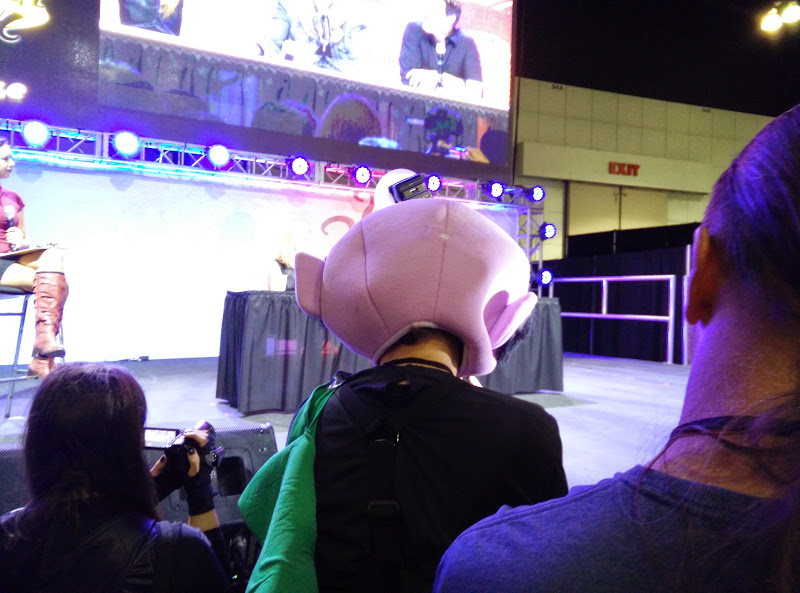