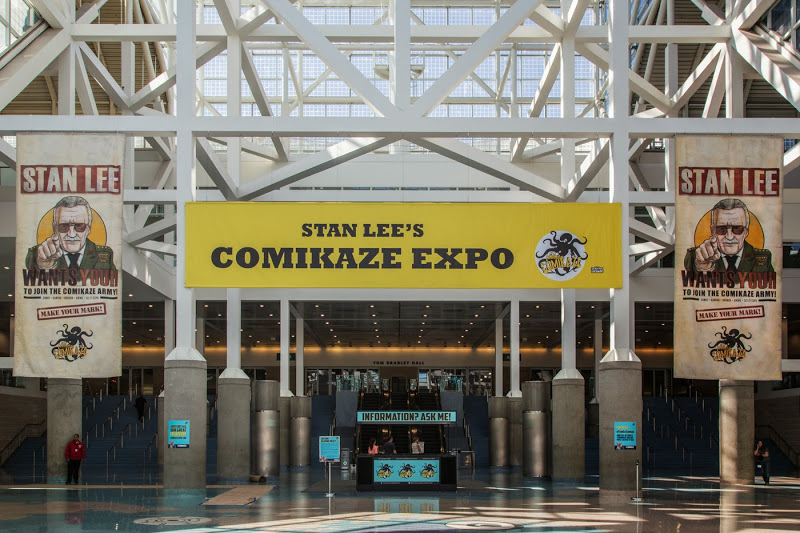 This past weekend I went to Comikaze Expo at the Los Angeles Convention Center. Last year I blogged about my experience and I must say that this year is a huge improvement. I want to share with everyone my thoughts and pictures I took of the convention.

But first I want to say that what Comikaze is doing is important. San Diego Comic Con (SDCC) is getting so big now that many comics/sci-fi/horror fans can’t even get tickets or housing to the huge event– it’s such a hassle! Not to mention it can get quite expensive to go to SDCC! This is where conventions like Comikaze Expo come in handy– to take off some the pressure for SDCC-like events, without the hassle.

On top of that, Los Angeles is the entertainment capital of the world. Why shouldn’t it have its own convention for fans of comics, sci-fi, horror, and all things geek?!

At SDCC, I can’t even get remotely close to my idols, celebrities, and panels because the lines are so large and the schedule so jam-packed that it’s impossible to see everything.

Again, I love what Comikaze is doing. It’s so important that they succeed here in Los Angeles. Okay, on to my thoughts!

Here’s where things got better:

One, the badges are totally the way to go. I spoke with some attendees in line and they also agreed that the badges are a big improvement. No one wants to wear a wristband for 2-3 days– eating, showering, sleeping with it on, no one. It was also really awesome that they allowed badge pick-up one day early on Thursday. I went and got my badge without waiting in a line.

Which brings me to my second point: the line management and security were better this year. Not the best I’ve seen, but the line wasn’t going out South Hall’s front door like last year. Those who bought tickets online got better service and those who purchased on-site had a bit of a line– not big though. This is a fair way to handle lines.

Thirdly (is that a word even?), Comikaze’s social media presence is amazing. Their Facebook and Twitter accounts are top notch and something everyone else can learn from. They have great content and social interactions with fans. This truly makes them live up to their slogan– “For fans, by fans”. They put out timely posts, not too much, not too little, and everything is relevant to their brand.

But that doesn’t mean there isn’t room for improvement. For one, no one beats the way San Diego Comic Con or Anime Expo (AX) does line management. Those guys are the best with how they keep the long lines of fans moving and in order.

It seems they use Elite to manage their security, which they’re good at. Unfortunately, they also seem to use them for line management, which really isn’t that good. On the first day, I arrived a bit early and ended up waiting in line for about an hour. It’s not that there was a line that bothered me, it was that it was rather unclear how the line was going to get everyone in quickly.

A picture of the line on the first day before they opened. 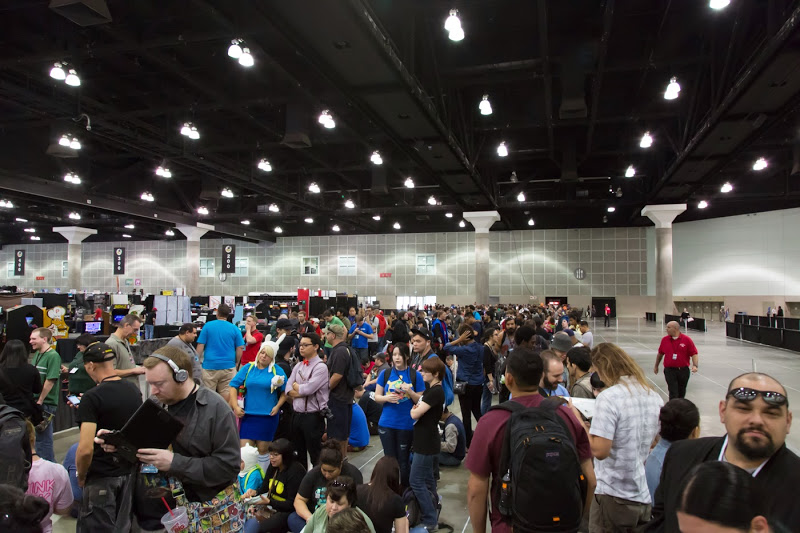 Also, it seems they ushered everyone in through the side of the building– the front and South Hall main lobby wasn’t open for people to wait in I guess? To me, this is a waste of space since fans and cosplayers could be hanging out in there AND wait in line to get in. This is how AX does it, and it makes better use of fan’s time to mingle, take pictures, and walk around to see what everyone else is wearing. Instead ushering everyone to one side and having them all wait in a queued section can be wasteful.

Especially since this particular queue wasn’t really handled fairly. From what I saw, you line up in one of several queues (rows basically). So you have Row1, Row2, Row3 for instance. Then, each row would then be divided in half. So then you have Row1A, Row1B, Row2A, Row2B, etc. So when it came time to let people in, Row1A and Row1B go in at the same time. The problem is that the people at the end of Row1A go in later than those at the beginning at Row1B, who technically are behind them.

This isn’t exactly a big deal when we’re only dealing with a few hundred people in line. Now imagine if there’s a few thousand– it’s a big deal then in terms of customer satisfaction.

As a fan and someone who detests lines, here’s what I look for in line management:

Fairness is the sense that there is one line of fans where people aren’t wandering to the front, cutting, etc. AX does a great job of this by marking the ground and having the line weave around. Then by having volunteers help manage the line so no one cuts corners is a great plus.

A picture of how Anime Expo handles long lines. 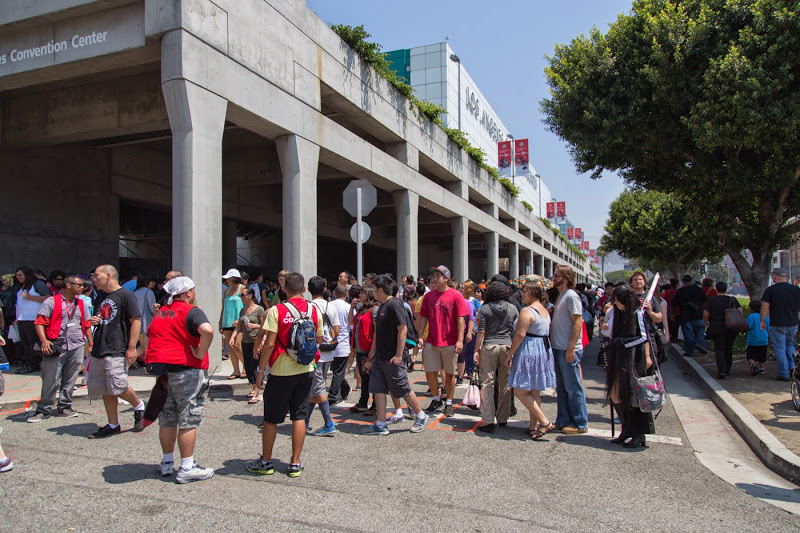 Movement is a level of efficiency so that everyone isn’t standing in one spot too long. It’s bad enough there’s a line, but the illusion that progress isn’t being made can be unbearable.

ETA is short for estimated-time-of-arrival. In general, I would like to know how long I will be waiting in line. Most importantly, I would like to know if I can get served eventually– I don’t want to wait in line only for it to be closed off before I get served. This wasn’t so much a problem this year, but I think it’s worth mentioning anyway.

The main stage is also an area of weakness. I know this is only their third year, and they’re probably going through growing pains a bit, but the main stage should probably get its own room or hall– with seats. Not necessarily a big one, just one big enough so that attendees can get in/out safely without stepping on each other’s feet. It can be rathering annoying to have a 6'4" guy in the front blocking the view of everyone behind him.

Overall, everything at Comikaze Expo went really well. I look forward to attending again next year and taking photos. Maybe I can score a photography gig with them and get an All-Access pass.

Here are some albums: 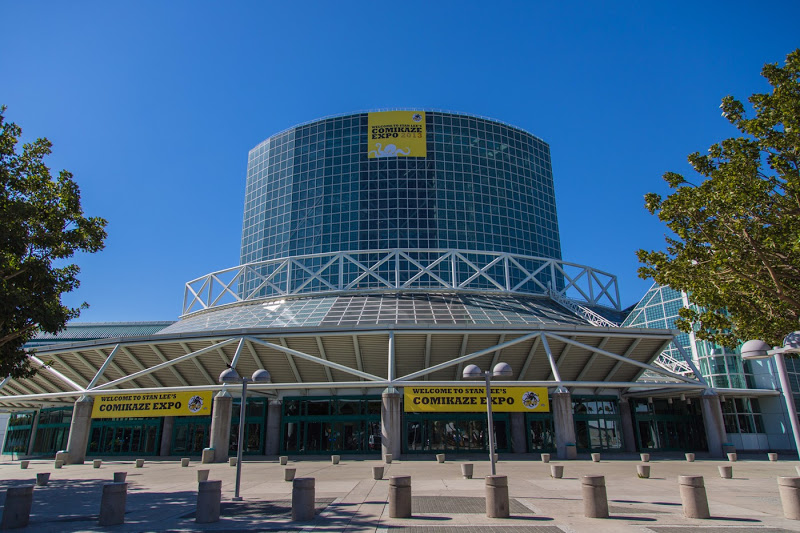 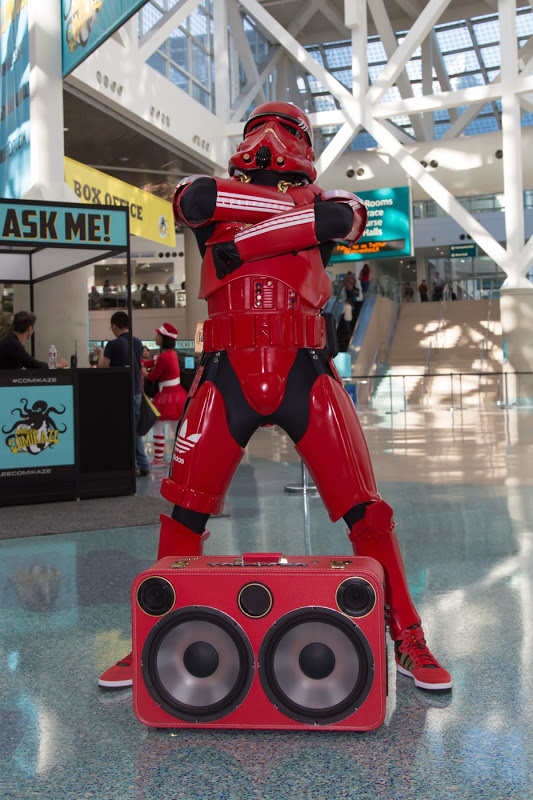 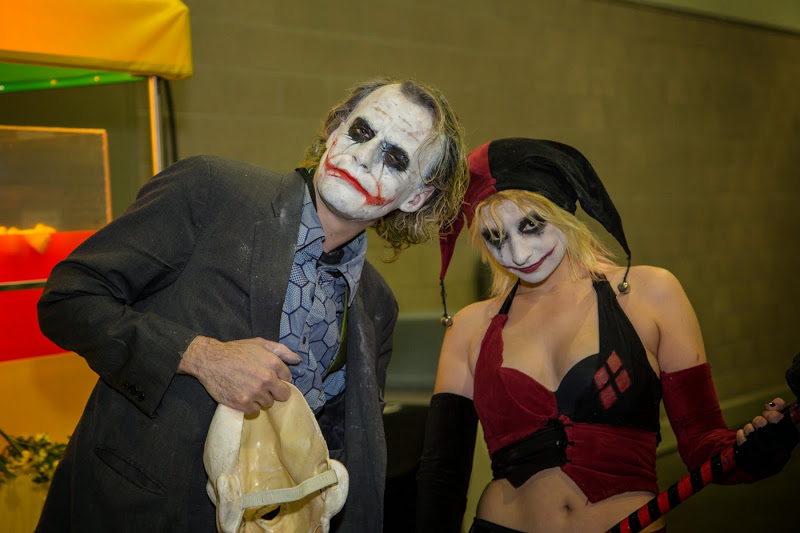 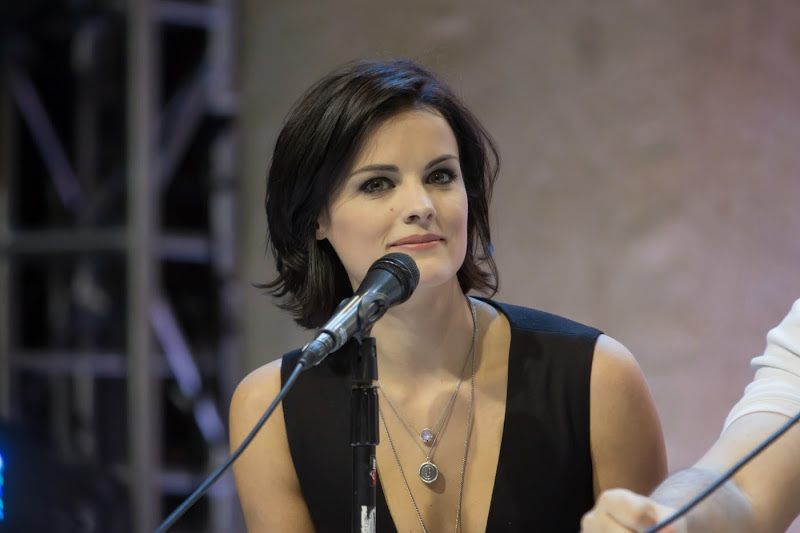 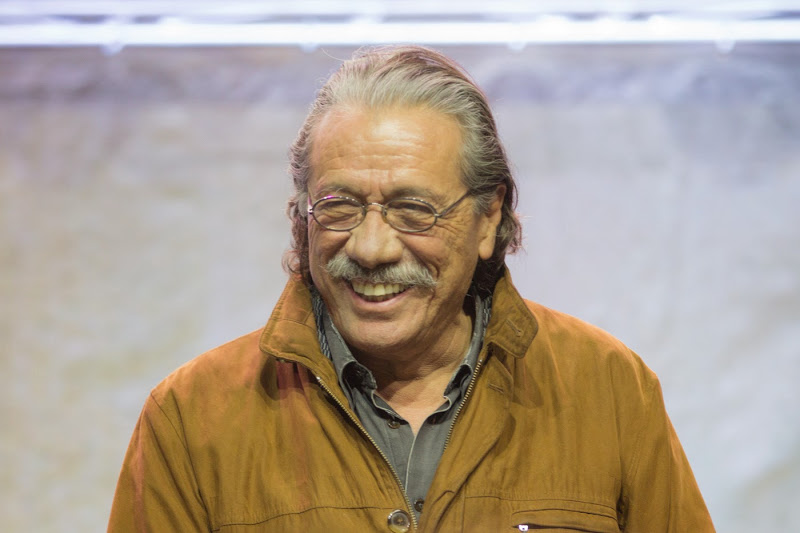 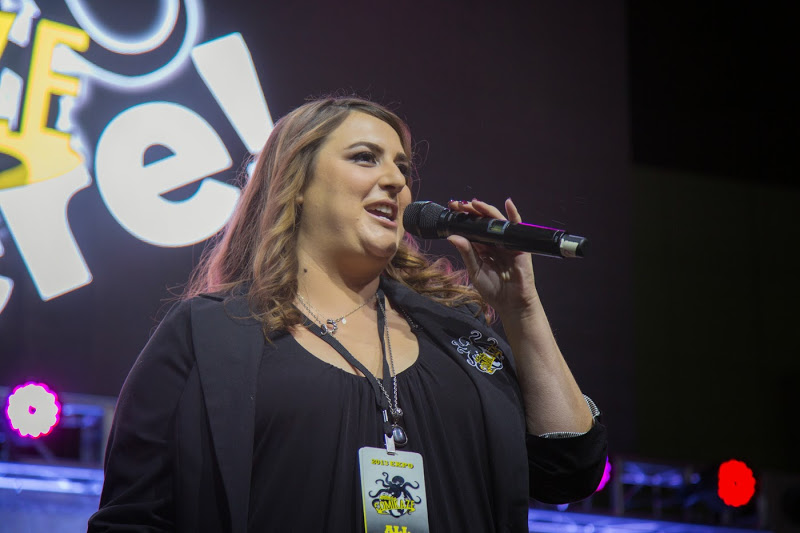 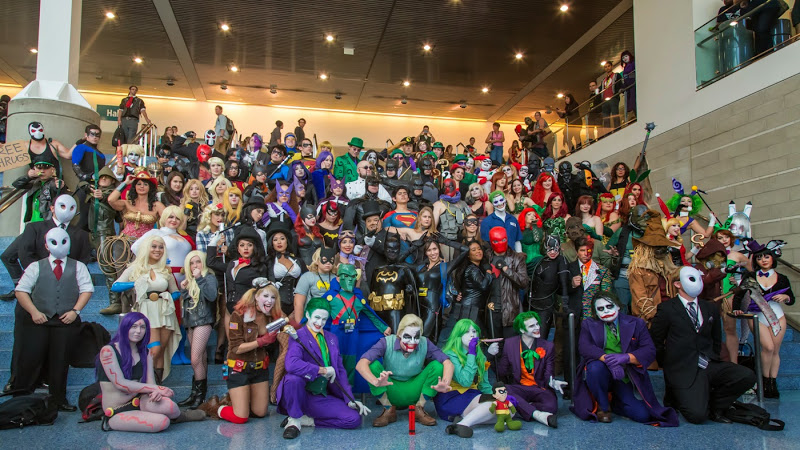 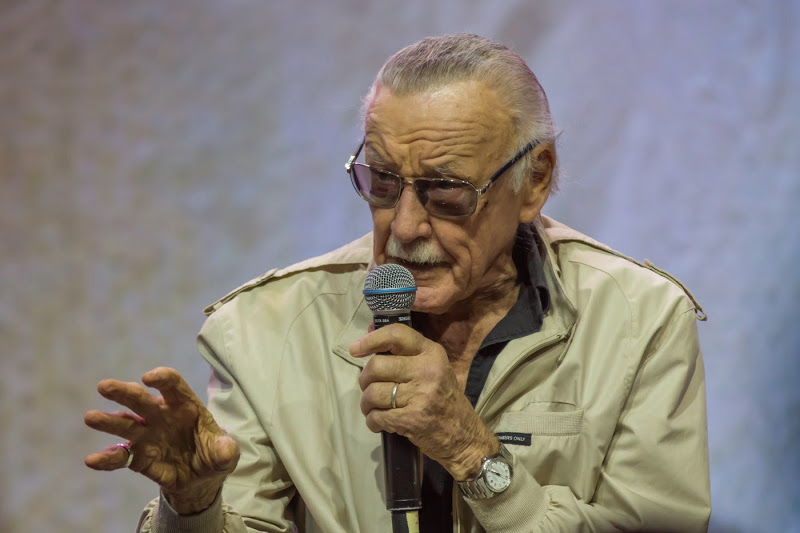 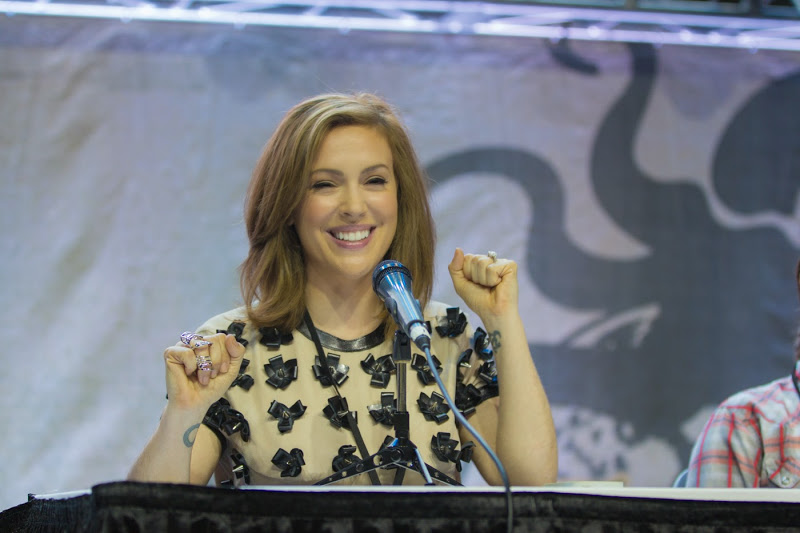 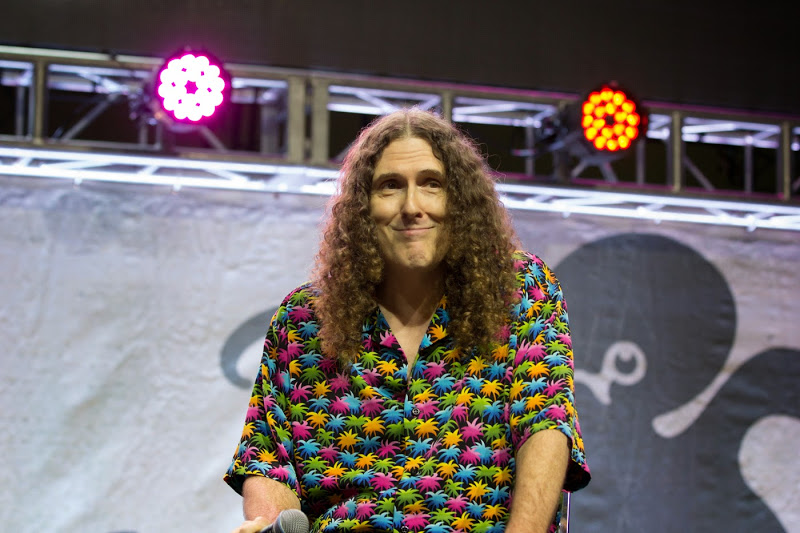 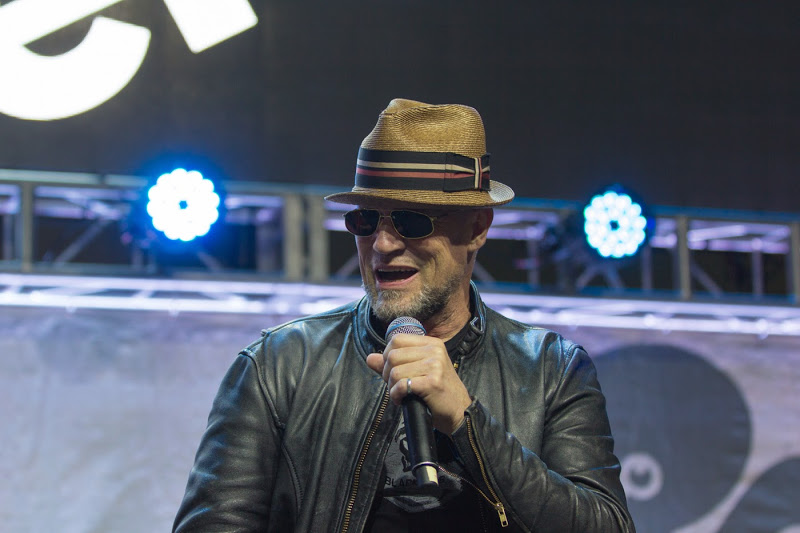 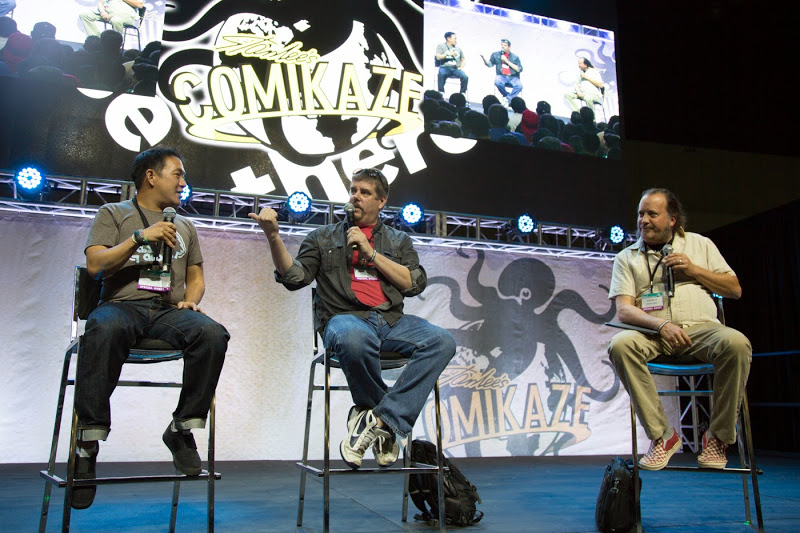 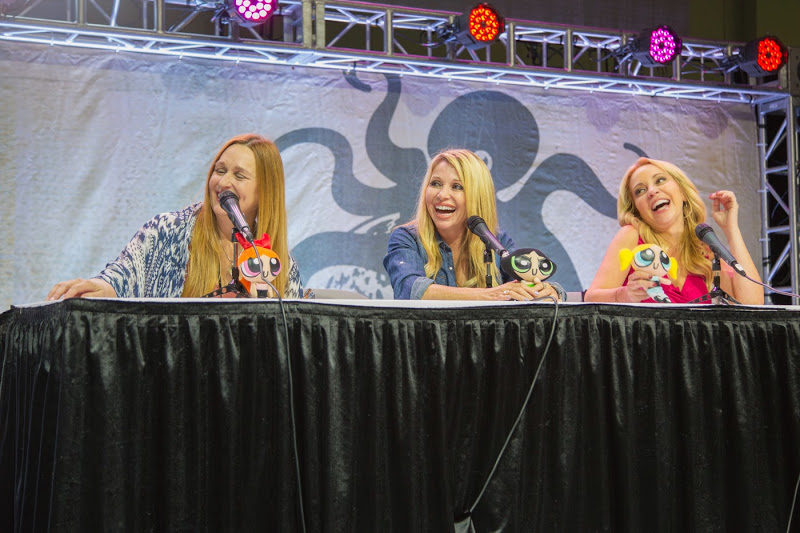 Saint Seiya from the Cosplay Contest 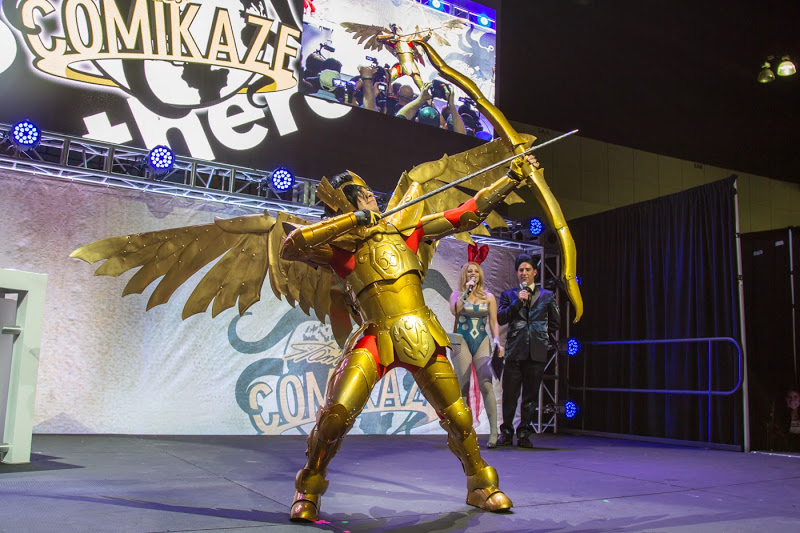 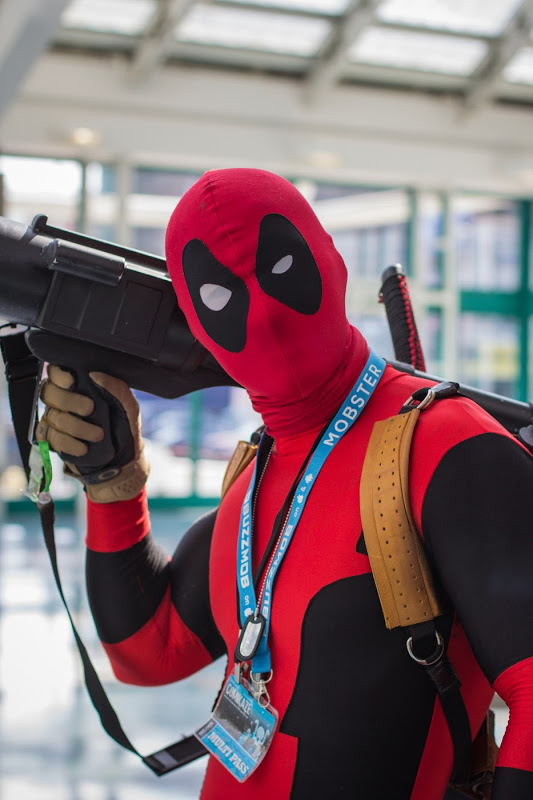 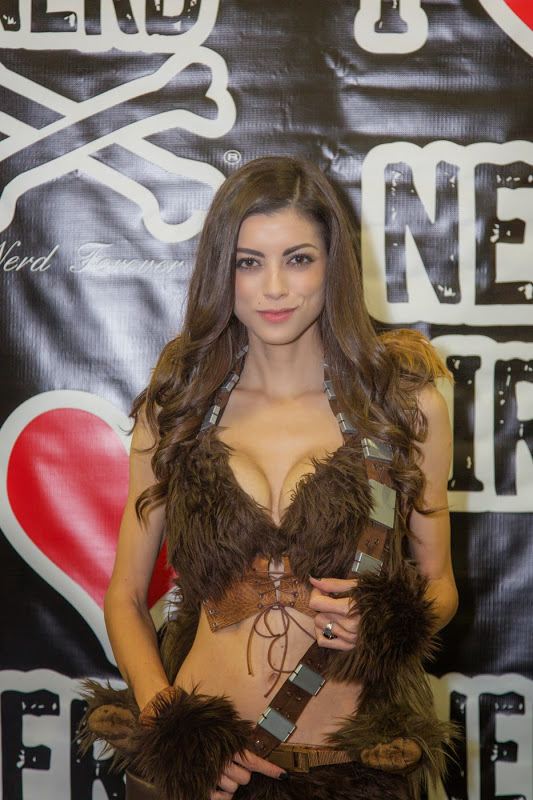 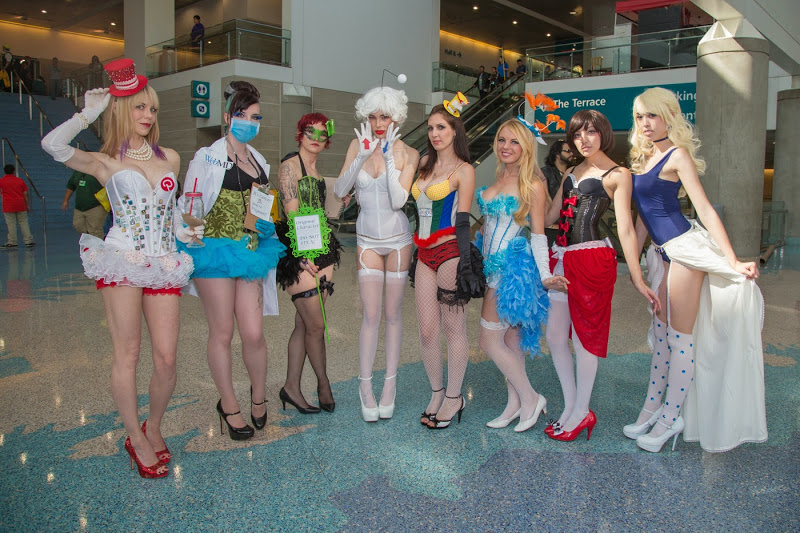 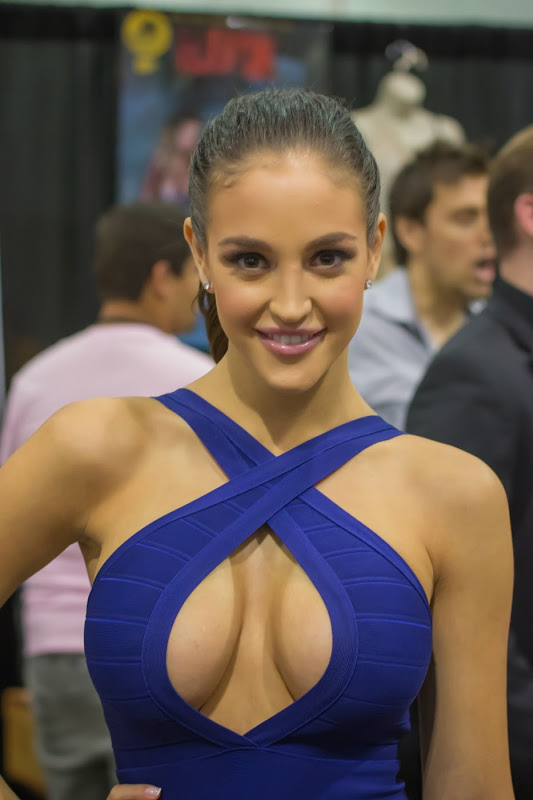 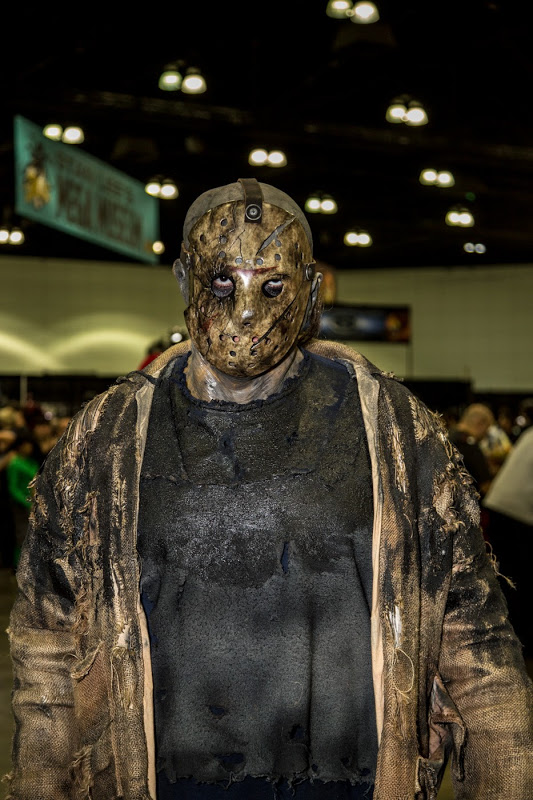 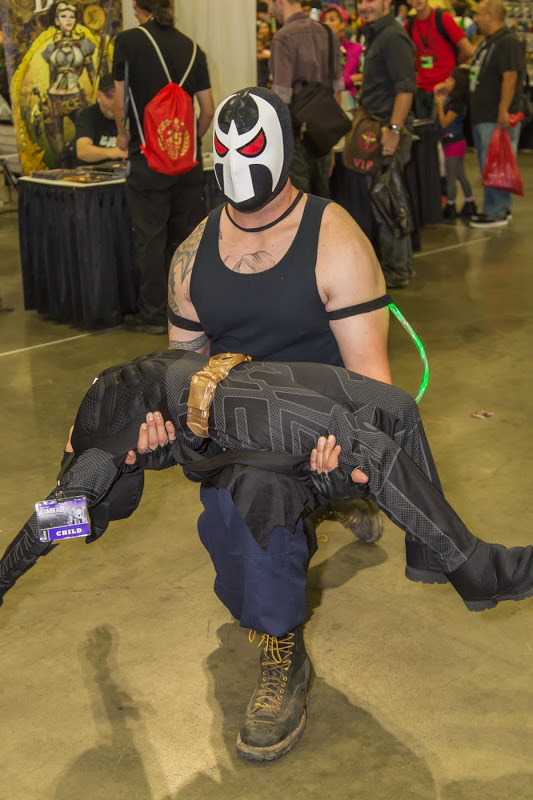 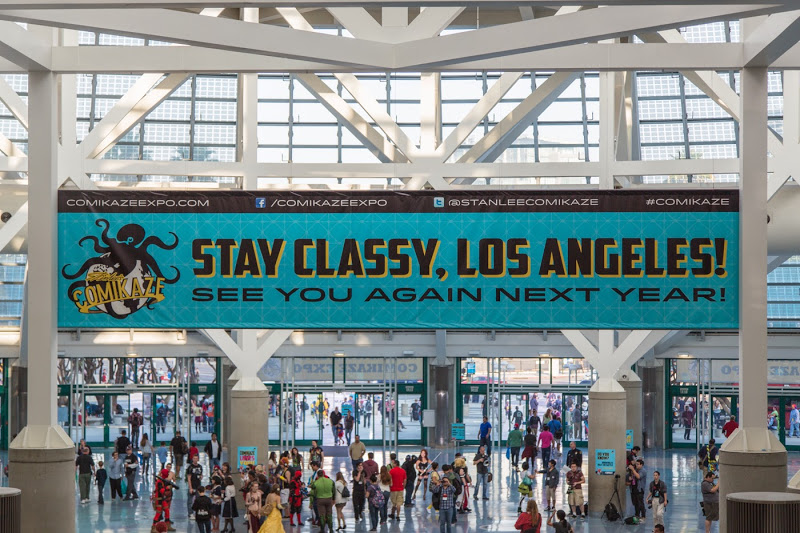 See you next year Comikaze!