This past weekend I went to Star Wars Celebration in Chicago. This was my first Celebration event I attended so I wasn’t sure what to expect. Overall, I’d say it was fun and very doable event for its size. What I mean by this is that larger cons like San Diego Comic Con is super fun, but it’s also super large where it’s not possible to do all the things you want. Celebration was isolated to an area about the size of a city block in two main buildings (McCormick Place and WinTrust Arena).

The one thing I loved was the amount of support fans gave each other and the guests often targeted by online trolls. I remember reading that Star Wars trolls and bullies exist just on the Internet, they don’t show up to cons because they wouldn’t dare talk like they do in public. 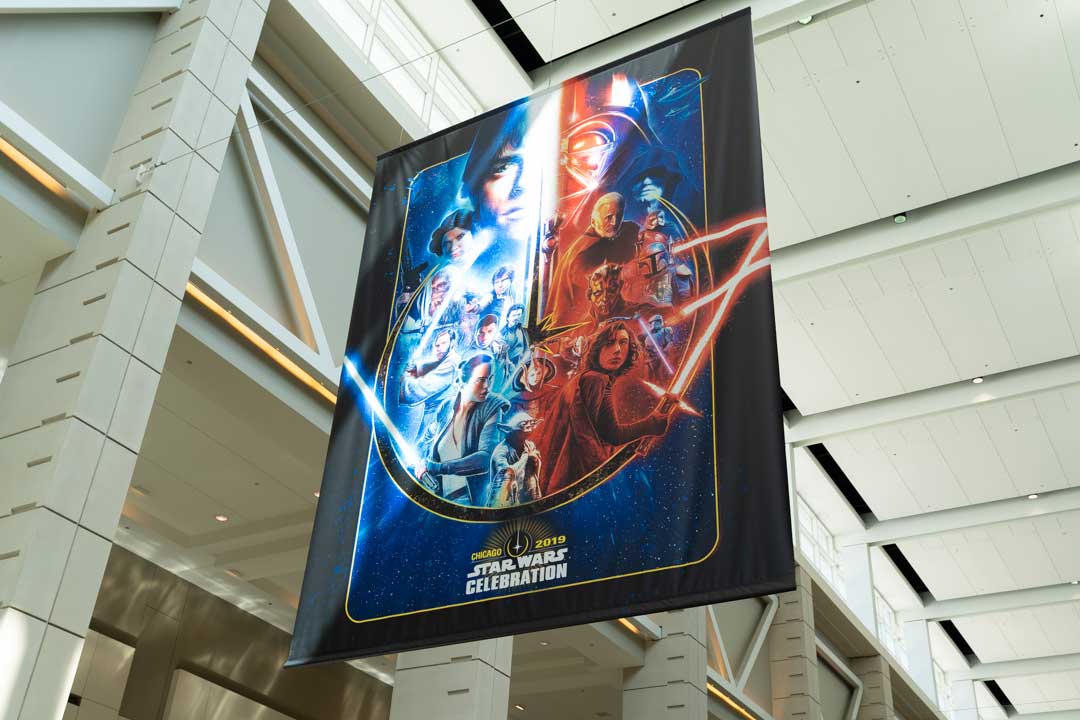 There was a big push to have everyone use the mobile app. But for the first two days, Thursday and Friday, there were many issues with it. People couldn’t get scanned, reserve spots for the stores, and other miscellaneous issues. What ended up happening was a huge 8-hour long wait on Thursday to get into the show store. The five scanning stations for prizes were down and couldn’t scan people to win prizes, which was a huge disappointment.

Reed Pop is the event organizer and usually does a pretty good job. I get the feeling they were trying some new things out and are going through some growing pains. Just a few weeks ago they put together C2E2 on the other side of McCormick Place and I thought it went rather well. 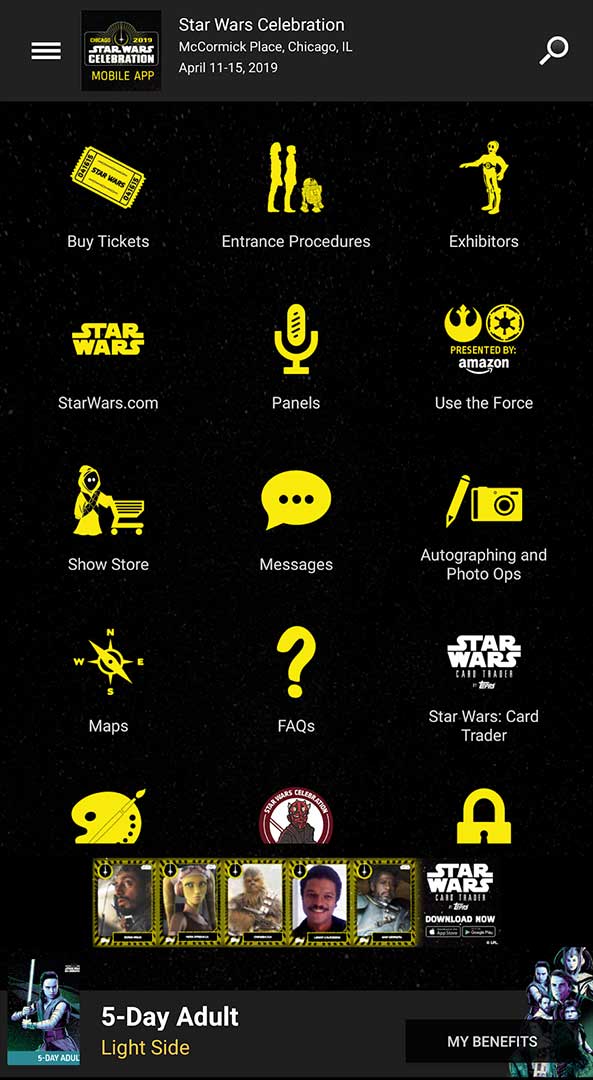 The exhibit hall was smaller than I expected. I was able to walk the entire floor in under two hours with moderate browsing of toys and displays. That said, there was an amazing variety of Star Wars vendors and booths set up. There were booths for fan groups, big vendors (Hasbro, LEGO, and Funko), books, local businesses, etc. I especially liked finding old Star Wars toys from the early 1980s that I once owned and played with.

I won the lottery for two panels at the Wintrust Arena:

The line management really needs some work. I was able to walk into one of the Wintrust Arena panels without my QR code ever being scanned. I hope my info isn’t stored somewhere because my QR code wasn’t scanned and registered as entering. I wouldn’t want to penalized because someone working the lines wasn’t doing their job or their scanning app crashed.

There was a large number of cosplayers, especially in groups, all over the place. I must confess it was a bit overwhelming to take photos of Star Wars cosplay again and again. I have nothing against cosplayers or anything, but some times as a photographer I don’t want to have fifty shots of stormtroopers. What I think most photographers want is variety to their set of photos. 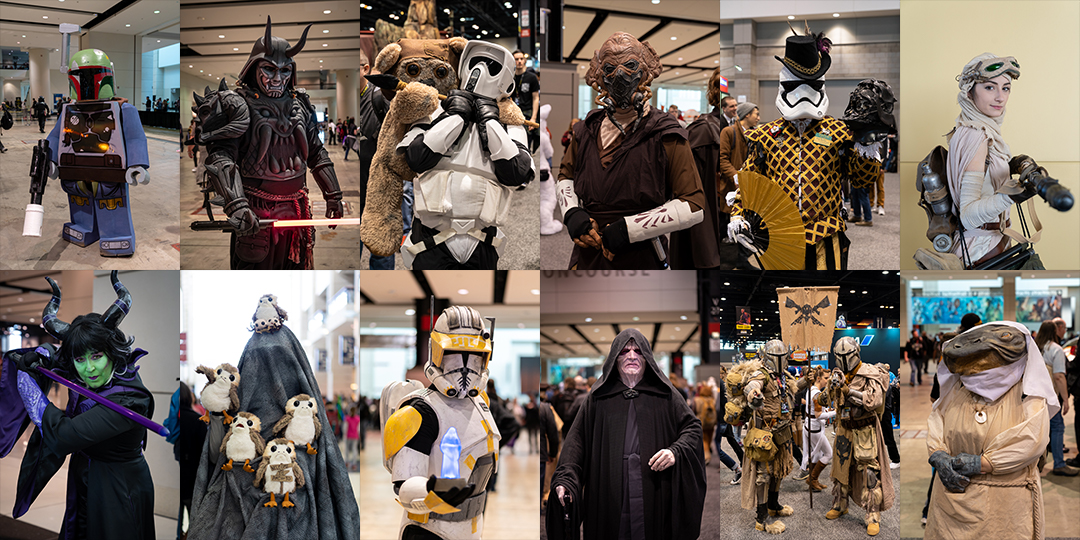 I bought a 5-day pass, but I honestly feel that only 1-2 days was all I really needed for Celebration. I’d say Friday and Saturday were the most fun and worthwhile days for panels and cosplayers in general. Otherwise, the livesteams are often good enough and there’s always someone who leaks video of panels that don’t allow video recordings.

The lottery system for panels and exclusive merchandise is a really great thing, but needs to be improved. A lot of hardcore Star Wars fans don’t mind waiting or straight up sleeping in line for their favorite panels or toy exclusives. The city of Chicago probably doesn’t allow that outside the convention center. There were problems and confusion with how the lottery system worked as well as people winning lotteries for days they didn’t even have a ticket. All this needs to be fixed and improved considering fans paid $100-200+ for their tickets.

I was reminded how much I dislike taking photos on the actual exhibit floor. The problem with roaming around the exhibit hall crowds is that there are too many photographers crowding the get shots of cosplayers. It’s just a mess for cosplayers knowing where to look while other casual photogs steal their attention away. It’s really not my preference to capture photos there.

Would I go again? Sure, if it was convenient for me to get there. And I probably wouldn’t buy tickets for all the days unless I knew I was going to enjoy each and every day. I love Star Wars, but probably not to the level to spend five days straight there.