This year’s C2E2 was by far the largest and busiest I’ve been to. There seemed to be a bigger space rented out for the event over at McCormick Place. I didn’t bother to apply for a press pass this year and just went ahead and bought a 3-day pass. I’ve been denied 2 years in a row now and didn’t feel like applying– perhaps next year.

Like many other comic conventions, C2E2 offers mailing of purchased badges if they are bought before a deadline.

One thing my photographer friends and I noticed is that security is clamping down on their lighting stands and setup. It seems photographers should only setup on the floor space that C2E2 has actually reserved– so the area by the downstairs fountains are off limits now.

This was the year I finally bought the Wild Bill’s Soda C2E2 exclusive stainless steel mug. I think it looks pretty cool, plus they have soda station setup there for free refills the day of purchase, $5 for any day after anywhere. Costs $25. 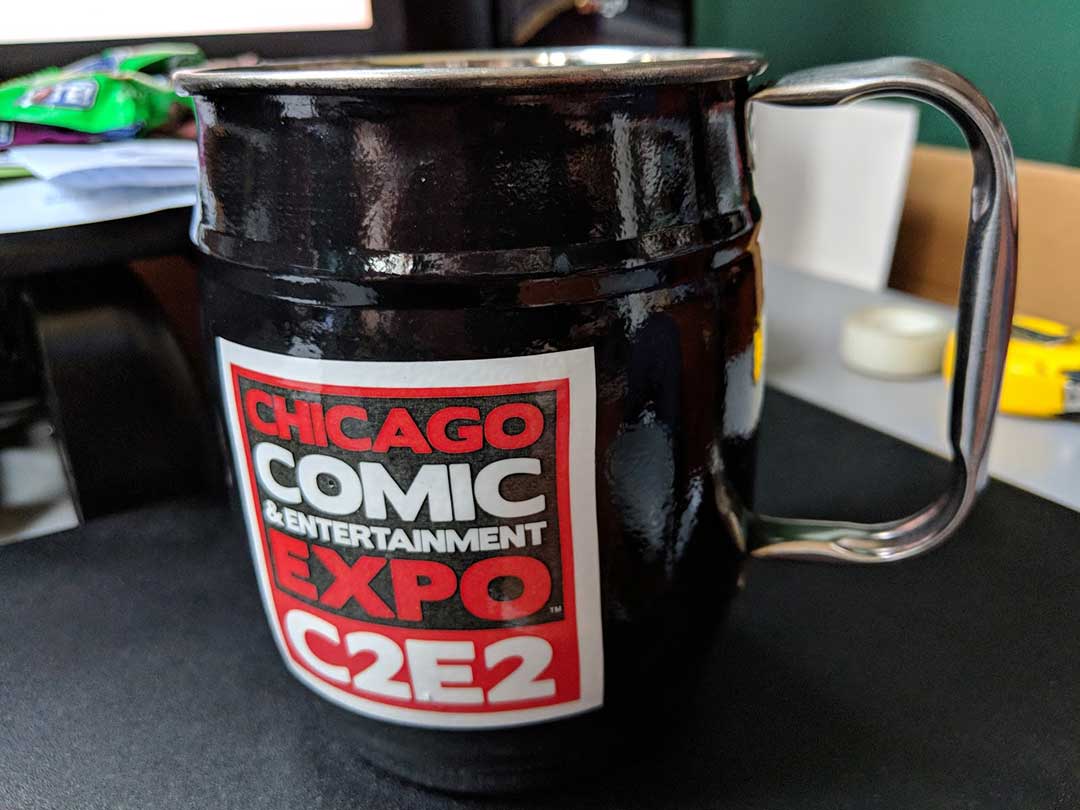 As like previous years, I tend to focus my time more on panels and celebrity spotlights for C2E2.

Ricky White and Yetide Badaki were on stage at the SyFy Wire stage to talk about American Gods. I think it’s a very under-rated tv show that people should pay attention to more. 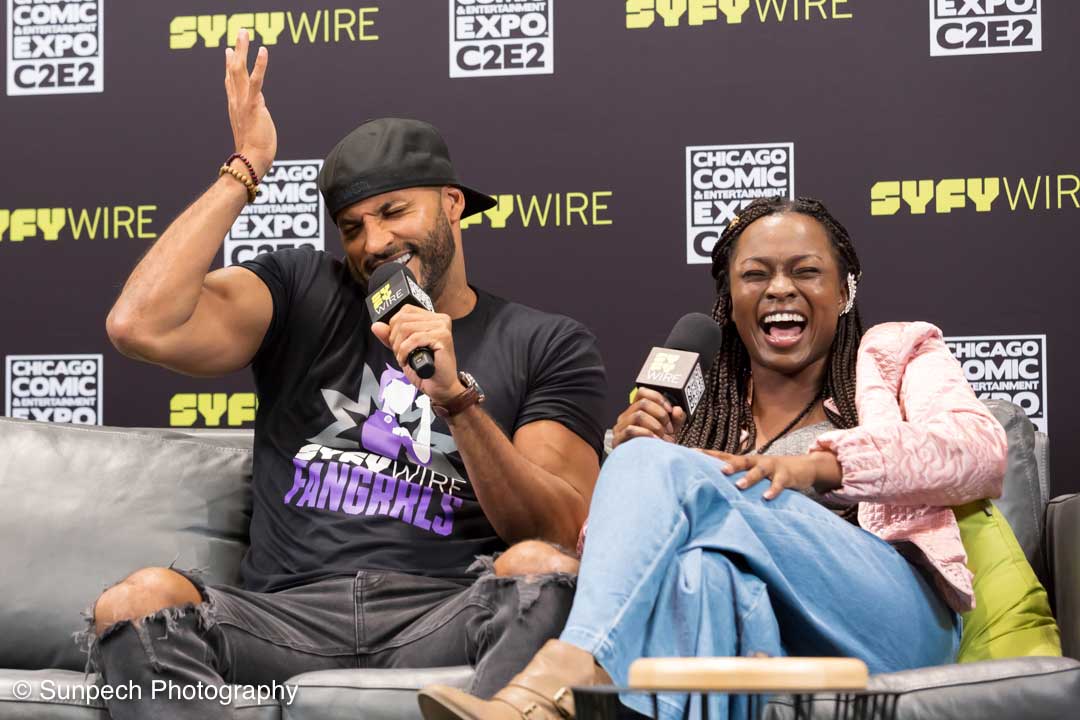 The Daredevil You Know - Spotlight on Charlie Cox

Spotlight on Charlie Cox and his hit Netflix show: Daredevil. During a fan question it was brought up that he was also in Stardust, a good movie based a comic! 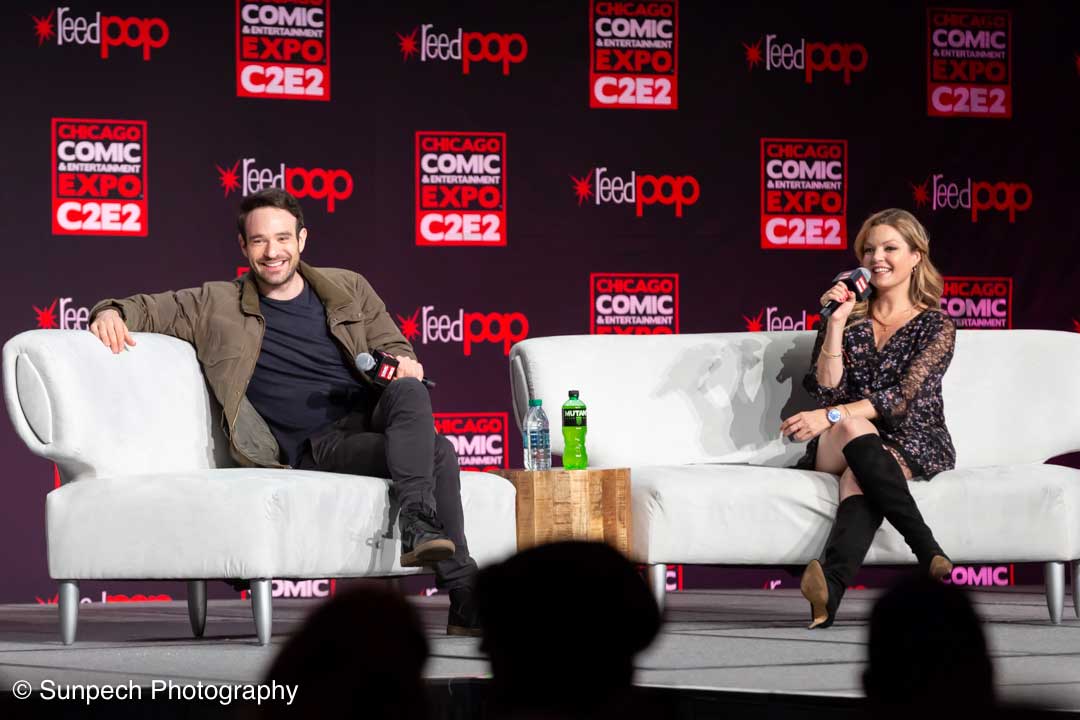 Guardians of the Galaxy with Dave Bautista and Sean Gunn

I went to both panels with Guardians of the Galaxy stars Dave Bautista and Sean Gunn. 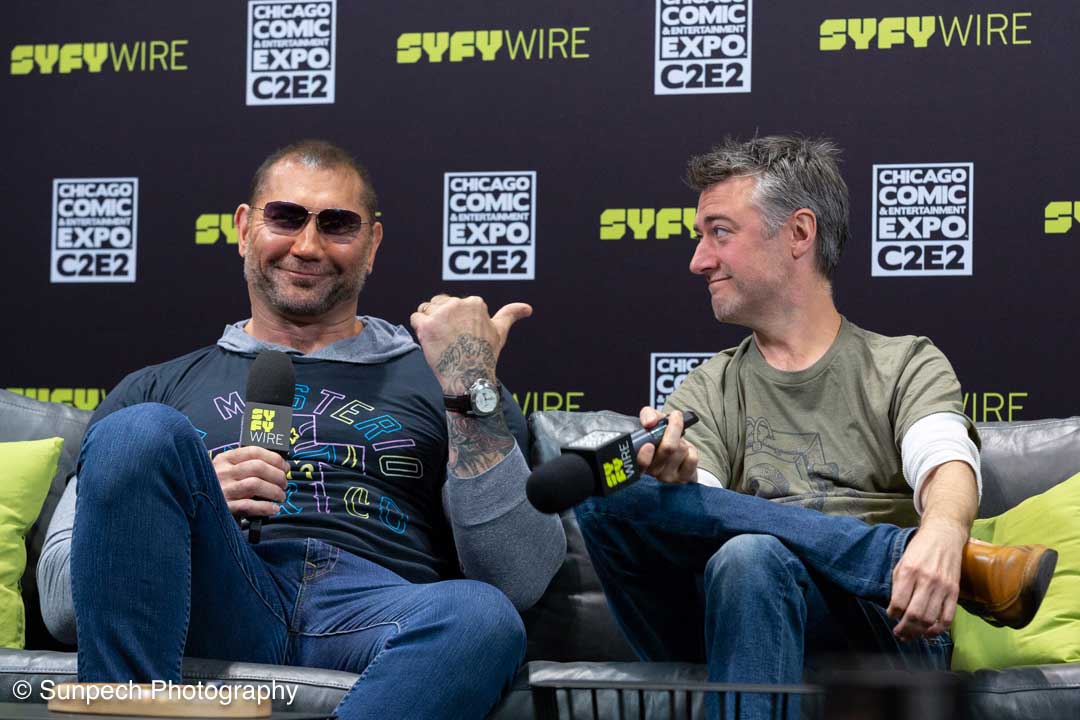 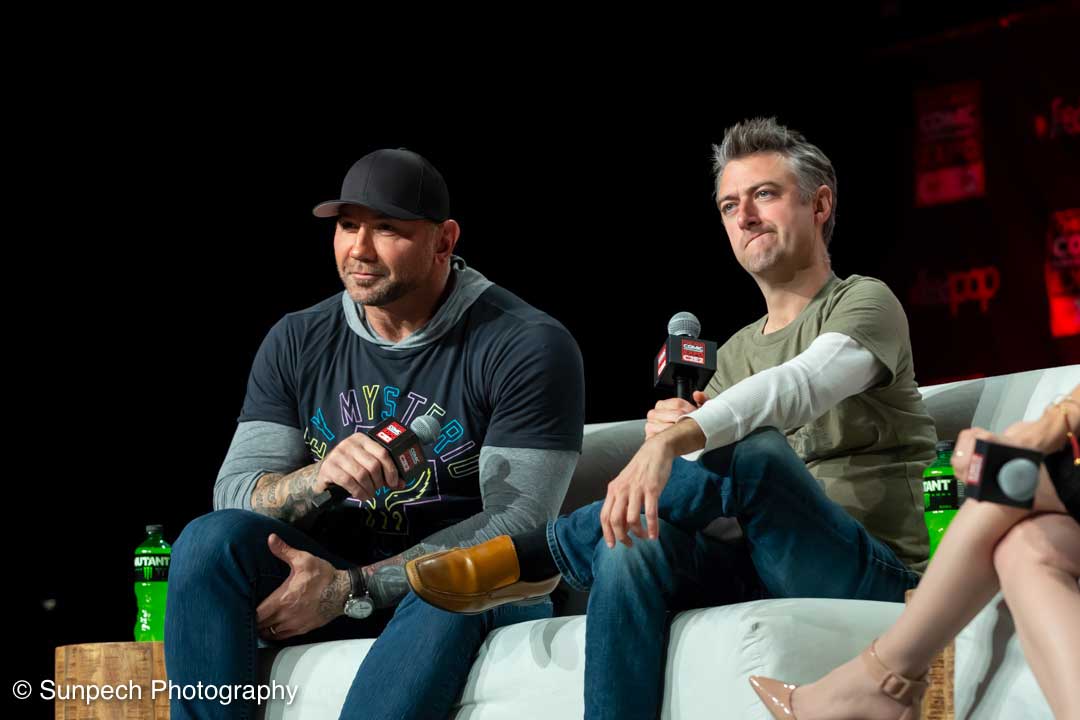 I haven’t watched Legends of Tomorrow since the first season. I’m generally not a fan of the CW shows. Brandon Routh, Caity Lotz, and Dominic Purcell were on hand to talk about the show. 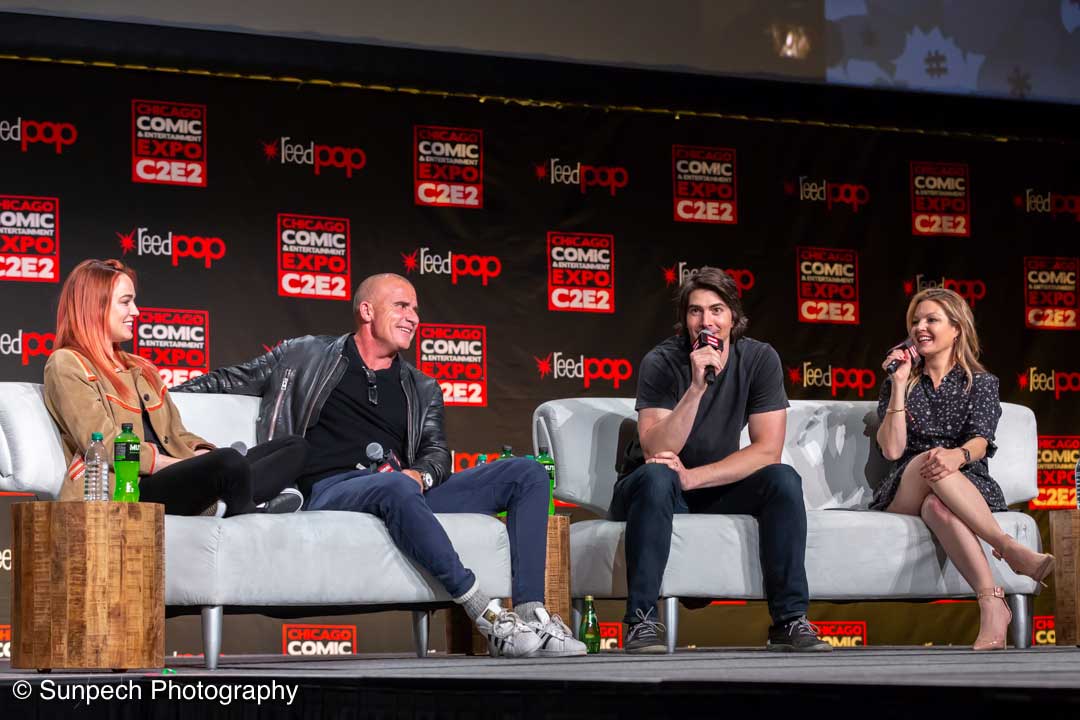 This is - Milo Ventimiglia and Justin Hartley

I haven’t watched the show This is Us, but there were plenty of tears flowing in the audience during this panel with Milo Ventimiglia and Justin Hartley. 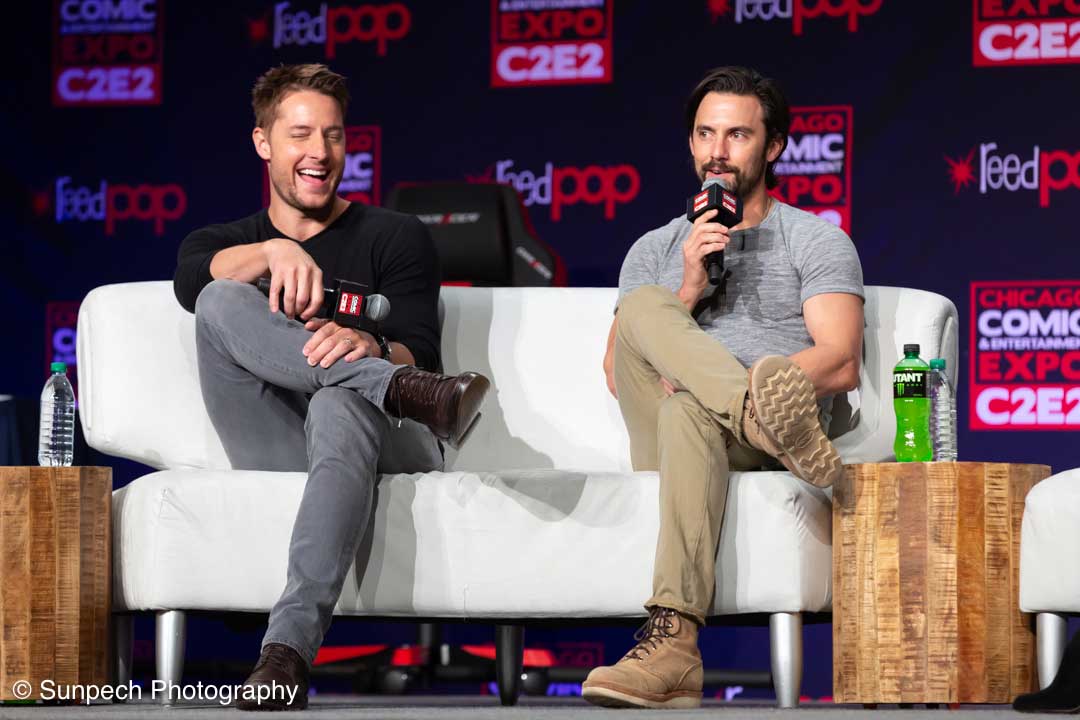 Leaves of the Wind - Gina Torres and Alan Tudyk

Actors Gina Torres and Alan Tudyk were talking about their current and past shows. This was the best panel with the largest audience in the main stage. Tudyk was signing random things for everyone who got up to ask a question from front pages of scripts, books, to old room keys. One takeaway, Firefly is probably never going to be picked up again. Let the past be the past. 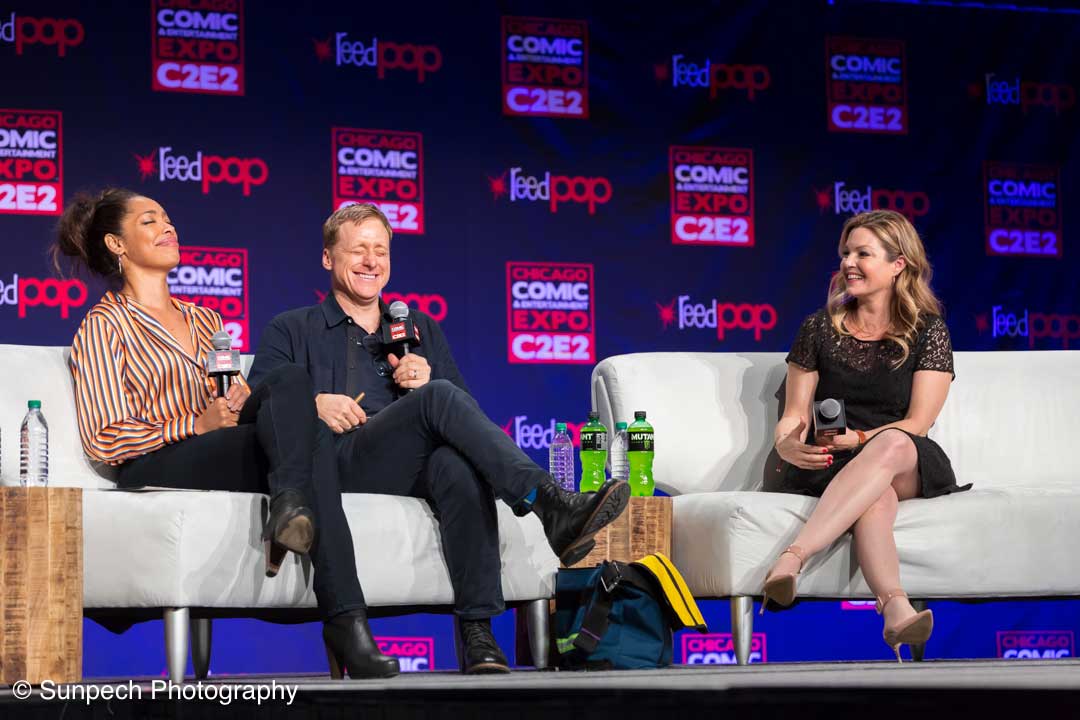 As always, the cosplay keeps getting better every year. This year the Crown Championship of Cosplay wristbands, which lets you into the main stage, was completely handed out by the time I got there around 1pm on Saturday.

C2E2 may be going through some growing pains. I think cosplay, especially with the championship taking place in Chicago, is getting bigger and more crowded. I’d like to have them dedicate a bigger space with good lighting just so cosplayers and can hang out for photo ops. I know they have an area inside the show floor for this, but the lighting and area is not big enough. 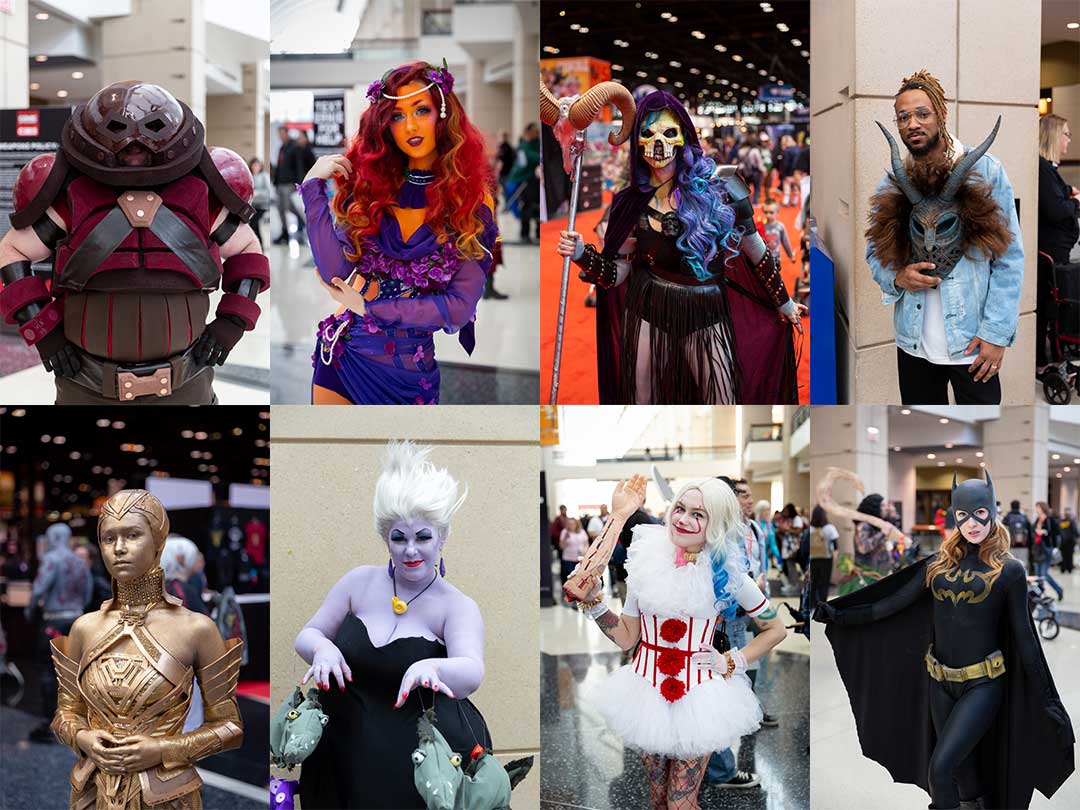 Here is my favorite cosplay from the weekend. 1977 Darth Vader toy cosplay! I had two Star Wars toys as a kid: Darth Vader and Obi-Wan Kenobi. I lost the plastic saber piece to both of them, so I ended up substituting toothpicks and colored paperclips instead. The cosplayer’s IG is: @tk61281, if you want to follow his work. 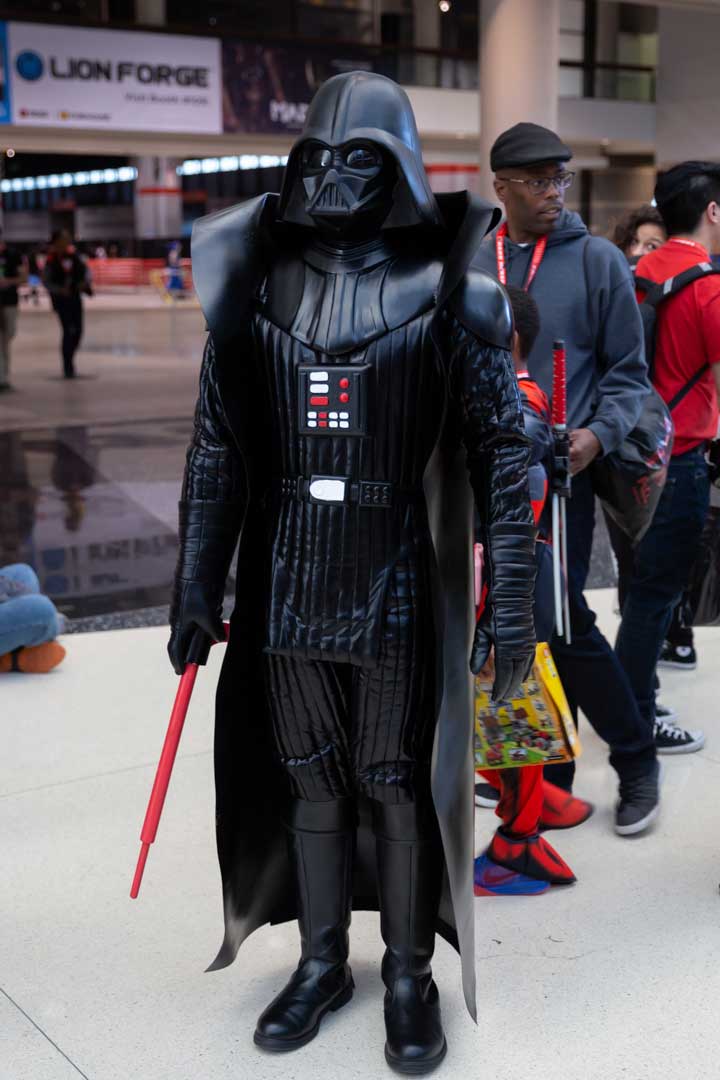 Here are links to full photo albums on my Facebook Page.

C2E2 is a great con to attend in the Midwest. It gets bigger and better every year. Better security was something that stood out this year, as it was a hassle to do some things like take photos at the main stage or go through a security check point to get in. It’s a hassle, but not a headache like SDCC or Anime Expo.

They seem to have a good social media strategy on their @c2e2 (twitter) and @c2e2 (instagram), as the do contests and scavenger hunts the weeks before and during the con. They seem to really care about their fans– especially if you are local to the Chicagoland area.