San Diego Comic Con (SDCC) has come and gone. This year marks my seventh year going to SDCC! Each year I have a good time, but every year it becomes less about the convention floor, offsite experiences, and buying stuff. Going to the con is now more about taking photos and attending panels. 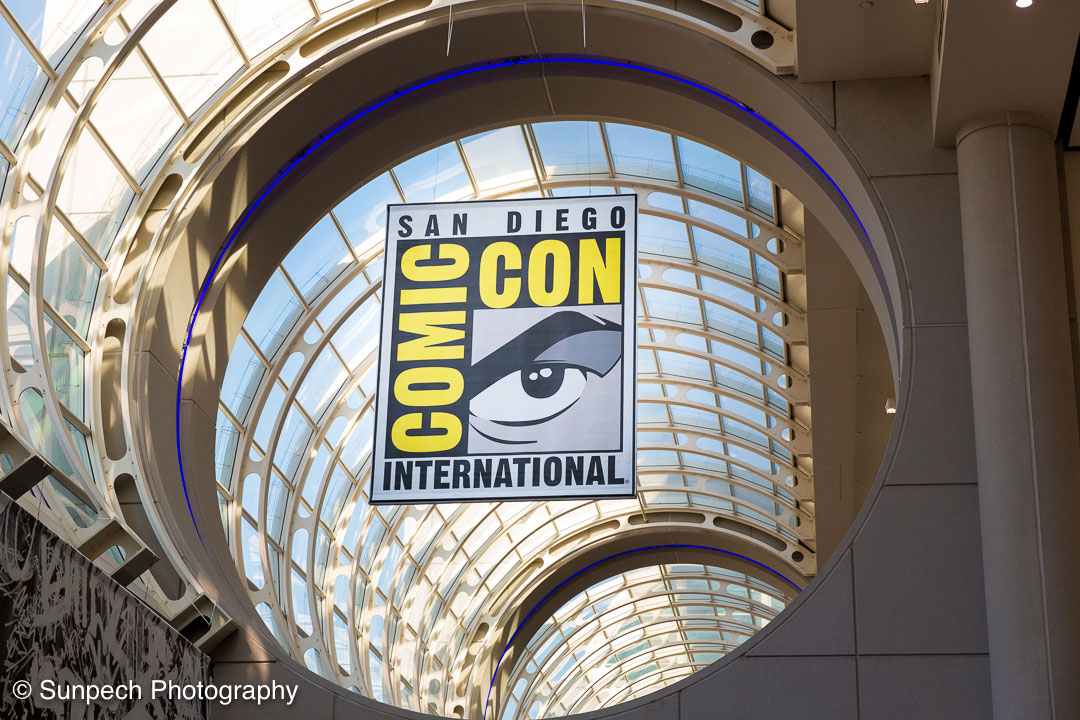 I love taking photos of cosplayers, but it’s really difficult to be at the right place at the right time to catch some of the awesome cosplay. Unlike Anime Expo, SDCC doesn’t have central locations that are great for photos. It’s too much about walking around and hoping you run into something amazing. 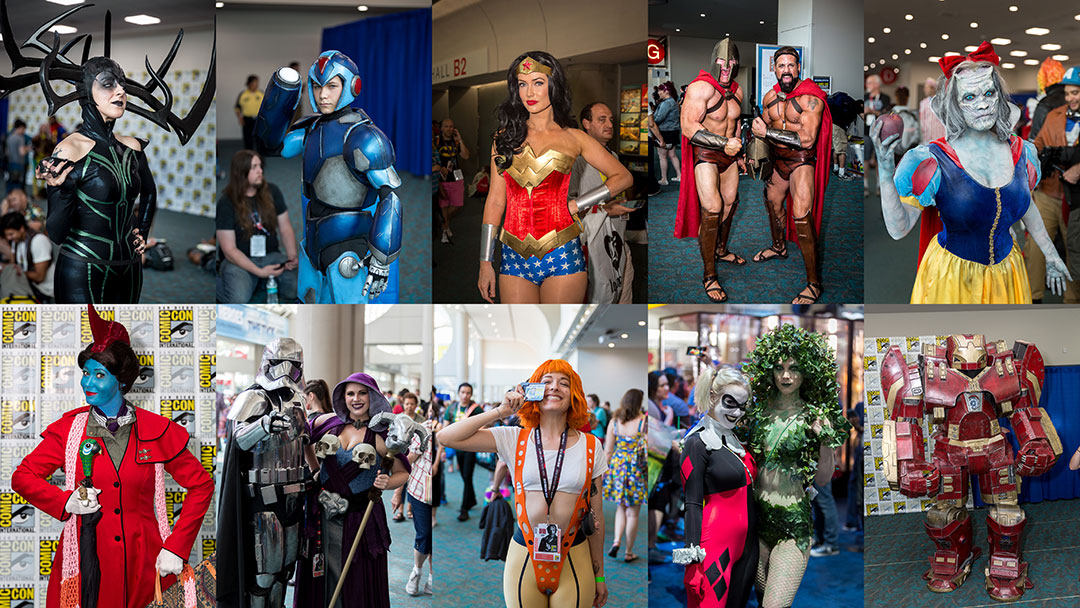 The WB booth is the best place to catch and photograph celebrities from the mainstream panels. The other booths that they sign at are the Marvel, DC, and Fox booths primarily. The lighting and no-static-crowd-gathering is what makes the WB booth a favorite for photography. The Marvel and DC signings lets crowds gather to stand in area, but most people will never get a good shot because no one moves anywhere.

Like previous years, the crowds at these signings are getting bigger, and more unwilling to take direction from the security services.

I still take issue with some rude security guards that throws their hands in front of your cameras, but I also empathize with them a bit for putting up with large crowds that stay in unsafe numbers in an area. 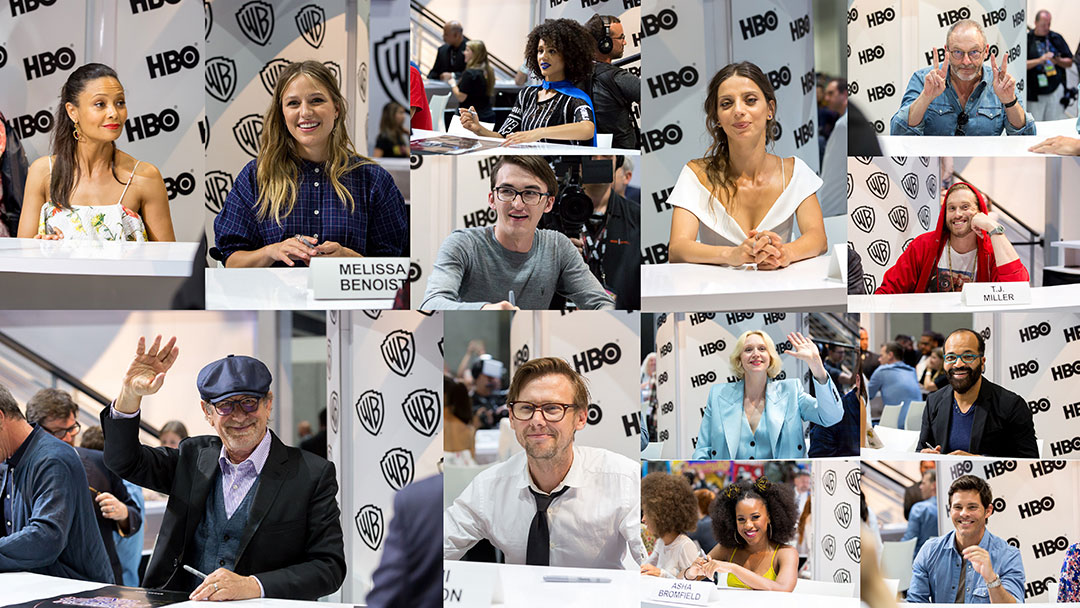 The show floor is more or less the same it’s been for the past few years. This year I noticed that there were actually more comics and less FunkoPops for sale.

Lines are still a big problem. Hall H and Ballroom 20 lines can still be pretty crazy long. Fans still camp out to get in and are essentially camping out at night through morning at times. Then there’s the lines for the off site areas that are also generally mismanaged. In short, unless you really really want to experience something, you’d better be prepared to wait in line in the sun. 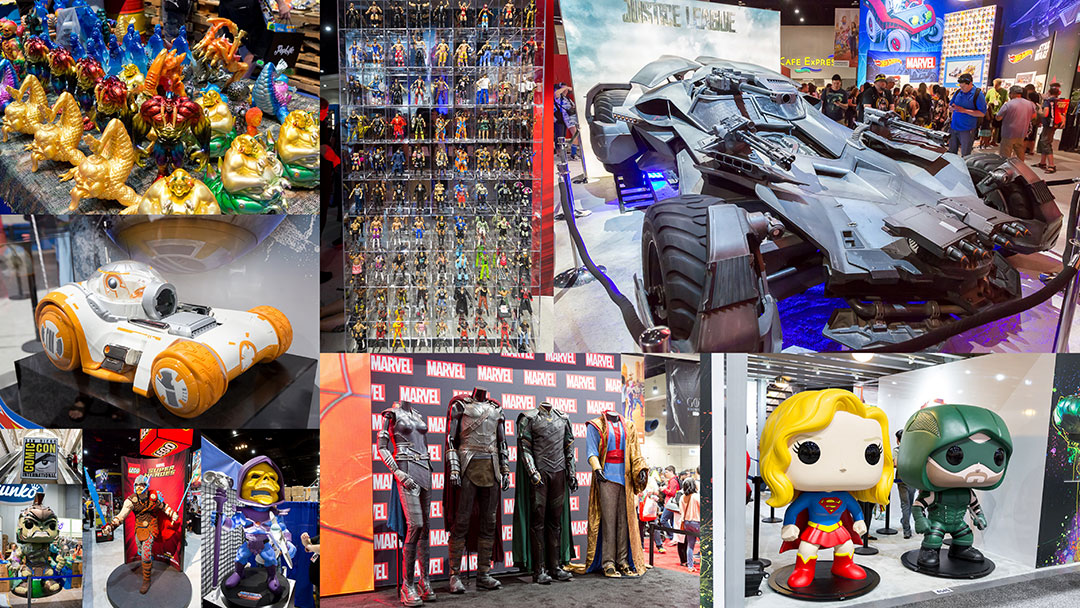 I didn’t take as many photos this year as previous years. In my group my 9.5 month old niece was with us so I wanted to spend time with her and take photos of her cosplay outfit as well.

Here are some useful resources for things in and outside of Comic Con:

These resources will help you with everything from getting tickets, understanding rules, the schedule, etc.

Here are some post-con reviews:

San Diego Comic Con is still very fun. As long as there are amazing TV shows and competing movie studios that bring it, SDCC will continue to thrive. The merchandizing that goes on looks to be incredibly lucrative as so many vendors continue to return every year.

The lines are always a headache. When you have a mass gathering of bodies like this, there are always so many that take advantage of others and chat the line system.

I still hope for a day when a livestream will open the convention to more people/fans/consumers. The fans want to see it and spend money, and I’m sure the companies want to make more money from more fan participation.