I enjoyed watching Guardians of the Galaxy Vol 2, it’s what a space adventure movie should be! What I especially love about the movie is that every character has his/her moment in the movie. It’s a great sequel to the amazing first movie.

The movie has FIVE post credit scenes, yes 5, so be sure to stay through the entire credit scroll to catch them all. This is my spoiler filled review of the movie, so read no further if you haven’t watched the movie yet! 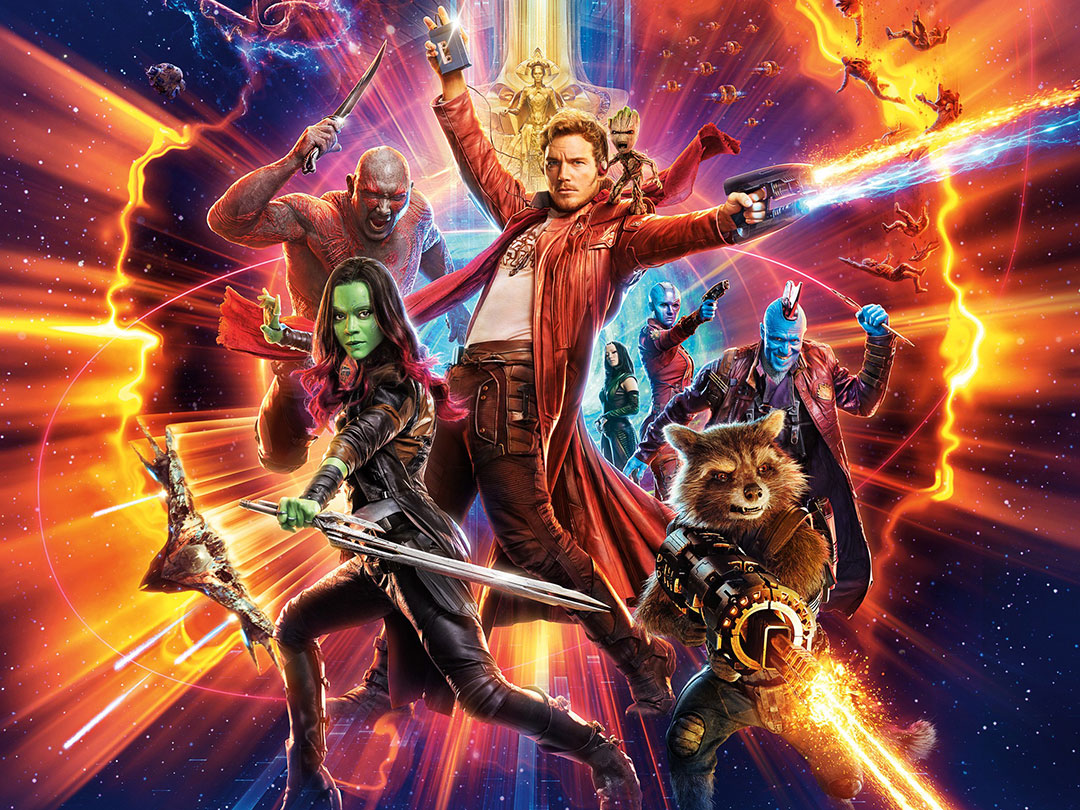 As director James Gunn has said, the movie is about family. The relationships between Peter Quill and his father, Ego was explored as the main story arc. But the sister relationship between Gamora and Nebula, as well as Yondu and his former crew, were also explored briefly. I loved this character stories, but there were a lot of characters.

A little over halfway through the movie I was wondering when the main villain would reveal itself and give focus as to what our heroes should be doing. Don’t get me wrong, a Marvel movie actually developed a villain with a backstory this time, but the evil plot dropped in the last twenty minutes of the film. The Sovereign never struck me as evil, just an advanced stuck-up race that had a dispute with the Guardians of the Galaxy (GotG) about stolen batteries– of course sure they wanted to kill them, but not evil per se.

The movie felt like a series of television episodes cut together where you can see each character’s story arc. The team really only fought together at the beginning and end of the movie. The whole middle was just short character stories.

All of this isn’t bad, it just deviates from a more traditional movie story structure by having what seems like a lengthy middle section with short beginning and ending parts.

Yondu, played by Michael Rooker went out in a blaze of glory in a touching and appropriate ending. He also had some of the best lines of the movie.

There are also some dark stories that were just hinted at, probably because the movie is PG-13. For instance, Yondu did some child-trafficking for Ego’s children all over the universe. All but Peter Quill weren’t able to tap into the light, and what happened to them– remember all the skulls/bones that Gamora and Nebula found? Speaking of which, whenever Nebula lost to Gamora, Thanos would upgrade her body parts– that would require her parts to be broken or torn off to begin with. Yeah, super dark stuff.

There were two scenes that had The Watchers along with Stan Lee’s cameo. Entertaining of course for comic cans, but a part of me wishes that it wasn’t a funny bit and was more serious since this race only watches/observes things without interfering, especially when something big is happening. With Thanos coming for the Infinity stones, I thought they would us that to that.

I’m surprised they were even in the MCU, because Watcher Uatu is part of the Fantastic Four comics, which Fox owns as part of their movie contract. I’m guessing Marvel probably has rights to use their race, and specifically not Uatu. Perhaps that is the reason it had to be reduced to a cameo rather than the Watcher looking upon Earth’s sector from the moon, because that would have to be Uatu specifically. 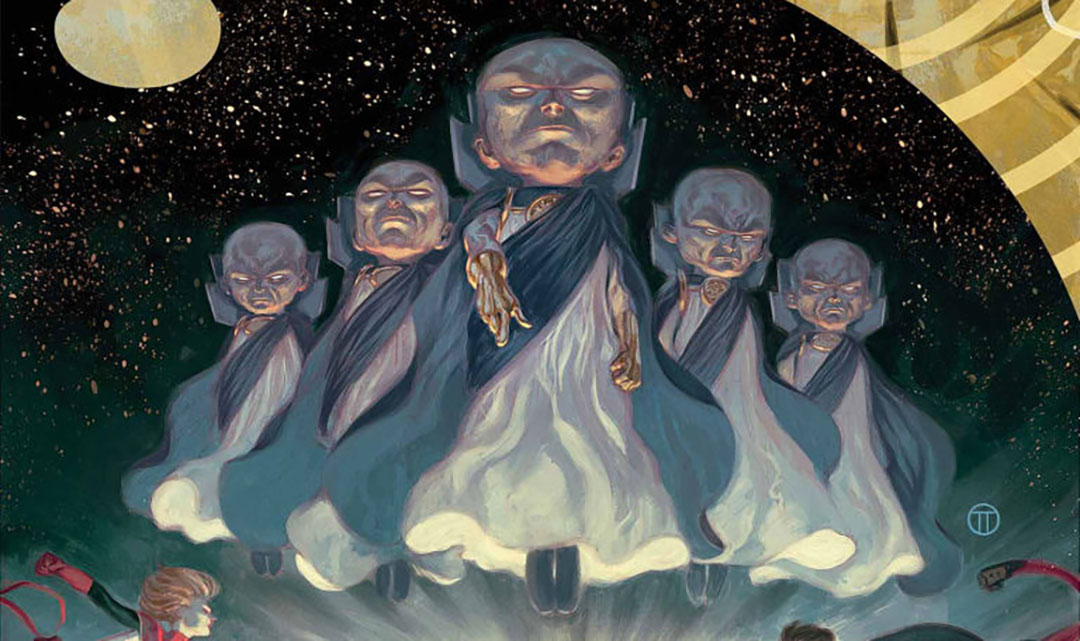 Adam Warlock was teased in the second to last post credit scene in the cocoon that Ayesha had created. In the comics his character is deeply tied into the Soul Gem, but I think he’s going to be saved for later, post Infinity War movies (Avengers 3 and 4). This character is kind of a big deal as he’s pretty much the leader of heroes in the cosmic universe– when big things happens, he’s there leading and strategizing the team. 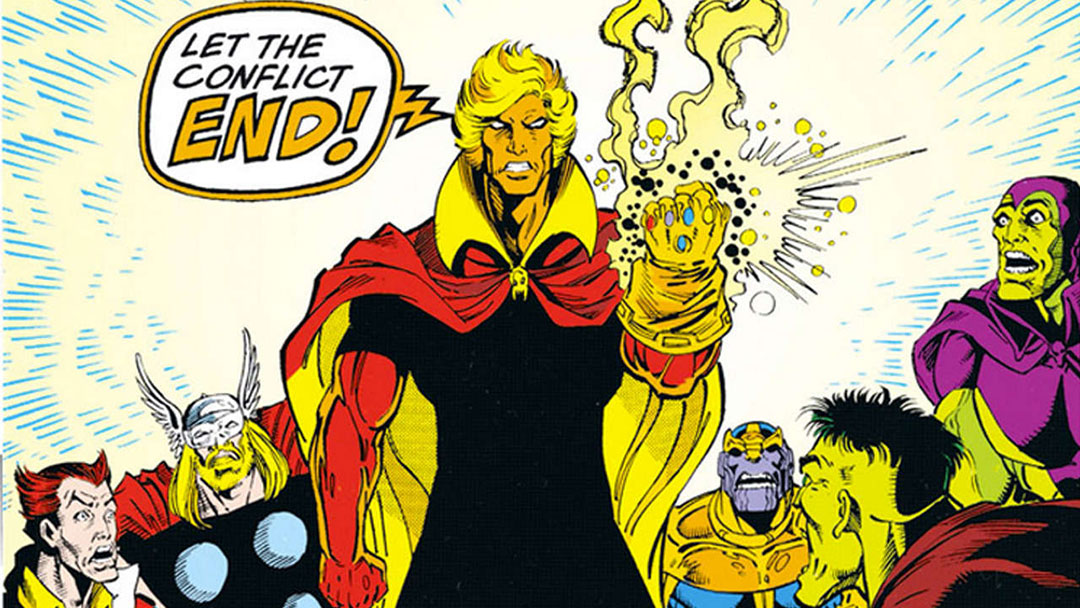 The original Guardians of the Galaxy from the comics were in the movie:

Yondu used to be a part of this team. I remember reading that Marvel had plans for them in future movies, but I don’t think it’s set in stone yet.

I really enjoy the Guardians of the Galaxy and the whole space adventure stories of the MCU. I thought Thor movies would be the ones to tell stories of the cosmic universe in an amazing way, but it was really Guardians of the Galaxy that delivered on that so far. Although I think the upcoming Thor: Ragnarok, will help push the cosmic universe even further– I already love the other worldly colors in the trailers. It just really takes me out of the Earth experience.

The cosmic universe is the post Phase 3 goal for Marvel. If they can just get beyond Earth heroes and stories, a whole universe of possibilities will open up.

It’s not just Disney/Marvel, but all of Hollywood that walks on eggs shells when it comes to the creative stories involving foreign countries, mainly China, where they have to make compromises as to how they depict foreign governments and outright censorship just so they can get their movies into the countries. With a larger cosmic universe, they are no longer limited to Earth, their stories are only limited by their imagination, or budget.

Reviews by some of my favorite youTubers.