Last weekend I was at Anime Central (ACen) which was hosted at the Donald E. Stephens Convention Center. This was my second time attending, and I was also given a press pass again.

I stuck around the main entrance hall/lobby for most of the convention hoping to catch cosplayers on their way in or out of the exhibit hall. It seemed this year a lot of cosplayers were more casual and spent more time in the exhibit hall than the entrance. That, or they were hanging out more at the Hyatt Regency Hotel, which is a hotspot for cosplayers. 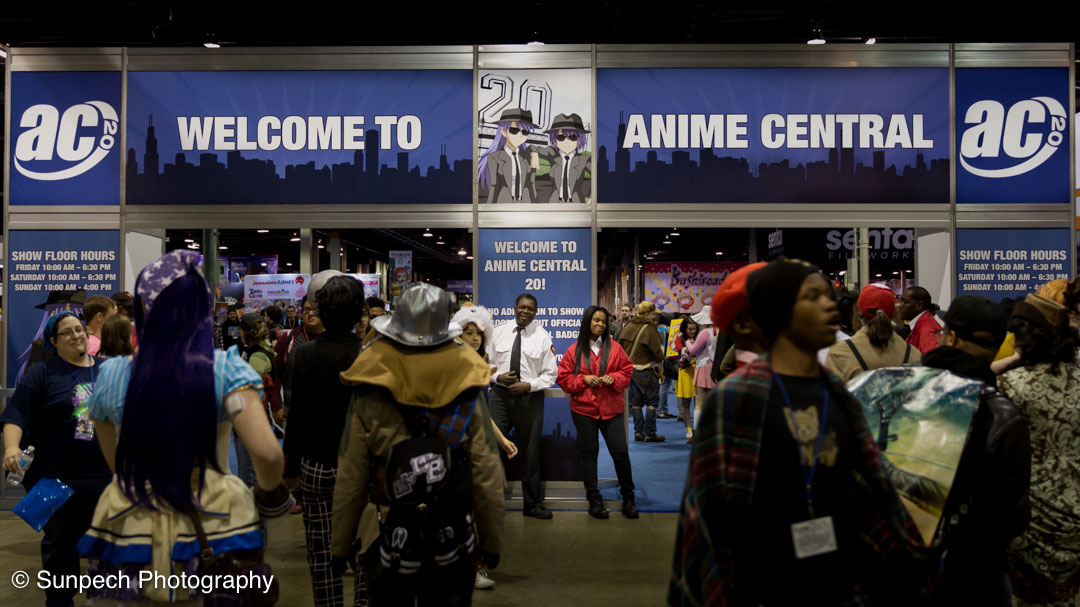 Music and dancing are a big part of ACen. There are always groups or individuals dancing or practicing moves somewhere in the main lobby. There’s also a few musicians playing a flute or violin somewhere while they hang out with friends.

It rained during this year’s ACen, so the cosplay gatherings moved inside for half the time.

The cosplay gatherings are becoming more organized every year. Just about every cosplay gathering will have someone designated as a countdown person, who’s job it is to countdown from five or ten how long the cosplayers and photographers have to to hold poses or take pictures before the next set will start. 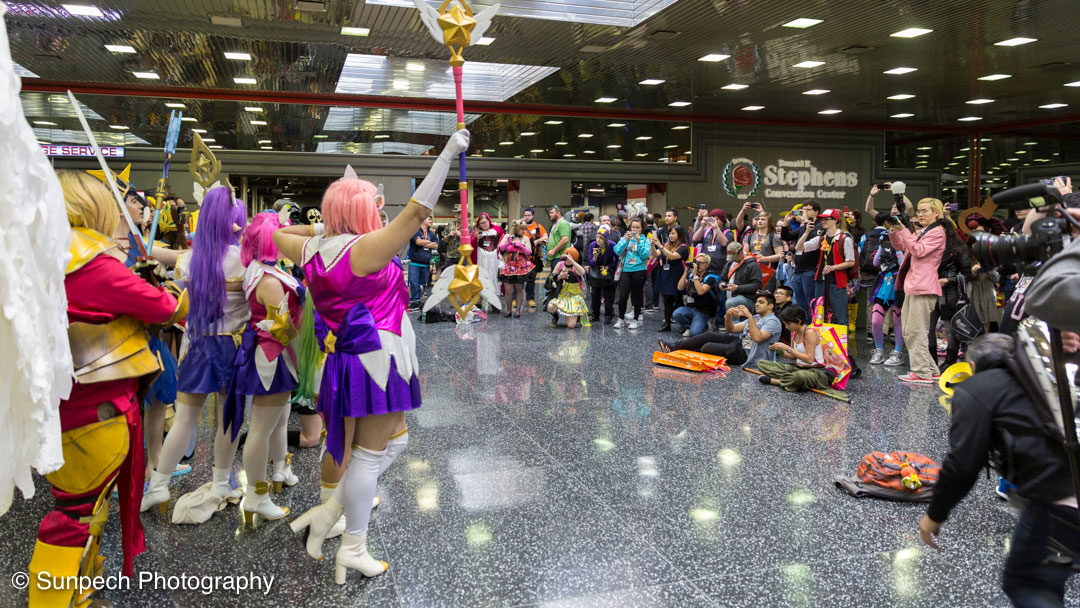 I was lucky enough to grab this panorama shot of the DC cosplay gathering on Friday when it wasn’t too crowded yet. Most other gatherings, especially on Saturday, are way too crowded to jump in for a quick shots– getting there early is encouraged. 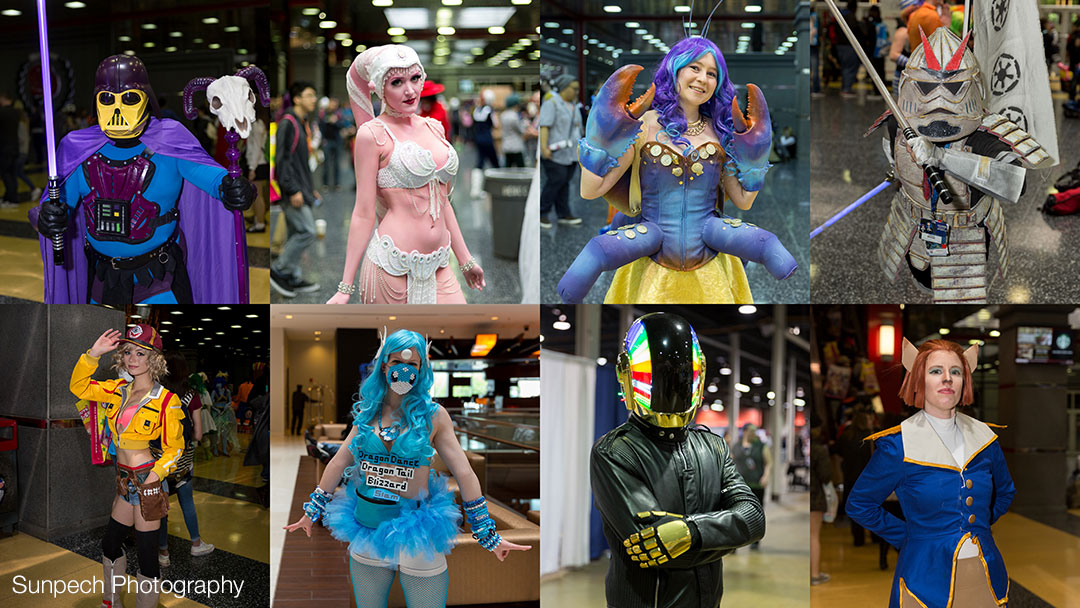 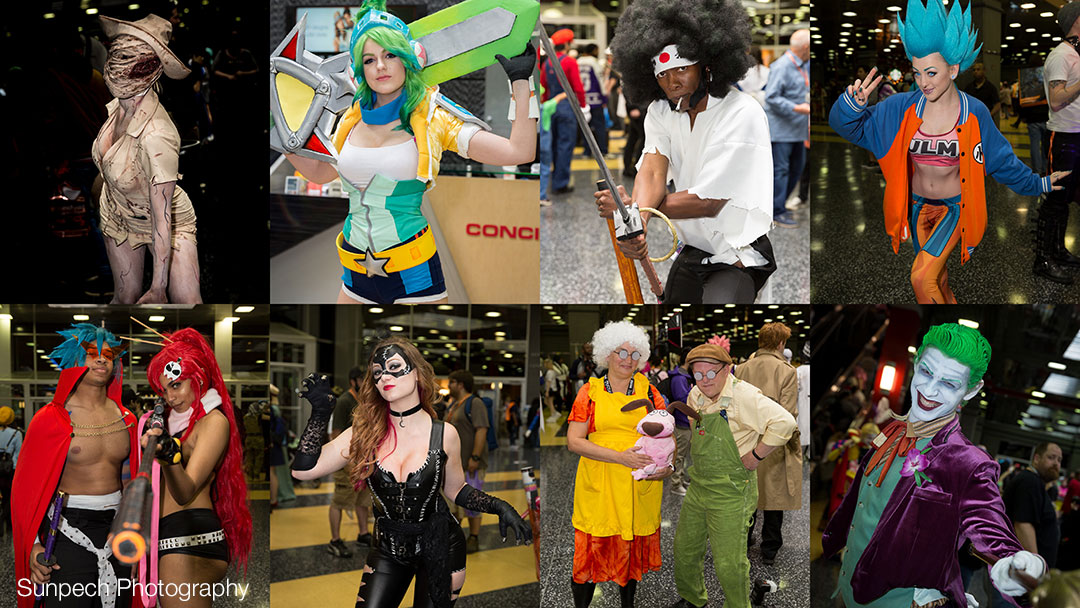 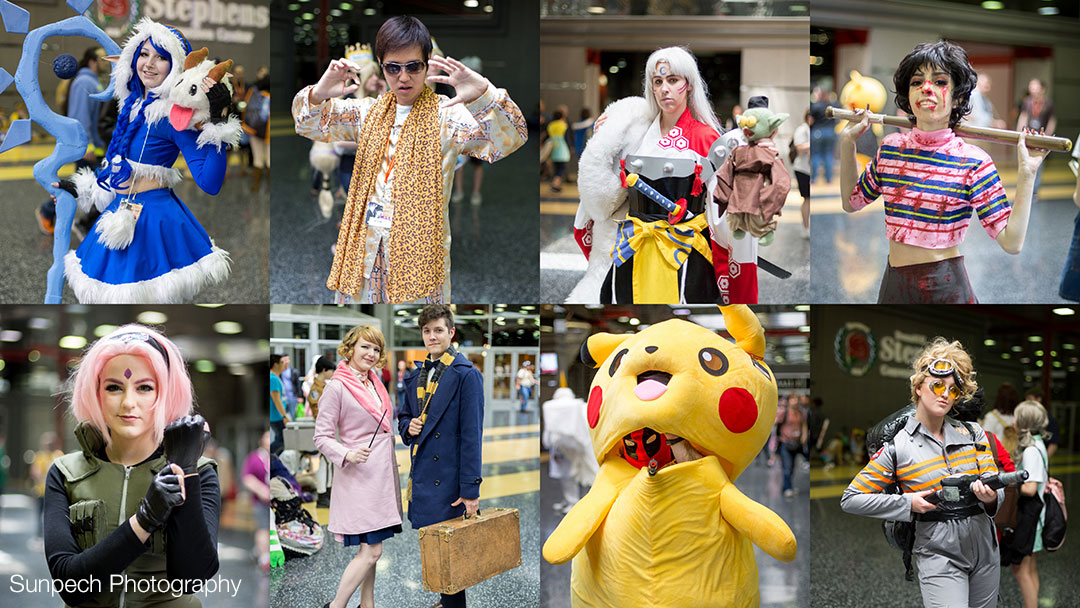 Anime Central is growing and I’m seeing some of the same cosplayer faces again this year. Their main floor layout changed this year with the artist alley section being moved to the the side, providing the floor more space for fans to move around. The video game room moved to the main convention center building, which is a lot better than its location last year in the Hyatt. Everything is just better than last year.

This is a convention that fans and cosplayers enjoy a lot. I had fun– although I wish it didn’t rain, but that’s out of all our control!

I post cosplay photos from conventions on my Instagram often at: @sunpech. My next convention is San Diego Comic Con!