I recently finished reading Console Wars by Blake J. Harris and I really enjoyed the trip down memory lane. I grew up in the 1980s and 1990s and played on video game systems by Nintendo, Sega, Sony, and Atari. This is my reflection on this gaming era after reading this book.

Console Wars tells the story of Tom Kalinske, an American business man and CEO behind Sega of America during its meteoric rise and fall. The book takes place between 1989 through 1996 and shows how they challenged not only Nintendo but the gaming industry as a whole.

The Nintendo Entertainment System, or the NES, was the dominant gaming system during the mid 1980s and early 1990s. Most of the games I own are NES cartridges, followed by SNES cartridges, and then Sony Playstation CDs/DVDs. This wasn’t just because I played a lot of games as a kid and less as I grew up. At that time there were local video rental stores such as Blockbuster that let customers rent video games for a few bucks for a few days to a week. This was significantly cheaper than buying the game outright for $50-75. It was also a great way to test a game out before buying it. 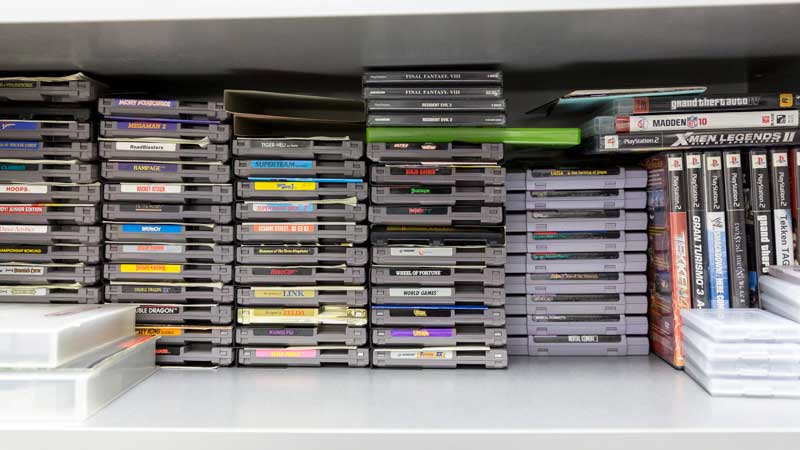 Nintendo exerted a lot of control with companies that wanted to make games for the NES. For one, they were required to buy cartridges at about $10 each and pay 30% of revenue as royalty. This allowed Nintendo to pick and choose who and how many cartridges a company could get. On top of this they had to sign non-compete clauses to give exclusive rights to the game to Nintendo.

The reason behind such control was the Video Game Crash of 1983– a year when there was an over saturation of consoles and crappy games in the market. To avoid a repeat, Nintendo had to do quality control over their brand and products. So although it may have sucked to create games for the NES, it was certainly great to be a consumer.

My first experience of the NES was my cousin’s 8-bit Famicom console in Thailand during summer vacation in 1986. My sisters and I would play two games, Super Mario Brothers and Ice Climber. We were all hooked on this system– instead of going out to explore the local sights and scenery, we wanted to stay in and play video games. It wasn’t until I got back to the US that I noticed the NES was available in the Highland Superstore, an electronics store chain in the Midwest, which offered Kung-Fu Master as a playable demo in store. 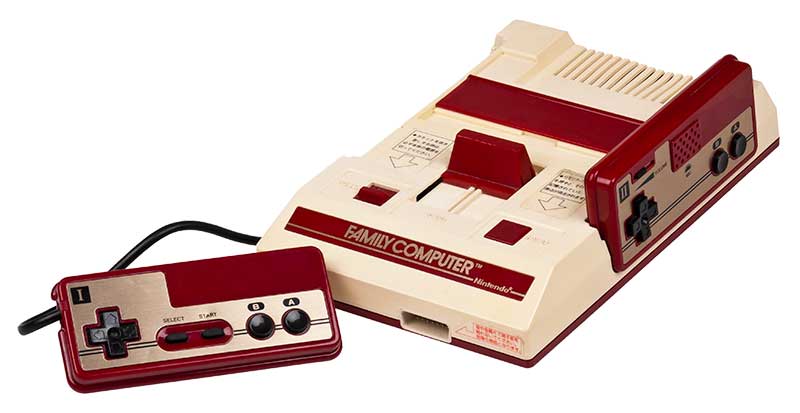 Of course my mom did buy us a NES in 1988. It was the Nintendo Power Set with the power pads. In 1989, the GameBoy was my first big purchase as a kid. I saved up $100 from mowing the lawn and various chores and snuck into Auchan to buy the coveted device. My mom was surprised and furious that I did that behind her back. Looking back now, it was actually a good buy since none of the other mobile consoles did as well on price, marketing, or even hardware in terms of battery life.

Back in the late 1980s, there was no Internet as we now know it. So we had a Nintendo Power magazine subscription to not only keep us up to date on news, but to help us get through various NES games. By 1991, it was without question that we were going to upgrade to the 16-bit Super Nintendo since everyone– that is my mom, sisters, and I– enjoyed Nintendo family-oriented gaming system. 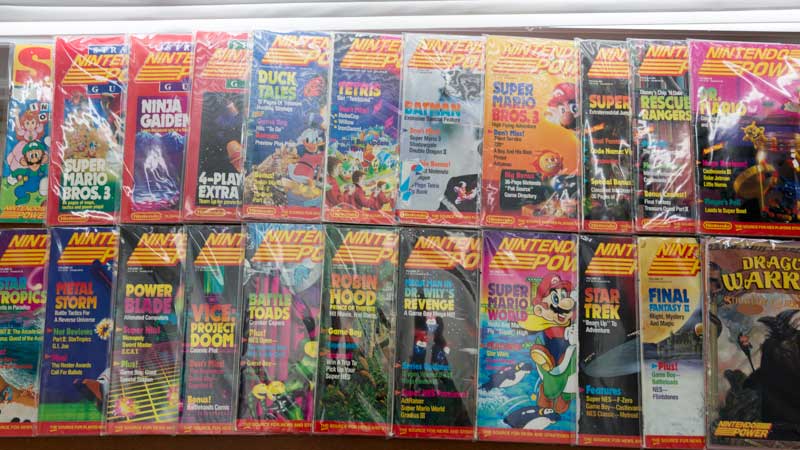 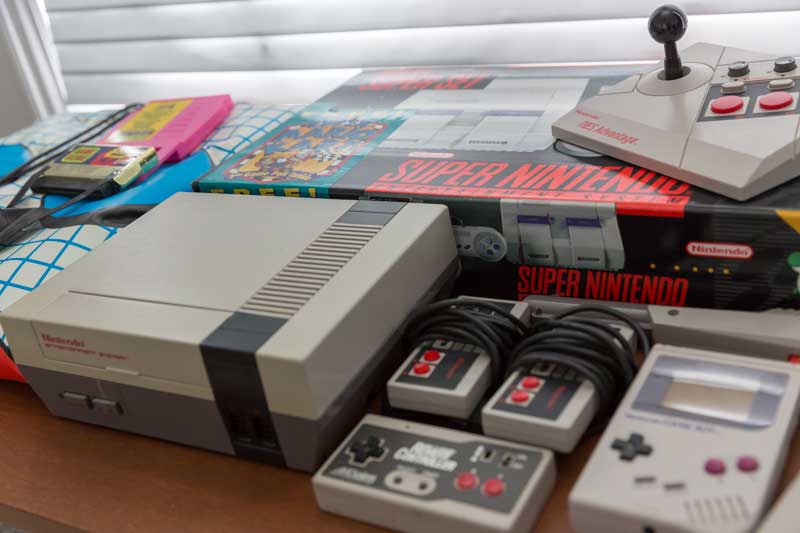 In 1990, when I was in middle school, the 16-bit Sega Genesis was the console that most of my school friends wanted. The marketing and games available were geared to kids who grew up on the NES but wanted something more, especially sports and fighting games. Altered Beast was a game that looked great and came bundled with the system. I remember playing this game on the demo system at Kohl’s while my mom shopped. But many of us had Gameboys and a large library of NES games to keep us entertained. Plus we all knew that Nintendo was coming out with their own 16-bit system soon. 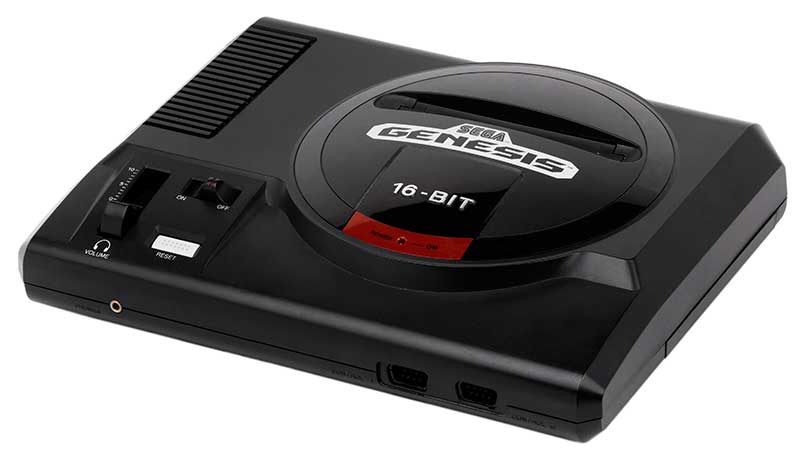 Kalinske understood that in order for Sega to thrive, they needed to be what Nintendo wasn’t. Nintendo’s target consumers were kids twelve and under. So Sega created an ad campaign targeting young teens and older. The line, Welcome to the Next Level! and the Sega scream had a kind of rebellious teenage, too grown up for kid stuff feel to it. I was almost a young teen when the Genesis came out and I wanted to be a part of it. However, I personally never owned a Sega gaming console, but my sisters did with a Saturn and Dreamcast which came out years later.

Sega released a slew of hardware from the 32x and Game Gear (GG) to the Nomad, all of which were poorly received. I only knew of one person that actually owned a Game Gear while the rest of us had Gameboys (GB). Sure the GG had color compared to GB’s monochrome, but GB had more games and a superior battery life.

During this time, fighting games like Street Fighter II and Mortal Kombat were all the rage in the arcades. For me it was the 7-11 after school. Not only were these rival games fighting each other, but SNES and Genesis' versions also competed against each other for their fans' affection. Nintendo’s family friendly policy censored the blood by replacing it with sweat while Sega’s allowed for the fatalities, gore, and blood. My school friends and I all would have jumped ship to Sega if we all didn’t have Super Nintendos already. I even rented the Genesis console at Blockbuster just to play games like Mortal Kombat, Golden Axe, X-Men, and other cool games that Nintendo-didn’t.

By the mid 90s, Hollywood made Street Fighter and Mortal Kombat movies. That’s how popular these games were. More importantly, the 16-bit gaming consoles were also at the end of their lifecycle. It was the dawn of the 32-bit era. The next generation of fighting games was going 3D with games such as Virtua Fighter and Tekken. Another player was going to enter the fight against Nintendo and Sega– Sony.

The Sony Playstation came out in late 1995, after the Sega Saturn which came out earlier that summer. It was the console system my friends and I waited for since its price tag was $100 cheaper than the Saturn. It was a risk and commitment I took since Sega even price-matched at $299 before Sony’s US launch.

I have versions 1-3, I skipped out on the PS4 because I just don’t game much anymore. But the PS2 is by far the best selling console ever and also doubled as a DVD player– much like the PS3 was also a Blu-ray player. Sony was a name brand and their strategy was that you were never just buying a gaming system, it was also something extra that you were connecting to probably a Sony TV.

At the 1991 Consumer Electronics Show (CES), Nintendo originally was going to partner with Sony to create a CD-ROM add-on for the SNES, the SNES-CD, also known as the Play Station, but the partnership fell apart with Nintendo choosing Sony’s rival, Phillips instead. Just last year, one of the prototype devices was found and actually works!

Over the years Sony gained experience in the industry and decided they could come out with their own console system. Unlike many others, they actually succeeded. In case you don’t remember, there used to be 3DO, Atari Jaguar, Philips CD-i, and NEC’s Turbo-Grapfx to name the more popular ones.

I really like this book and recommend it to anyone who grew up playing video games in the 80s and 90s. It’s really fun to read about what happened behind the scenes during this period of my childhood and how things were marketed towards us. If you are a fan of Sega, this is a great book for you. By no mean is it a complete history of the early gaming era, but it does cover Sega very well.

Although the book is titled, Console Wars: Sega, Nintendo, and the Battle that Defined a Generation, most of the book focuses on Sega. There’s not much content on Nintendo or Sony, which is disappointing because it would have given a more complete view of the battle. The book is well researched as the author interviewed over 200 people to piece the many stories together.

In some way, this book feels like the first volume of a series of books that could come out. I can see a volume two being about the rise of Sony and Nintendo’s mistake of sticking with cartridges for the Nintendo 64, and of course include material about the Microsoft Xbox for the new generation of gamers. Volume three could be about Twitch TV and YouTube Gamers and other streamers. But perhaps this would be 10-15 years in the future as video game streamers and eSports is happening right now.

I do hope more books like this comes out that cover the different gaming eras. But for now, if you want more you can check out the many retro gaming content that is on YouTube and the rest of the Internet.

I first heard of the book through a recommended YouTube channel: Gaming Historian, a retro-gaming documentary series by Norman Caruso. He has a ton of great high quality and well researched videos, definitely check out his channel if you are into classic gaming.

A few relevant videos to the book: