Yesterday I was in Chicago with hopes of getting some nice photos of Chicago henge– basically the fall equinox where the sunset lines up straight with the East-West street grid. But there were some clouds in the sky which prevented any starburst from happening. However, I went early enough to do some exploring around downtown for other fun shots.

In particular I hopped on the CTA and looked for some train shots on the ‘L’. My favorite by far was at the Adams/Wabash CTA station. There are two walkways that cross on top of the elevated trains, both north and south. I chose the north walkway as it had a direct lineup with the tracks. 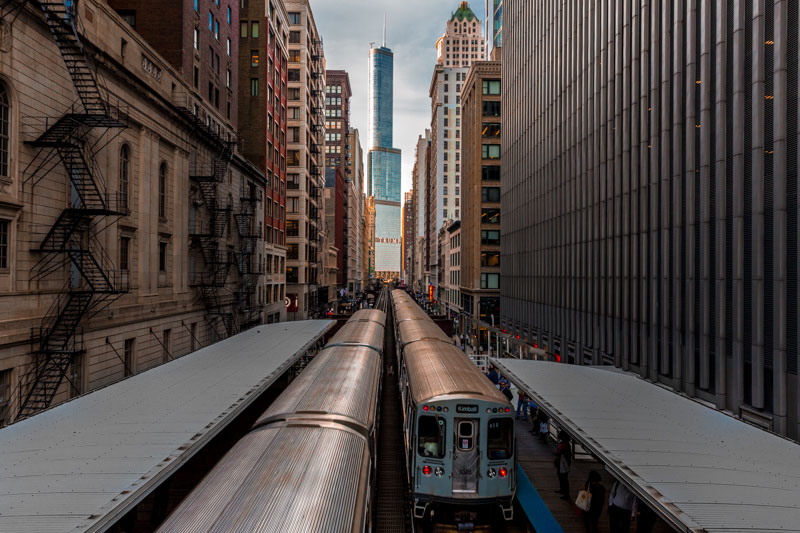 Note: I’ve dropped linking to Nuvango now, as I just got an email as I’m writing this that they will be cease being a marketplace for artists in mid-October. Instead they will transform into an eCommerce platform and all artists profile pages will cease to exist.

I took some photos around the CTA stations and surrounding areas too. You can check out my Facebook Chicago album for more. 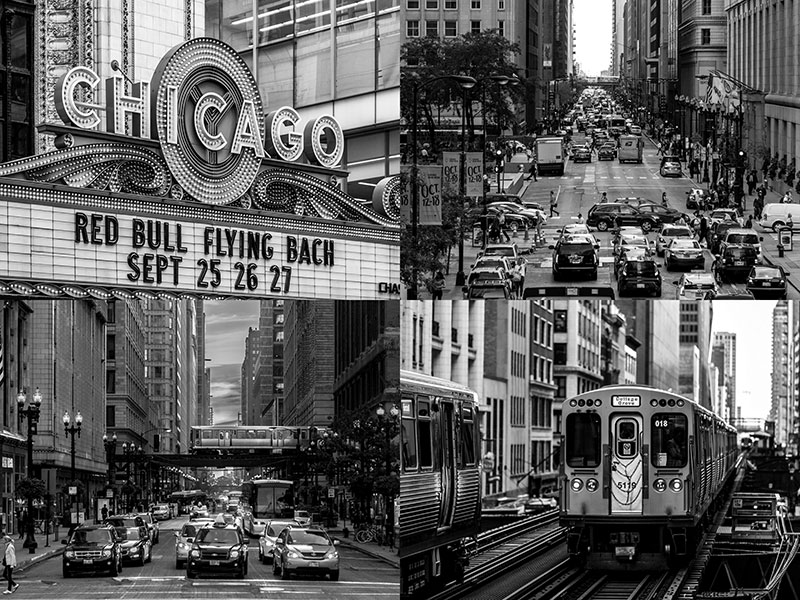