I had some spare time before dinner near Navy Pier to take some pictures of the Chicago River off Lake Shore Drive. I’ve always wanted to take photos at this location, but never was in the area during the right time. I had about a forty minutes during sunset to grab some shots and then run off to dinner.

This was my favorite shot I took. 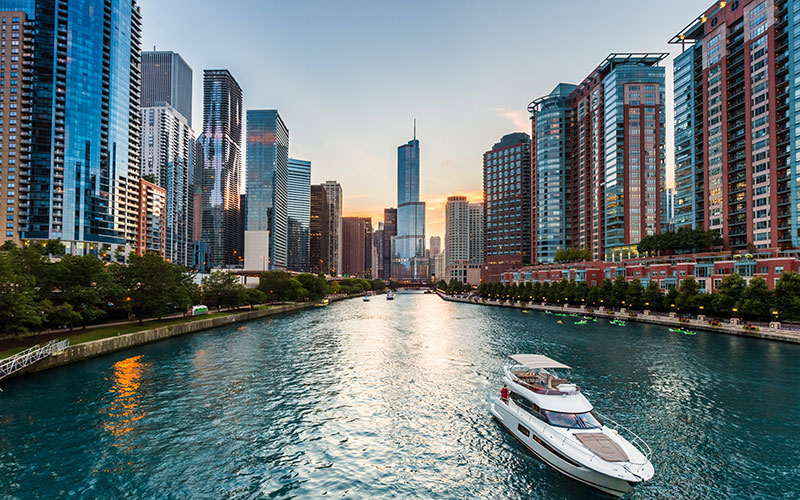 There were some challenges to getting this photo. For one, it was taken on the lower portion of Lake Shore Drive bridge, where most of the time it was shaking from all the rush hour traffic. So having a tripod was nice, but I had to time it for when it shook the least. Of course I used a remote release to help further reduce shake.

I also had to bump up the ISO and lower the aperture to grab faster shots. I also took multiple exposure HDR shot since long exposure was out of the question. I used Adobe Lightroom to merge the three exposures together– which it did magnificently. I pretty much use just that now or my HDR– no need for any other HDR software!

I hope to revisit this location when it’s darker out when there are more lights on and less boats crossing.