A few months ago I read Ernest Cline’s book, Ready Player One. I blogged about my love for the book and how excited I was that a movie was being made. Quick update, it’s getting a release date of December 15, 2017! However, I can’t say that I liked his second book, Armada, nearly as much.

In a nutshell the book is The Last Starfigther meets Ender’s Game. It’s a coming of age story of a teenager that plays video games, struggles with his place in the world, and has pop culture knowledge of things from the 80s forward. Sound familiar?

I get it that Cline loves video games and retro pop-culture from the 1980s, but it does seem that he name drops a lot of references for the sake of doing so. It’s almost as if it’s page filler. The result is a space adventure that is just okay and I could see being a short television series for one or two seasons. I don’t think it’s interesting enough to be a movie– unless it gets some re-writes.

In short, if you are in your 30s or 40s, and are familiar with the book/movies I listed above, this book doesn’t add anything interesting to the sci-fi adventure genre. However, you may enjoy it if you’re new to the genre. 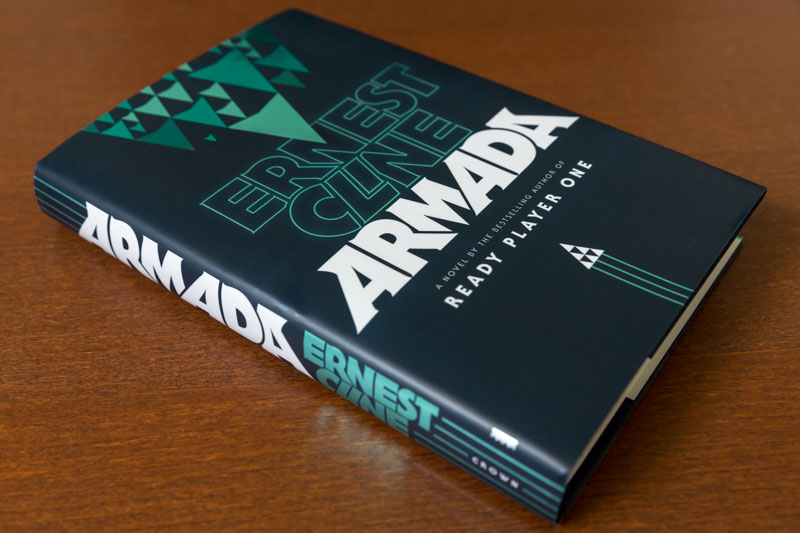