I’m fascinated with Elon Musk and his companies: Tesla Motors and SpaceX. I recently read, Elon Musk: Tesla, SpaceX, and the Quest for a Fantastic Future by Ashlee Vance just to learn a bit more about him. 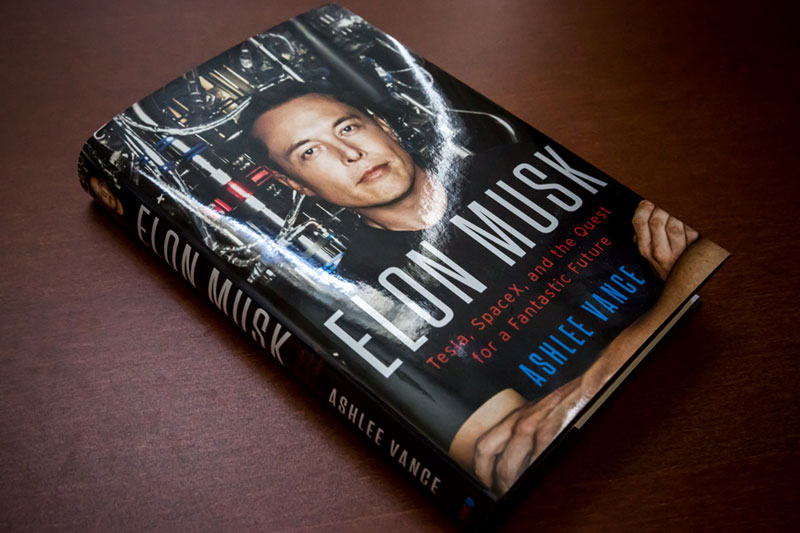 I like to read books on some of the best entrepreneurs and companies in modern times. Everyone from Bill Gates, Michael Dell, Jeff Bezos, Tony Hsieh, Jason Fried, Larry Page, Sergey Brin, to Steve Jobs. I really enjoy reading how they think and what they did to build the businesses they did. 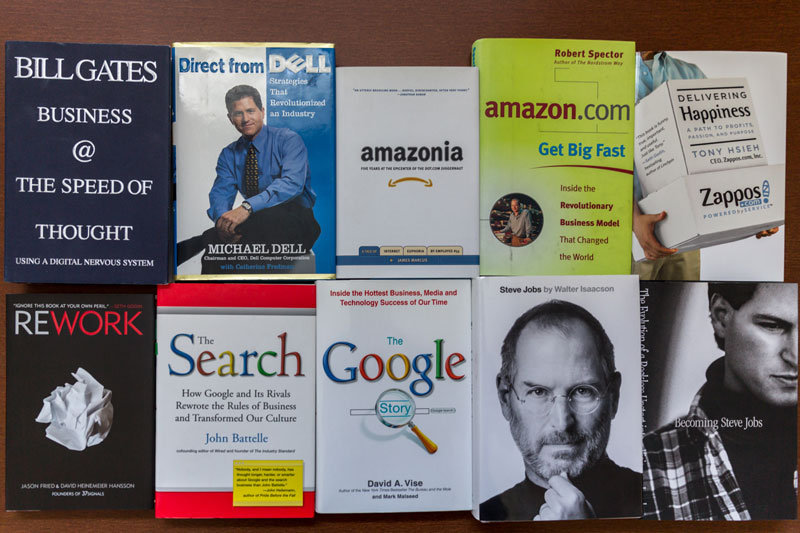 It’s a good book that covers Elon’s childhood, family, marital life, business/work ethics, and relationships with all those around him. It is pretty extensive, and I guess it should be as the guy is still alive and may not have even reached his peak yet. He’s built so many successful businesses already and hasn’t shown any sign of slowing down. There’s just so much more that he wants to accomplish in his lifetime.

Elon Musk more interesting than Steve Jobs. There I said it.

I’ve previously written about Steve Jobs. As much as I find Jobs to be a complex, flawed, and impressive business man– Elon is all that and more.

Both of these men are people that saw an opportunity to create something that would enrich our lives and pursued it with such boldness that it both inspired and hurt many people along the way. I guess you don’t make it to a billion dollars without being a controversial person?

What makes Elon more interesting is his larger vision and potential impact on the world and future civilization.

Steve Jobs' company, Apple, introduced us to personal computers/devices that we use to surf the web, communicate, work, play, etc. Apple, excels at selling consumer products they are convinced will enrich our lives. They’re great and all– I’ve used Macbook Pros for years now, as it is great hardware for me to be productive. But it competes in an industry where so many others offer similar or knock-off services/products. Most just are not as good as selling as Apple is. But I often wonder why they aren’t taking more risks to make larger impact on our lives. I prefer a device with lasting batter than one that’s thinner/lighter. I prefer a more stable file system that’s cross platform than an upgrade to a user-interface. I prefer all products be upgraded timely than only the popular ones. The list of my complaints go on and on for a company that’s headed toward being the most profitable company in history.

Elon is looking to bring us affordable electric cars, the best power sources, and space travel to freaking Mars and beyond. He’s looking to bring us to the next level of science fiction– the future! Similar to Google, I feel I can dream once again about all the things I would like to see happen in my lifetime.

Although Elon may not have the charisma and saleman-ship of Steve Jobs, but I really admire his ability to get things done and pursue areas that others are unwilling to risk-it-all to accomplish. In many ways, Elon Musk is the fictional Marvel super rich entrepreneurial playboy, Tony Stark. He did make a cameo appearance in Iron Man 2. 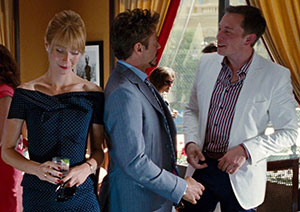 As informative as the book is, it’s incomplete– in the sense that Elon has more to do in his lifetime and is only just getting started. I do recommend the book for those interested in Elon Musk, Tesla, and/or SpaceX. It’s a starter book on the first forty-three years of Elon Musk.

I will follow Musk’s work and companies, new and old, and see where it takes us all. For the short term, Tesla Motors is of strong interest. For the long term, SpaceX. And I guess for the medium term, Solar City. Maybe in thirty, forty, or fifty years we get the complete Elon Musk book. But who can wait that long?

“Zip2, PayPal, Tesla, SolarCity– they are all expressions of Musk. SpaceX is Musk. … Part of it stems from SpaceX being the apotheosis of the Cult of Musk. Employees fear Musk. They adore Musk. They give up their lives for Musk, and they do all of this simultaneously.” (p. 218)

“SpaceX and Musk also seem to inspire an unusual level of loyalty. Musk has managed to conjure up that Steve Jobs-like zeal among his troops.” (p. 222)

“It’s almost a binary experience for him. Either you’re trying to make something spectacular with no compromises or you’re not. And if you’re not, Musk considers you a failure.” (p 297)

“Elon’s worst trait by far, in my opinion, is a complete lack of loyalty or human connection.” “Many of us worked tireless for him for years and were tossed to the curb like a piece of litter without a second thought.” – former employee (p. 340) 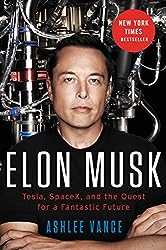