A few years ago, I finished the Steve Jobs biography by Walter Isaacson and I wrote a blog post too. For the time it was released, I would say the published book collected the most information on Steve Jobs out there. Isaacson generally gives a negative review of Jobs with multiple repetitions of *reality distortion field throughout the book. The book focuses a little more on the bad relationships than the good ones. He’s not wrong, but the biography somehow feels a little incomplete, and even an over-simplification in describing a complex person that is Steve Jobs. 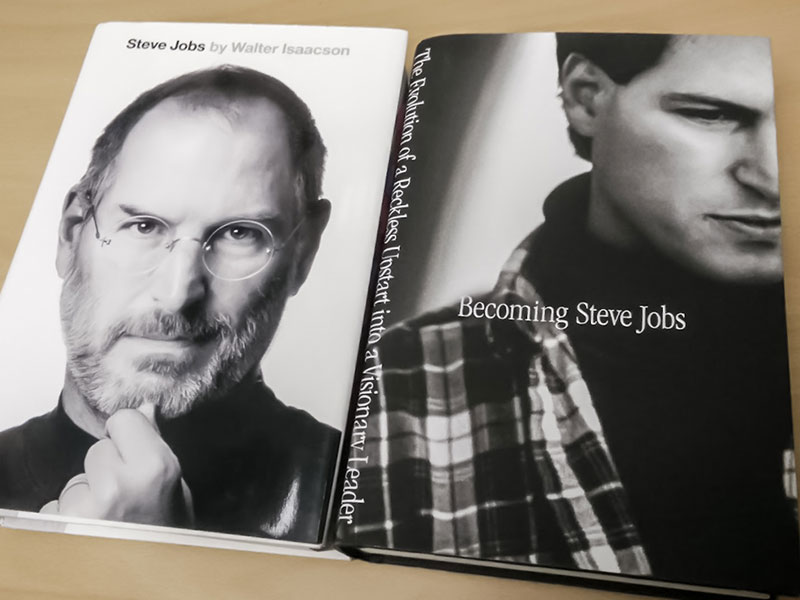 I recently finished reading Becoming Steve Jobs: The Evolution of a Reckless Upstart into a Visionary Leader by Brent Schlender and Rick Tetzeli, the most recent Jobs book, and I found it to be the best material on Jobs to date. The book covers more recent talks with those close to Jobs, and even the author, Brent Schlender, has a longer relationship with Jobs than probably any writer out there. It feels more intimate and authentic in describing Jobs.

After digesting both books, I have a deeper appreciation of Steve Jobs than I did before. Sure, he’s got flaws and definitely didn’t treat people well throughout his life– but he made some tremendous influences to how companies can be run, how technology by itself isn’t enough, and how we can all chase after the things we love– no matter the failures and hurt we come across. He’s human. Let’s not put him on a pedestal.

I’m still fascinated by this man and look forward to the upcoming Aaron Sorkin film, Steve Jobs later this year. Do not watch the Jobs movie with Ashton Kutcher– it’s horrible.

I do recommend both books for those interested in Steve Jobs. In a nutshell Isaacson covers more of Jobs historical life and pretty much sums up all the information we know on Jobs from other sources in one book. Schlender focuses more initimately on the man and his relationships with other business leaders, friends, and colleagues.