As many of you may or may not know, I’ve been traveling a lot lately. From July’s trip to the San Diego Comic-Con, to September’s All-You-Can-Jet pass, to even now, Thailand! It’s been awesome, but there’s a special shout-out I need to give recognition to: eBags.com

On October 5, 2010, at the end of my All-You-Can-Jet vacationing, after hitting up 5 cities in one month, my main traveling bag: the Mother Lode eTech Junior 25 Wheeled Duffel, had ripped at the baggage claim at O’hare International Airport. I arrived home after one month of traveling, to have one of my bag handles ripped off!

I really like the bags from eBags. They are wonderfully designed and super durable. I don’t know how this bag was handled from Long Beach to Chicago, where a bag handle could be ripped off as such.

See images below of what happened: 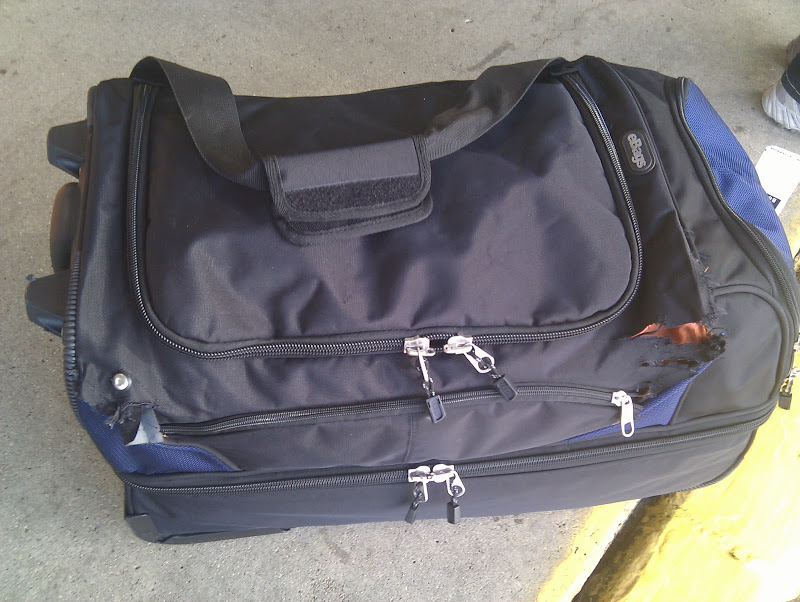 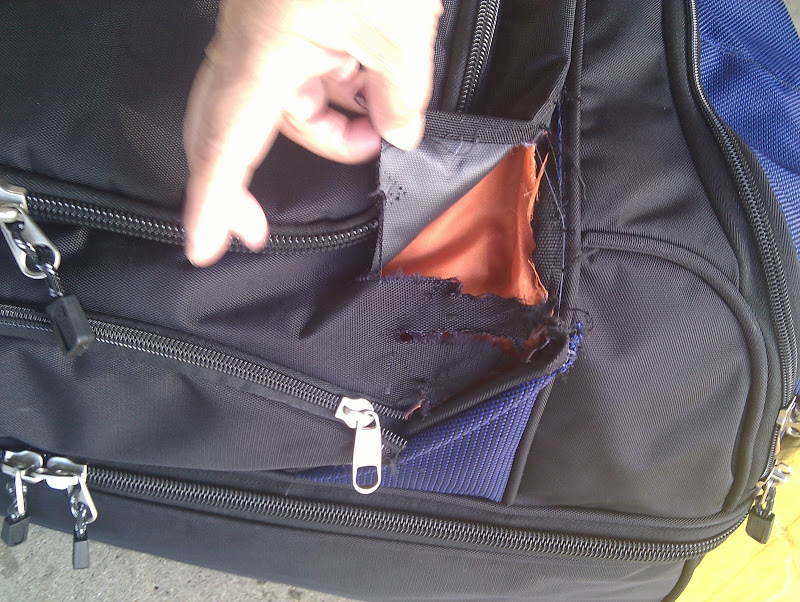 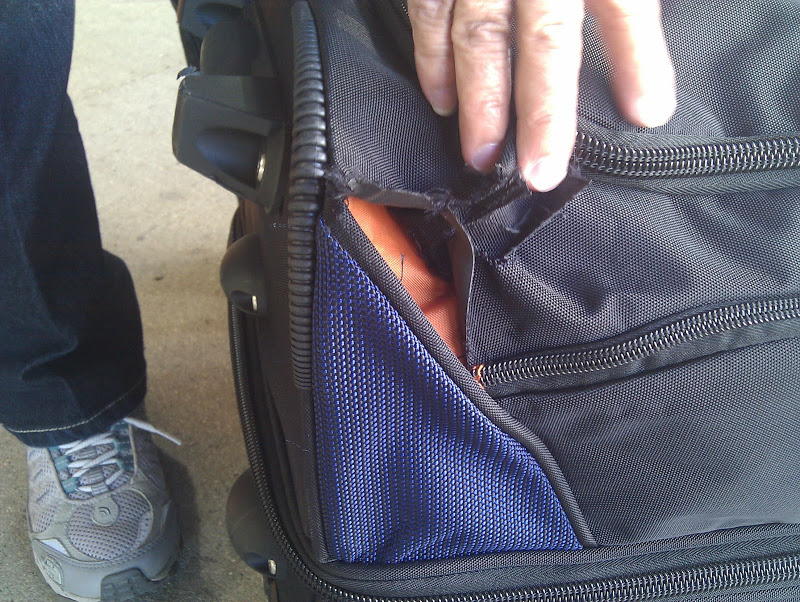 I tweeted it out, and the eBags twitter account actual caught sight of my tweet, and tweeted back that I should contact their support center to take care of the issue. Which I did. I emailed them with links to the pictures I took above, and they promptly replied back for me to call their warranty center. Which I did. I called them up and they pulled up my account. I was surprised to learn that they had documented my previous email with pictures, so our phone conversation was short.

A week or so after that, I ended up ordering the larger 29" (orange) for my trip to Thailand. And here from Bangkok, Thailand, I want to say thank-you to eBags for their great customer support. As you can see in the picture below, I have a nice set of eBags for my Thailand adventures 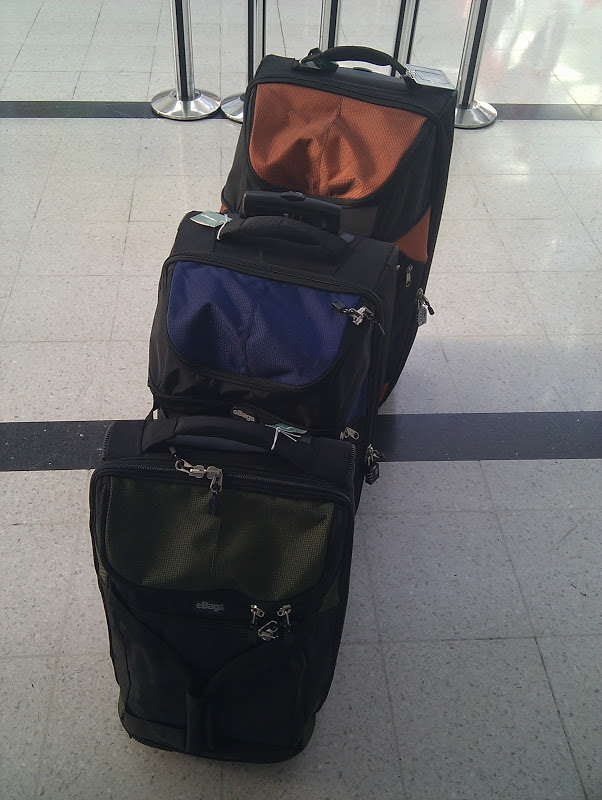