The first two weeks this month I attended several Chicago user group meetings and events. I wanted to recap my experience with many of them since it was my first time attending several of the events.

I’ve been a member of this meetup group for a while now. I really made an effort to attend this one since the topic was on estimating projects. I’ve read several books and articles on Agile principles, but never have I come across how to estimate the time.

I was impressed with the professionals that showed up to contribute and discuss in an “un-meeting” sort of way. There was a general presentation given by Glenn Bernsohn, which was fantastic, but the really interesting points came from the project managers in attendance.

I honestly didn’t know about this event until I checked Dave Bost’s blog post that very morning on Google Reader. I RSVP’d right away. I’m glad I did too, as by the time I got to work it was a sold out event (it was free, but the seat count was at capacity already).

Dave presented on Silverlight 4. The audience comprised mostly of developers and designers. It made me think, where exactly is the gap between Silverlight and WPF? Thin client versus thick client? I just really wanted to get back to web development as a dev-signer (as Dave called it– a hybrid of developer/designer). 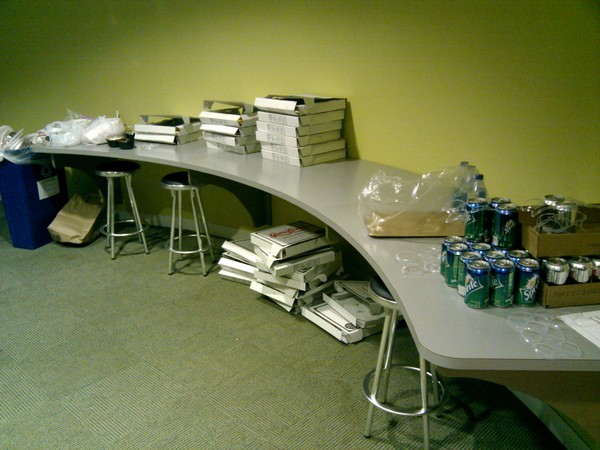 I was able to leave work early to attend this event. Besides learning about features in the upcoming VS 2010 and TFS, Brian talked about this days when he helped developVisual SourceSafe back in 1994. 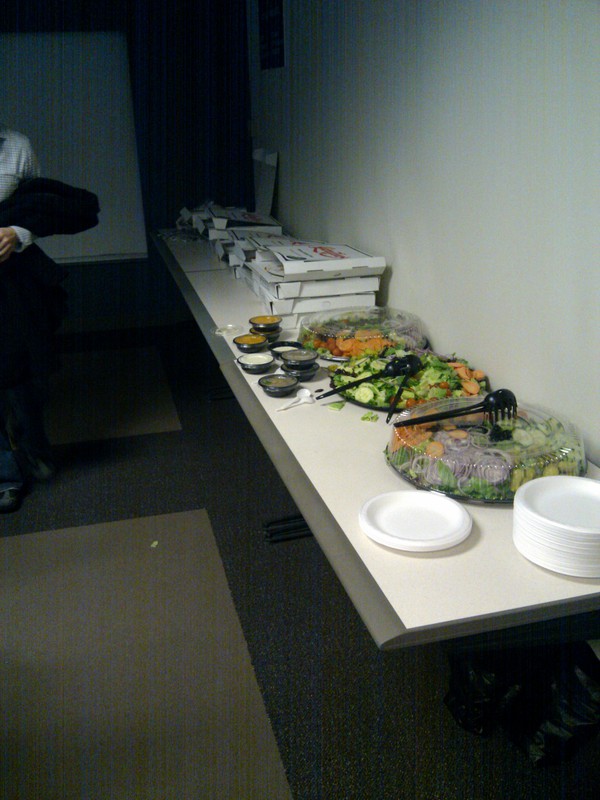 I was only able to attend the Executive Panel event since there was an event conflict for Saturday’s event. Overall impressed with the networking event prior to the panel discussion. In a nutshell, the panelists were all agreeing with Oracle CEO, Larry Ellison’s rant on how cloud computing is nothing new and is a buzzword.

The best description of cloud services given by the panel were: ### As-a-service, Self-service, and Metering.

Free Pizza and Pop: No. But there was alcohol and snacks during happy-hour before the event. And the after-set at Boston Blackies was awesome too.

My favorite event I attended these first two weeks. I paid $30 for the all day event at Illinois Institute of Technology (IIT) at 3201 South State Street.

I didn’t wake up in time for most of the morning events. I got there a little bit before 11am and attended Connecting your apps to the cloud: mobile CMS, which I thought was okay, but I was really expecting more out of it. It seemed a bit more of a presentation of the company’s services rather than the topic of cloud computing in relation to mobile apps. In the afternoon I hit up *Multimedia on the Android platform *by Jason Shah, which I enjoyed as it gave me a short into into Android development.

By far my favorite two presentations were by Uncle Bob Martin (Dynamic Langauges are the future) and Jay Freeman (keynote: Navigating through the politics of the mobile development community) towards the end of the day. Does Uncle Bob ever do a presentation where he doesn’t ask what avogrado’s number is? Jay Freeman has so much knowledge and experience in the mobile development, it was a little difficult to absorb all that he had to say in one sitting.

This event was possible thanks to Tech In the Middle. I look forward to their event in September when they bring together mobile and cloud services as the main topic. 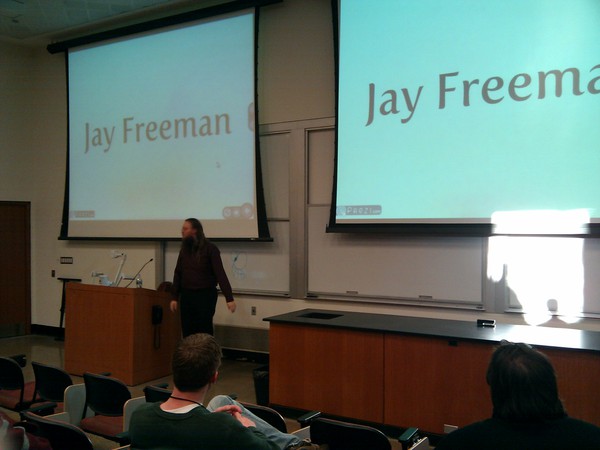 Free Pizza and Pop: No. But breakfast and lunch were served (included as part of admission).

Chicago Alt.net Mike Hall gave the presentation: Introduction to Rake with Albacore.NET. Although it’s not something my current company could use, it’s always a pleasure to see/hear what other developers/companies are doing to get their work done. 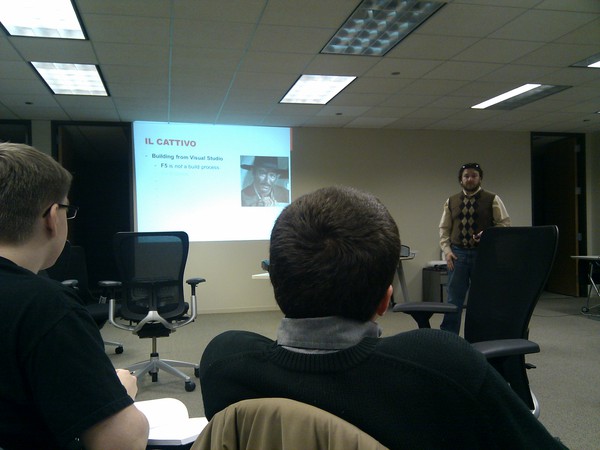