Destiny has arrived. I watched the Avengers: Infinity War twice already and I loved it. The first time was the most emotional and suprising, the second time I caught some dialogue I missed and was more relaxed.

It’s been over three years since Kevin Feige announced the plans for MCU Phase 3, and ten years since the first movie. This is the culmination of everthing that has come before. 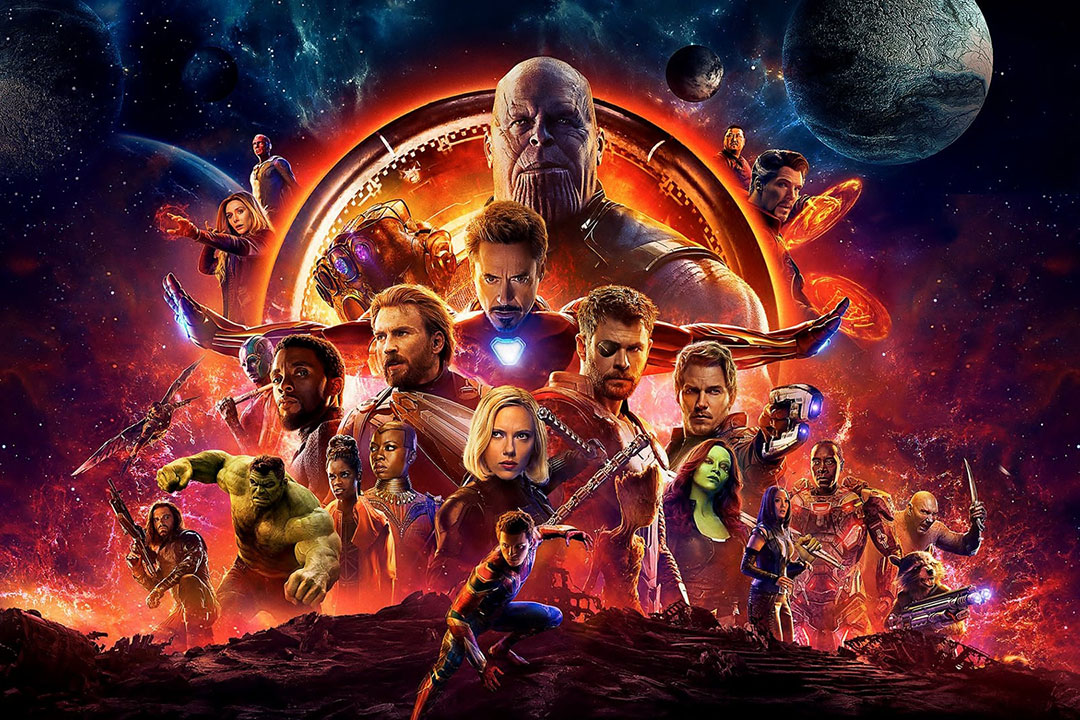 The heroes that are in the movie are given an appropriate amount of time. It’s an all-star cast, and the directors, the Russo Brothers, did a great job of balancing and giving everyone their moment to shine.

It’s a prequisite to have watched the previous Marvel movies to really enjoy Infinity War. There were very few slow moments in the movie, as it was just moving from one place to another with tons of action and adventures. No hero origin or backstory is in the movie.

Below are all the MCU movies to date. Movies in bold are the essential movies to re-watch before Infinity War as they contain information regarding an Infinity Stone or character plot points.

Scarlet Witch and Vision. Tony and Peter. Bucky and Rocket. Starlord and Gamora. Drax and Mantis. It was such a treat to see these heroes interact, crossover, and have their moments.

These are the scenes I cheered and nudged my friends at:

Thanos is literally the big bad guy in the Marvel Universe.

He is now the MCU’s best villain, knocking down Erik Killmonger and Loki. The problem with Marvel villains is that they don’t get fleshed out as characters. They often show up as “the bad guy” and the audience is supposed to accept that with no story as to what motivates them to do what they do.

Killmonger’s father was killed without explanation and he was abandoned to a rough life outside of Wakanda. Loki is the god of mischief– which if you think about it, makes sense for gods to be mischievous considering they live long lives and I would imagine would get bored of ordinary things.

With Thanos, his backstory is that his homeworld was overpopulated, didn’t listen to him, which lead to their demise. Thus his quest to wipe the universe to balance things out. 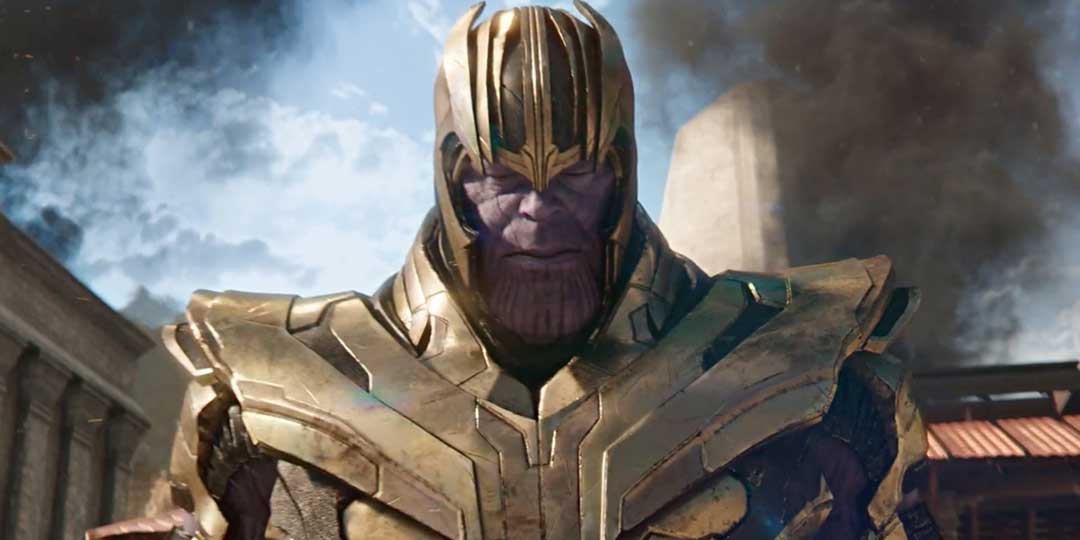 The Black Order served their purpose. I really liked Ebony Maw, how he was able to go toe-to-toe with Dr. Strange. I think Thanos might have called him E-Maw after he first meets Dr. Strange on Titan? I was a bit disappointed with Proxima Midnight’s look and especially how de-powered Corvus Glaive was portrayed in the movie. 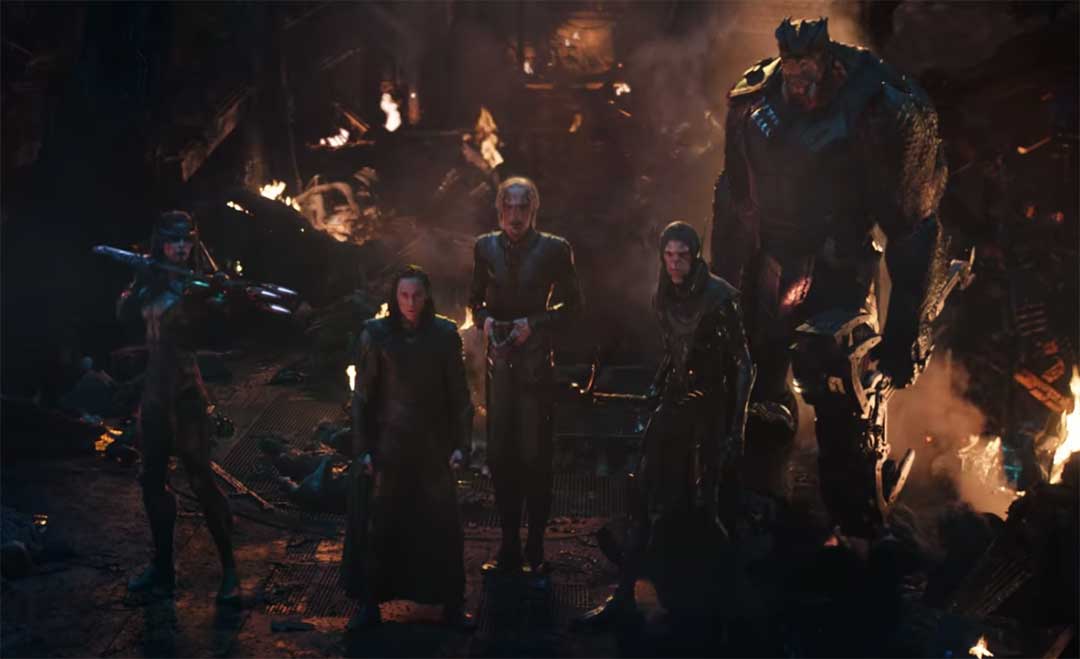 Thanos assembles the Infinity Gauntlet and snaps his fingers, wiping out half the population of the universe. Infinity War is like the Empire Strikes Back in the original Star Wars trilogy. The good guys need to know what it’s like to lose to come back for a victory in the next movie.

I am uncertain on the status of the Infinity Gauntlet by the end of the movie. It looks burnt and damaged, but it still functioned (snaps fingers and teleported away). Thanos is alone on what looks like a habitable planet/area where he can watch the sunset of a “grateful universe”.

As Nick Fury is ashing out of existence, he contacts someone on his pager. That someone is Captain Marvel. This is a great tease for next year’s movie that takes place in the 1990s. Is she what the Avengers need to turn the tide? We shall see.

The title has been held back, but I’m pretty sure it’s going to be called Avengers: Infinity Gauntlet or Avengers: Infinity Crusade. Also possible they choose a more uplifiting title such as New Avengers, but I suspect that is a better Phase 4 title.

Like in the comics, no one stays dead forever. The writers can do whatever they want that serves the purpose of the story and/or character. Those affected by the snap of death will likely return in some fashion. Those that died pre-snap– maybe not so much.

Phase 3 started with Civil War where the Avengers broke up. They need to wrap that up before they advance to Phase 4 for new stories. So the Iron Man and Captain America need to patch up their differences, and it’s quite possible that one or both of them don’t make it.

Dr. Strange said he peered into the 14,000,605 possible futures where only one had them winning. That one most likely had Tony Stark in it, thus why he was willing to trade the Time stone for Tony’s life. Thus Tony will play an important role in the end game of the next movie.

Hulk was unwilling to come out after his loss to Thanos. I see there being a big payout to this in Avengers 4. I didn’t like Bruce Banner praising the Hulkbuster as the suit that kicked the Hulk’s ass. Technically, the Hulk has no upper limit to how strong he gets. The madder he gets, the stronger he gets. It adds some depth to Hulk as not just a big brute that smashes things, but can be afraid too.

I think Shuri was able to back up some of Vision in her lab in Wakanda, but probably not all of him.

Thanos’s sacrifice/murder of his favorite daughter, Gamora, was a pivotal moment in the movie. His action gave him the Soul stone. I can see Peter Quill taunting Thanos– if he was so powerful, why doesn’t he bring Gamora back. In doing so, it would undo the sacrifice and the Soul stone would leave the Infinity Guantlet.

I consider Infinity War to be a huge success for comic book fans and to a degree non-comic-ready-movie-fans, as they finally got a taste of how good the original material in comic books are.

Avengers 3 and 4 was originally announced to be a two part movie. But they changed that since typically movies that are split into two parts aren’t well received– look at Harry Potter and Hunger Games series. It’s just better to market them as separate movies that stand on their own rather than incomplete movies without the other. But Infinity War is a full movie that stands on its own, as it did have a beginning, middle, and end– just not the ending most would have wanted because the bad guy won. I imagine the tone of Avengers 4 will be different, thus a different movie addressing another kind of story and characters.

I’m hoping that they will bring in Celestials, Eternals, and other cosmic beings to really blow open the Marvel universe. It would help mark the end of the Earth based heroes and showcase that the MCU has a whole universe to play with for story-telling, not just Earth ones.

With the Disney/Fox deal still going on, and not finalized yet, there’s a whole slew of properties that could return to Disney/Marvel. X-Men, Fantastic Four, Dr. Doom, Galactus, Silver Surfer, Namor, etc. So many other stories to tell! 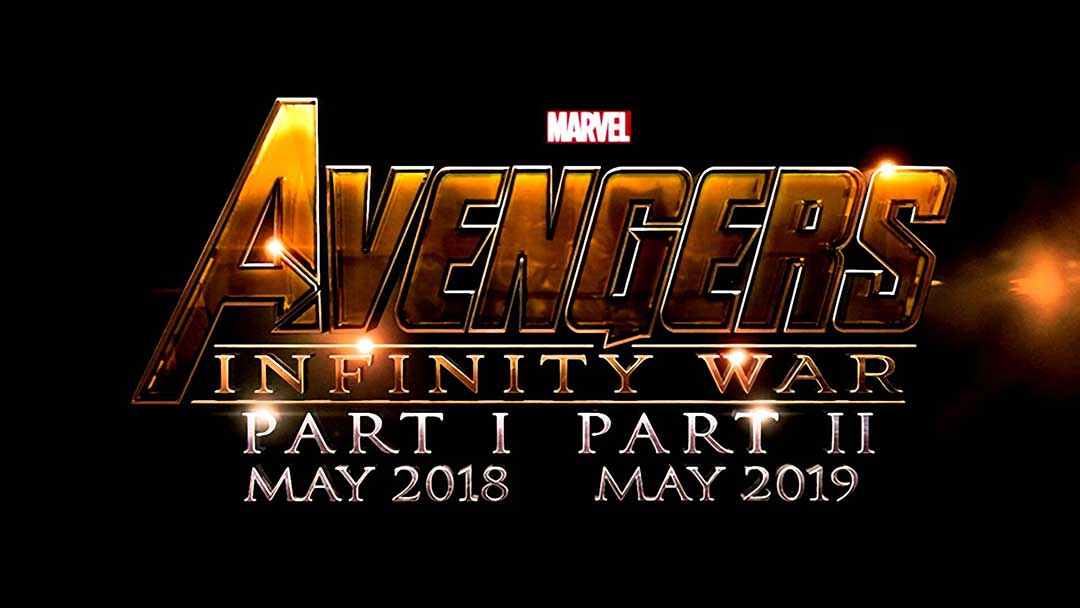 If you crave more, below are some of the source material the movie pulls from.

For the best overall best read on the Infinity Guantlet stories, I recommend: Infinity Guantlet Omnibus. It is the most complete colleciton of stories in one giant book. This is the first place to start reading.

If the omnibus is too much for you, check out Silver Surfer: Rebirth of Thanos, which details Thanos Quest. Follow that up with Infinity Gauntlet and that should be a pretty complete look of where most of the movie drew inspiration from.

For a non-canon story of Thanos, check out: Marvel Universe: The End.

To read more on the Black Order, check out: Infinity. You’ll see how badass Ebony Maw and Corvus Glaive really are.

Even more: Thanos Rising and The Thanos Imperative.

Below is what my coffee table looks like. Yes, that’s a Marvel Legends Series Infinity Gauntlet Articulated Electronic Fist, for adults. 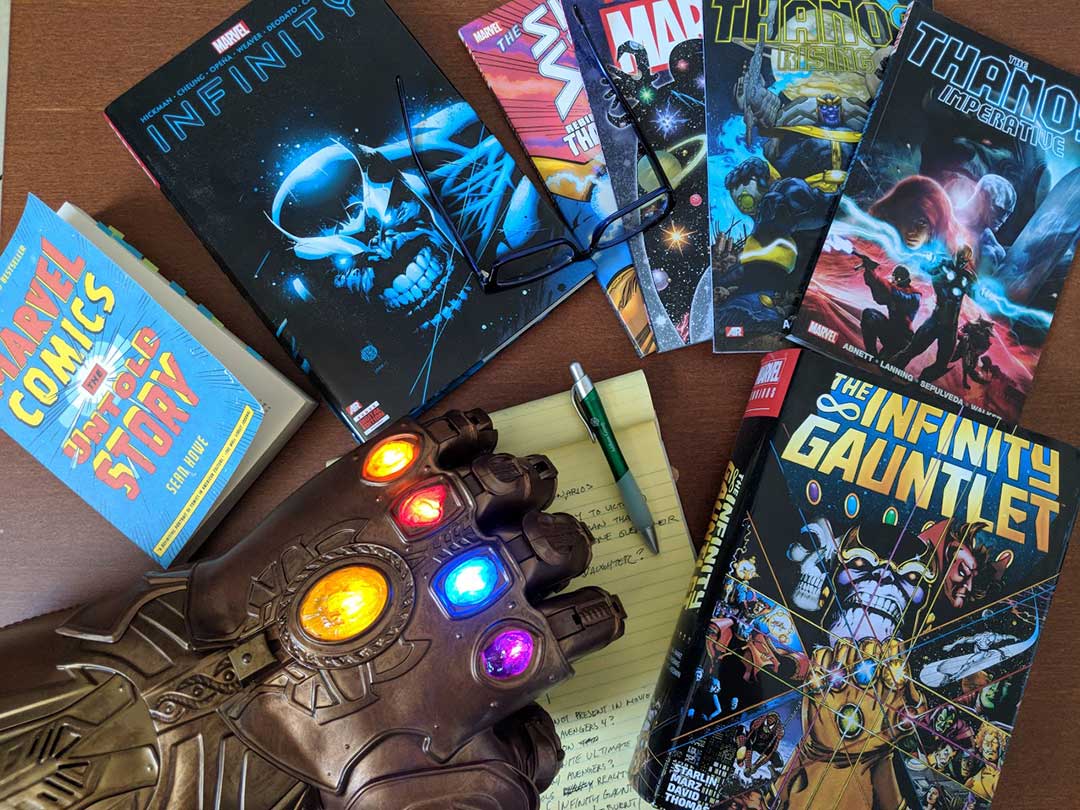 Some images for this post was lifted from wall.alphacoders.com