This past weekend I went to C2E2 over at McCormick Place. Once again I wasn’t able to obtain a press pass, so I went as a civilian photographer– I bought my 3-day pass. Every year I’m going to try, and every year I’m probably going to get denied!

C2E2 isn’t too big that it’s uncomfortable to go as an individual or even as a family. McCormick Place is huge and there’s plenty of room to expand in case the crowd size does ever get bigger. I’ve been to San Diego Comic Con, and the show floor you are often walking shoulder to shoulder, back to back on the industry side of the hall. It is crowded and often uncomfortable.

I go to C2E2 for three reasons:

This year I spent more time at the main stage and panels than on the show floor taking photos of cosplayers. The main stage is where they do almost all the celebrity spotlight panels. It’s a big room that seats about 700-800 people. I really like how the main stage doesn’t restrict attendees from walking around to take photos. So I was able to move all around the room to take photos with my 70-200mm zoom.

The moderator for most of the spotlight panels was Clare Kramer. She did an amazing job as usual.

Most main stage panels are easy to get into. There are usually a few that are very popular that do fill to capacity. The two I wasn’t able to attend because of that were the Stan Lee/Frank Miller and the Agents of SHIELD spotlights. Something was also wrong with the projector that caused some delay and threw off my schedule.

The conversation with Wil Wheaton was vast, everything from table top gaming to mental health. I think at one point he pointed out that he was the cheaper or less expensive version of Chris Hardwick or something to that liking. Funny! 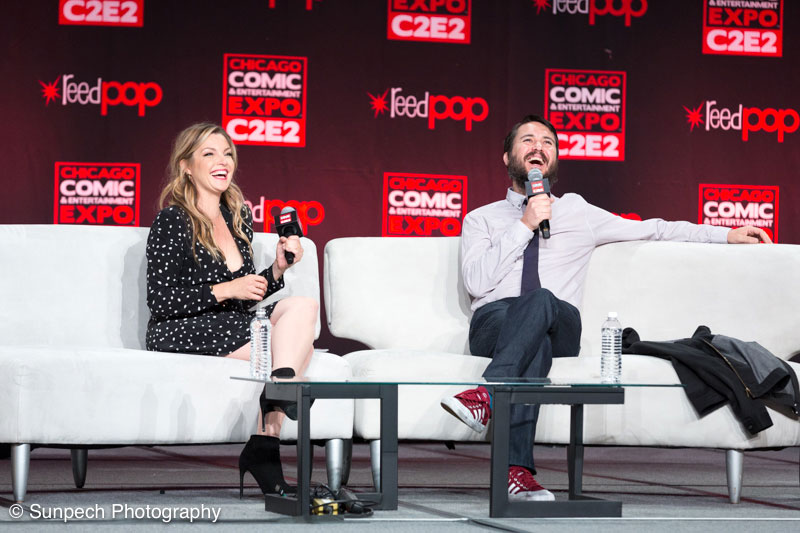 I confess that I’ve never watched an episode of Chuck before. But I do know Zachary Levi from his role as Fandral from the Thor movies. He is a funny man that can entertain a room by himself– no need for a moderator because he can move the conversation along by himself with fans. 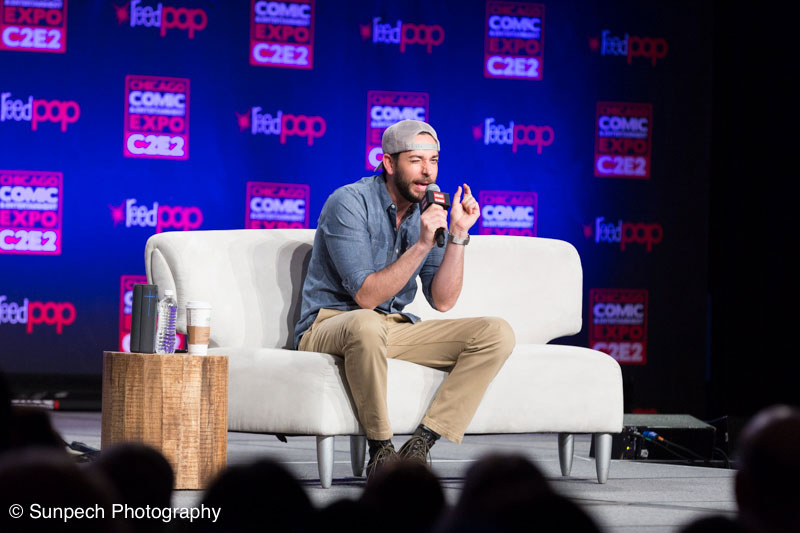 I was never a fan of The Might Morphin Power Rangers US tv show. I used to watch the original Japanese show whenever I visited Thailand as a kid and just couldn’t get into the US version.

That said, I admire how much Jason David Frank works to connect with his fans. He does a lot of conventions every year and is able to be grateful and enthusiastic the whole time. 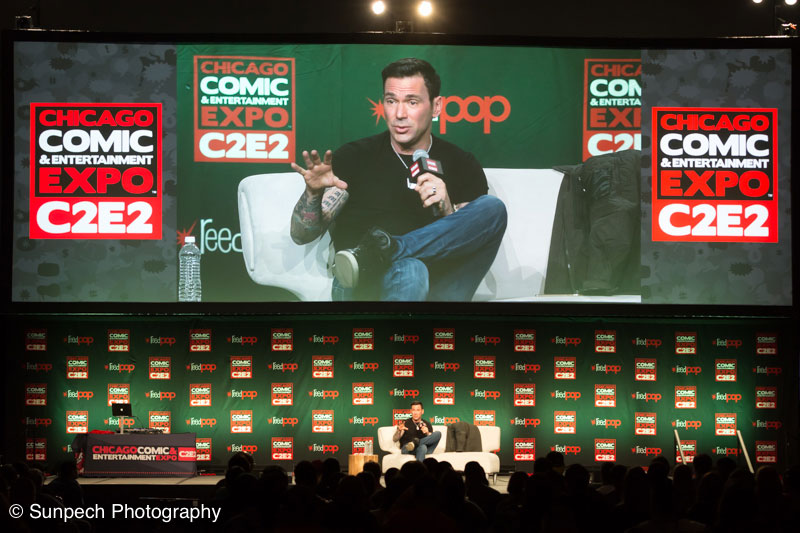 Best known as Abraham from The Walking Dead, Michael Cudlitz is not forgotten. Sorry spoilers! 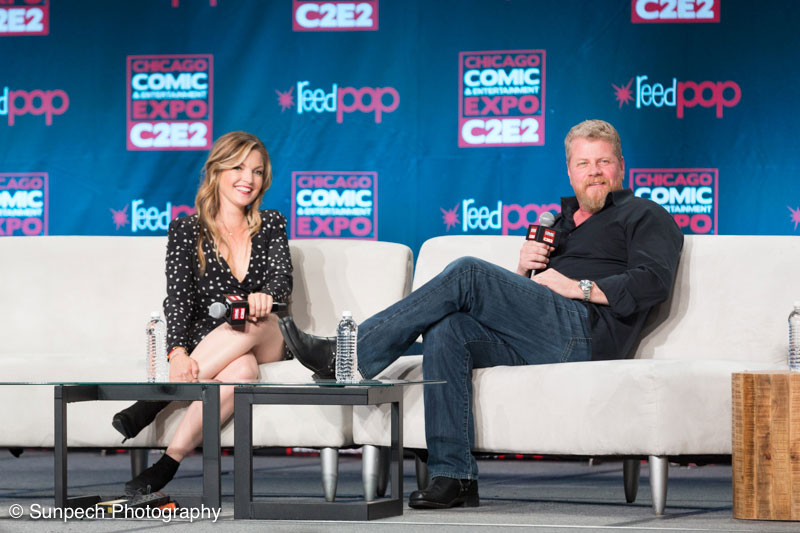 Frank Miller is comic icon. From writing, drawing, to directing, this guy has done just about everything. I really enjoyed his Sin City books as well as his original Dark Knight Returns books. 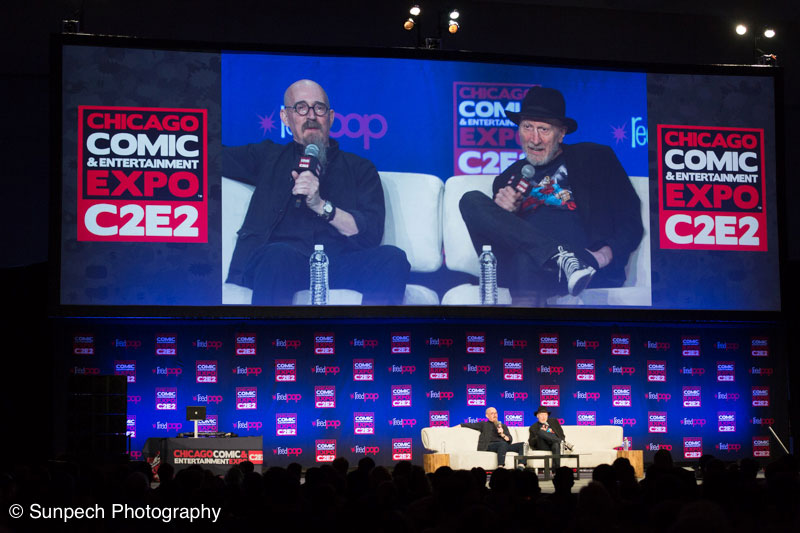 Vincent D’Onofrio has starred in so many movies I’ve enjoyed over the years. His latest is as Wilson Fisk (Kingpin) in Daredevil. 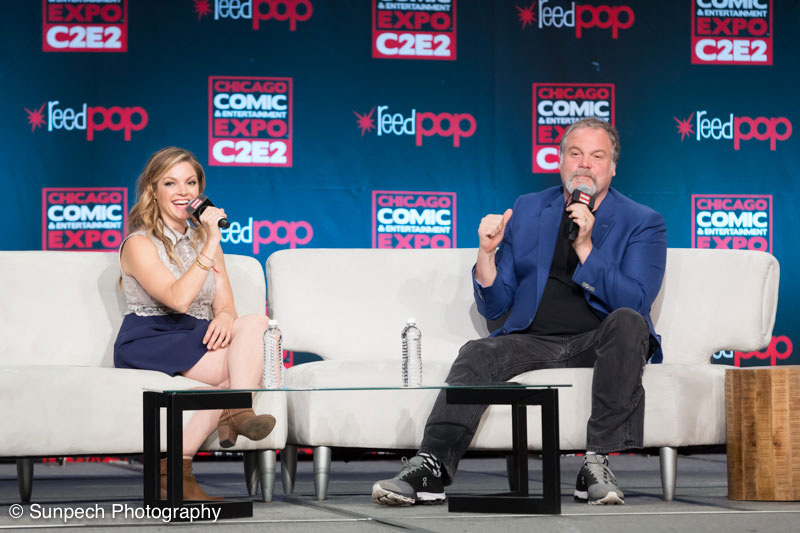 The Millie Bobby Brown panel was one of my favorites! Like everyone else, I’m a big fan of the hit show, Stranger Things! Her character, [Eleven](https://en.wikipedia.org/wiki/Eleven_(Stranger_Things) was amazing and I can’t wait for Season 2!

I can’t believe she’s only 13 years old! She holds herself up so well for being so young. The stories she shared was incredibly funny too!

A few things she shared: 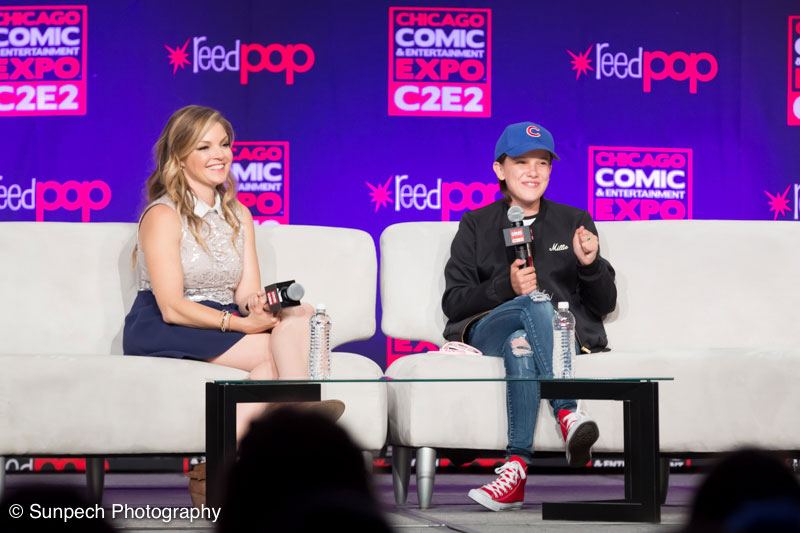 I thought it was hilarious how many guys were hitting on Mike Colter at his spotlight panel. The running joke was that they were asking him out for coffee, as in it’s just coffee. Inside joke, you need to have watched Luke Cage to get it. 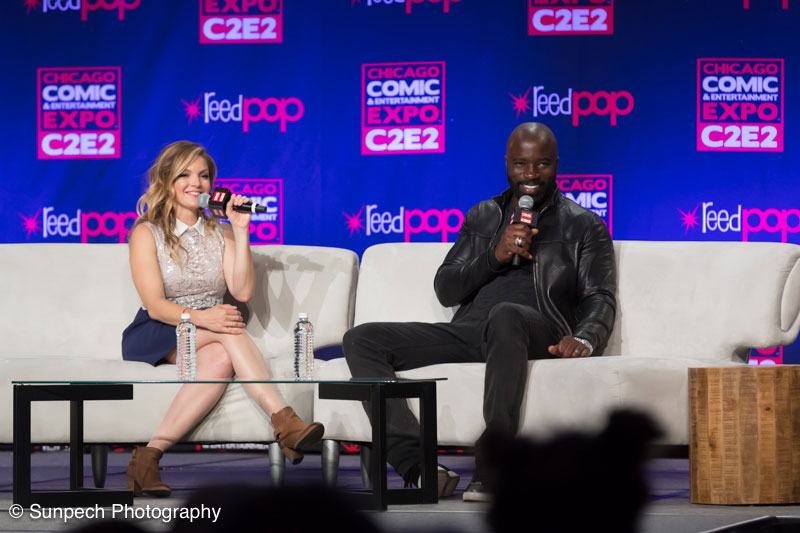 The only comic book related panel I went to was the one held by Comicstorian and ComicsExplained. It was fun just like last year, I had to leave early to prepare for the Crown Championship of Cosplay.

I spent maybe 20% of my time on the floor taking photos of cosplayers. The bulk 80% was in panels and the main stage. I generally avoid the main floor because it has the ugly red carpet with horrible lighting.

The cosplay, year after year, is just getting better. The work that goes into the costumes really shows, and the cosplayers are becoming pros at posing for the camera. It’s a real treat to be a part of it all.

Although I have to admit that half of the cosplay I see I don’t even know where it’s from. They pull from so many different genres and stories that I cannot keep up. 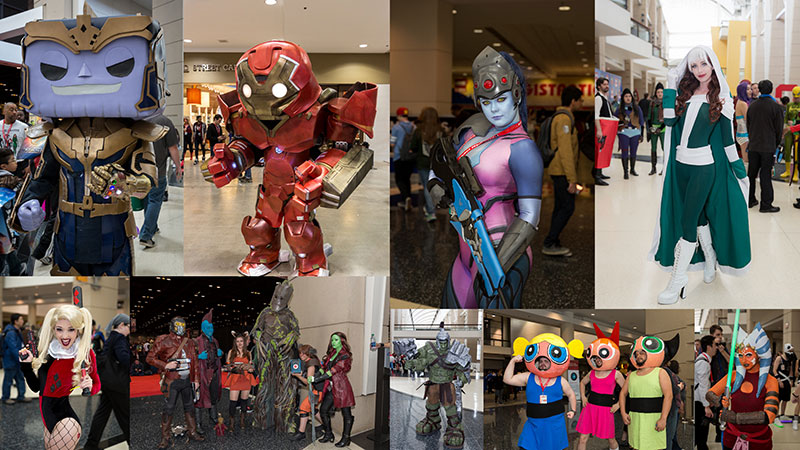 This was the first time I attended the Crown Championships of Cosplay. Last year I thought about going but was too tired. Then when I saw the pictures from the event, I regretted not going, so I was determined to go this year. I was glad I did went through the trouble of getting a wristband– the event is so popular that they hand out wristbands the day of so people don’t stand in line all day to get in.

There were four categories that contests competed in:

My favorites were the Larger than Life and Armor categories. Anything that looks battle-ready and looks like it was straight off a movie set gets me excited. The work and craftsmanship that went into the costumes really showed. I have no idea how the judges could pick winners out of them.

Friends have asked if it’s worth going to. Simple answer: Yes!

The venue is big enough to accommodate larger crowds than what shows up on any day. There’s plenty of room to grow.

Have kids? No problem, comic cons have been more family friendly than ever before! Want to dress up or cosplay? Go ahead, you’ll fit in even more!

C2E2 is everything a medium-sized convention should be for comics and entertainment. It has celebrity and comic industry guests that’s accessible to all that show up. They have great exclusives and merchandise to buy. C2E2 is way better than Wizard World. The only things they don’t have is what you would find at large conventions such as SDCC and NYCC: big industry presence that brings exclusive content and big parties. But that is all to be expected.

Here are links to full photo albums on my Facebook Page.