Last week I was in San Diego for Comic Con. This year marks my fifth time that I’ve been to San Diego Comic Con. 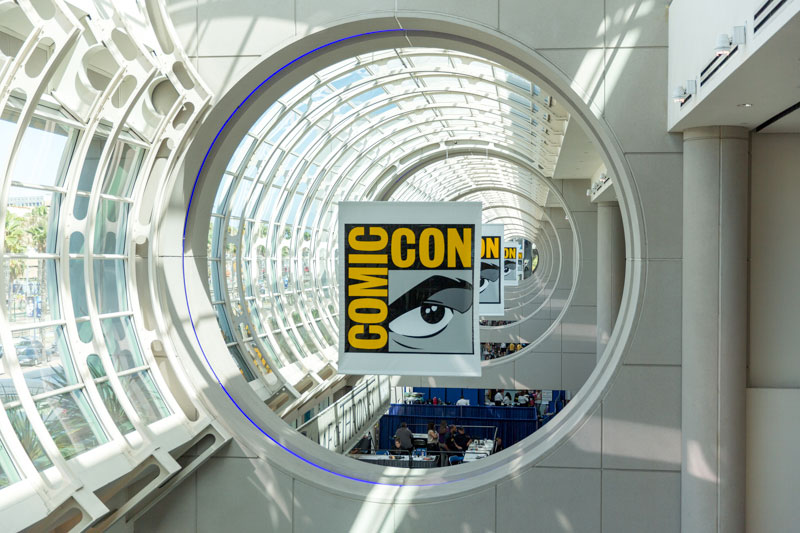 This month of July also marks twenty years since I attended my first comic convention in Chicago, when it was then known as Chicago Comic Con (it was bought by Wizard World in 1997). 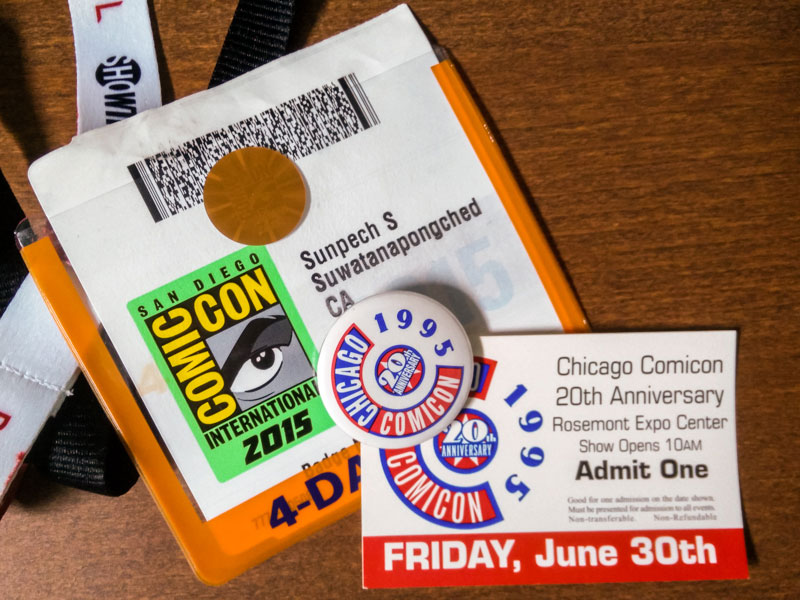 As usual, it’s always fun to go to the biggest geek party in the world. I normally complain about how it’s gotten so big, but this year it didn’t feel as big as previous years– particularly on the exhibit floor.

The exhibit floor on Thursday, Friday, and even Saturday was very walkable– it wasn’t as crowded as previous years, by far. Sunday on the other hand, was a madhouse on the floor everywhere I went. It’s the day that people do their shopping in general and vendors are willing to drop their prices the most so they don’t have to haul stuff back to their shop.

I noticed more families and kids at Comic Con this year. This means that the con has become more family-friendly than every before and I also noticed that booth babes were virtually gone. Pretty much every day on the exhibit floor I saw kids and parents with strollers moving about. This is great that they are more inclusive of everyone.

The Omni playback room was actually pretty good this year. It wasn’t crowded, it’s air-conditioned, and the bathrooms are somewhat clean nearby.

The lines for exclusives and toys was ridiculous. I’ve read forum posts about how the exclusives lines at the beginning of the day is already flooded by professionals (vendors) who buy them up and re-sell them at their booth. This is essentially cheating.

Some of the strollers I saw didn’t even have any kids in them. And some of them were absolutely huge and stuffed with merchandise. The parents obviously were using them as shopping carts.

Selfie sticks were also pretty annoying. I thought they were banned from SDCC starting this year, but there was plenty of them being extended above the crowd.

The parties outside of the convention center is just too noisy and douche-y for my taste now. I think a lot of locals use it as an excuse to have a big city-wide costume party with some hopes of running into a celebrity. Yeah, sure it’s great for the local bars and restaurants, as they make a year’s worth of profit from a week’s work.

Some of the security staff on the exhibit floor were not well trained or professional. Many are pretty good and do what they can to have fun with the large crowds, but a few were rude. For instance, in a crowded line of people moving in one direction trying to take photos of celebrities at a signing booth, a security personal should not be yelling at the people in the middle to keep moving forward if they are unable to. Obviously the people at the end/exit need to keep moving so everyone else can move. Asking for the middle line to trample on top of others is just stupid.

This was the one live panel that I went to fully.

It was a fantastic panel that I personally could relate to as an Asian American. I hope to see the video up on Racebending soon.

You can checkout my pictures in my Super Asian America FB album. 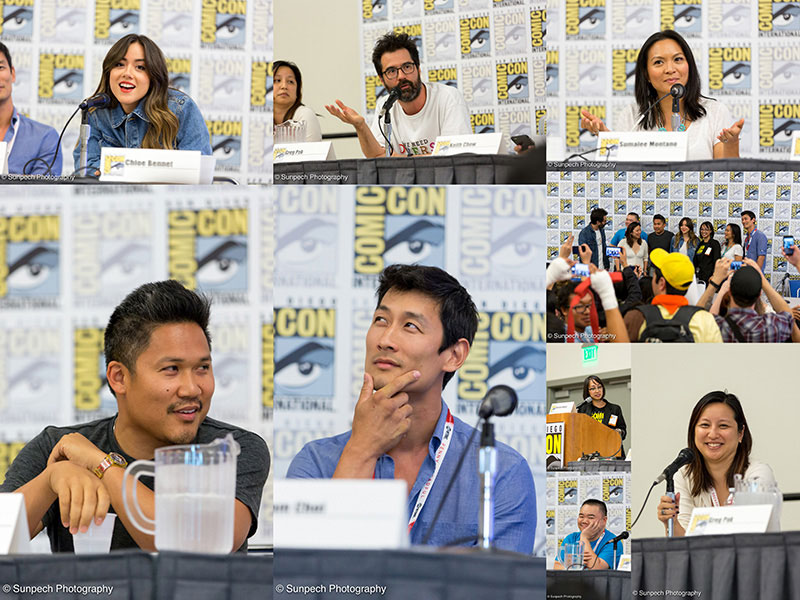 I thought Star Wars stole the show at Comic Con this year. Their panel introduced the new heroes and villains of Episode VII, but also brought the old cast on stage. Plus, they brought Hall H to a special Star Wars concert as a surprise. See: The Verge: Star Wars created the most magical event of Comic-Con

The best thing from Fox was Deadpool. Fantastic Four and X-Men: Apocalypse was just okay. The Game of Thrones, Batman vs Superman, Suicide Squad, Agents of SHIELD, Agent Carter panels were all also just okay.

I didn’t really care much for the Walking Dead panels. The Minority Report panel was extremely boring to watch. I also fell asleep during some other panel playbacks because they were also pretty boring.

Avoid the crazy lines of Hall H, Ballroom 20, and all the exclusives/merchandise booths. I want to go to SDCC to have fun and make good use of seeing/enjoying things. Waiting in line to only maybe get what I want isn’t what I want to spend my time on.

Stay positive. You’re probably going to get bumped, pushed, and/or even elbowed in the crowded exhibit hall. But if you can maintain a good attitude above it all, you not only help yourself, but those around you.

Check out the smaller panels. I say this despite me not following it myself this year. The big panels will almost always be uploaded to YouTube as some point, the coverage is immense. The smaller panels may not be recorded by an audience member. The focus, intimacy, and panel questions in smaller panels is more enjoyable in general too.

Create a schedule at sched.org, which Comic Con partners with every year. There’s also a mobile app. Fill out your schedule and have backups just in case.

Playback panels is a great place to have your lunch and catch that big panel from either Hall H or Ballroom 20 you weren’t able to get into– or rather you were unwilling to sleep on concrete the night before for. 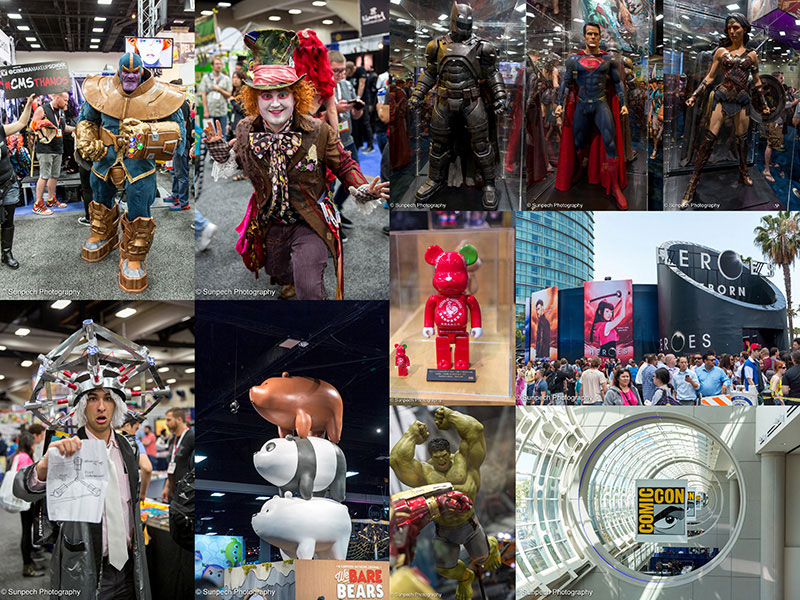 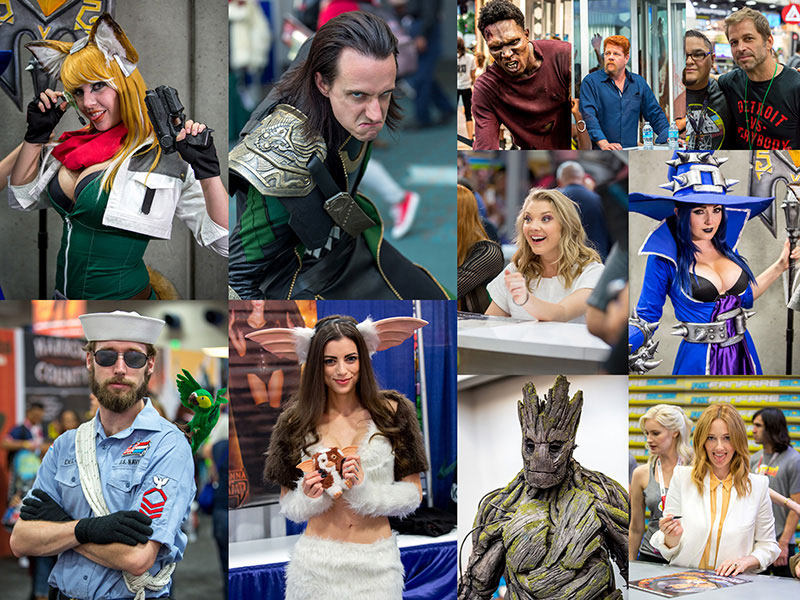 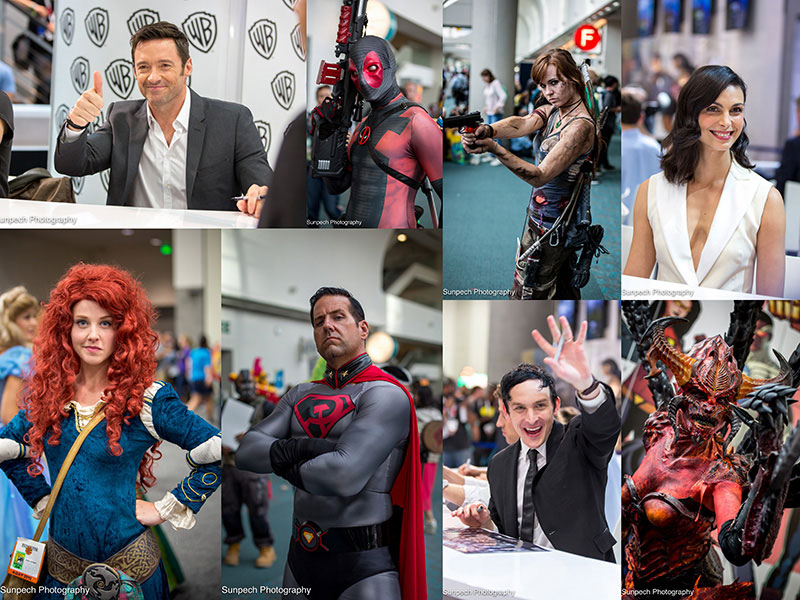 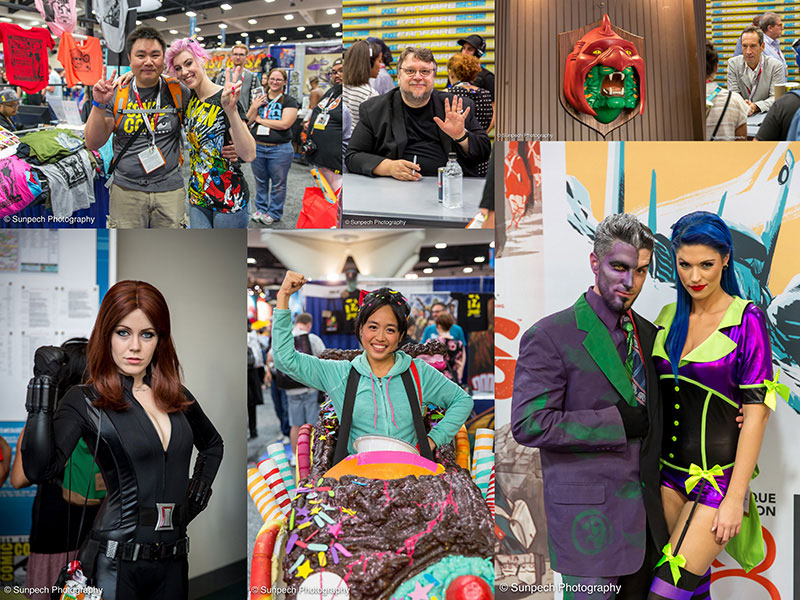