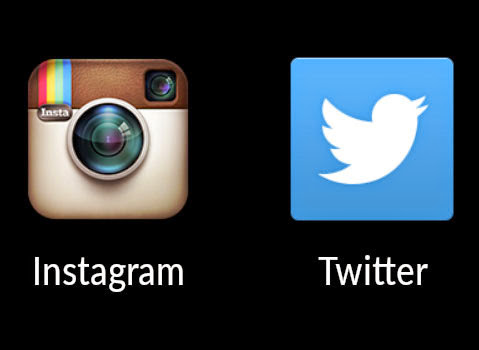 I like Twitter for following interesting people and entities. But lately, I’ve taken to Instagram more because it can also be interesting and more visually pleasing since each post has a picture telling a story.

I know Twitter has updated features to display images in web and mobile apps now, but most tweets do not have any picture whatsoever– even though tweets with pictures have twice the amount of engagements over those that do not have a picture. See: 10 Surprising New Twitter Stats to Help You Reach More Followers

So it’s possible for Instagram to have many of Twitter’s features, but none of its limitations. This raises the question: Can Instagram be a better Twitter?

I’ve been using Twitter since about 2006, when they first came out. But after about a year I closed my account because I thought it was stupid and represented more of a firehose of information that I couldn’t possibly read. In 2008, one year later, I reopened my account.

I returned because Twitter had matured a bit and represented a more open way to communicate than Facebook– which then and even to this day is more for personal friends and family than the entire Internet. So in a way you could say there was something I liked about Twitter that made me rejoin.

I also learned from some social media experts how to ease it to be sips instead gushes of water going up my nose with a Tweetdeck client. Anyone remember when this client app would have a notification sound and popup for every new tweet? It was going off every few minutes and was quite distracting and annoying. @GuyKawasaki, I’m looking at you here.

What brought me back was the amount of real time, informative, and interesting posts that people were tweeting. There was only so many baby and party pictures I could take seeing on Facebook– hopefully not at the same time.

However, there are two things that bother me about Twitter:

The biggest gripe I have about Twitter is the 140 character total limit. Twitter handle(s), links (shortened), hashtags, and the link to the picture all eat into this limit– not to mention the actual tweet of what you want to say.

I understand the history of the why there’s a limit, but it’s just really becoming outdated now– does anyone still send/receive tweets via SMS?

We are a media rich Internet, and although tweets are easier to read than long posts, let the community decide if what’s being presented in a tweet post is too long or not– not by this hard 140 character limit. Twitter is digging itself further into a hole.

I know many embrace this limit, saying that it requires that tweets are succinct and to the point– which definitely has some truth to it. A vertical scrolling stream of tweets can fit more with this limitation. But it also invites many to create link bait text– the kind computers are so good at generating now.

Conversations are really horrible on Twitter, much to do with every character in a Twitter handle counting towards the 140 character limit. Yet so many still try to hold conversations on it.

A while ago, I didn’t like Instagram (IG). Similar to Twitter, I closed my account, and about a year later opened a new account with a new handle: @sunpech (They don’t allow you to reopen closed accounts). I now find IG to have a higher level of engagement– possibly because every post has a picture and the community is just there to absorb in the pictures, hashtags, and even to a small degree whatever description is there.

However, there are several things I find annoying about the culture on Instagram:

The typical post on Instagram has an absurd amount hashtags– which isn’t really human readable by any means once it’s beyond 4-5 tags. I find it to be rather stupid when the majority of an Instagram post are hashtags that I wouldn’t ever look up to begin with. But the numbers don’t lie, 11+ hashtags leads to more interactions. See: 8 Surprising New Instagram Statistics to Get the Most out of the Picture Sharing Network

Any web links that are in the posts and comments aren’t clickable. This makes it incredibly hard to push traffic anywhere else– it’s like IG is the final destination once you get there. I think it would be hard for a business to link a product’s picture right to their digital storefront.

Instagram is a mobile focused service. Currently you cannot even sign up for an account on their website– you must have a smartphone with their mobile app downloaded to get started. Once you have an account you can login and see your stream on the website, but it’s mostly in read-mode, as you won’t be able to upload any pictures except from the mobile app.

The low resolution picture limitation on Instagram is going to bite them in the butt later. They only allow lower resolution square pictures to be uploaded, max size of 612x612 pixels. Sure it’s nice for mobile and smaller screens, but what about the future when the term mobile goes away and we just simply have a complete experience of viewing pictures and information anywhere– phone, door, wall, refrigerator, car, etc. A time and place where 612 pixels isn’t a high enough quality to scale up to larger resolutions.

By no means is Instagram in its current form is the great end-all-be-all of social networks. I think there’s plenty of room for improvements based off the list of dislikes above. But Instagram seems to be the “active” community where as a non-celebrity you can find an audience to enjoy and engage your posts.

Instagram is very straight forward to use. It’s an app to upload and share pictures with everyone. You can make of it what you want with little of the limitations that Twitter has imposed on their service. It seems then that Instagram can grow to be the better Twitter if they improve and current trends continue. Instagram already has video clip capability like Vine, but again without the many of the limits. See: Instagram Video Vs. Vine: What’s The Difference?

Also see: Execs At Instagram Believe They Will Soon Eclipse Twitter As They Head Toward 1 Billion Users

Many would argue that they are two separate social networks and comparing them is like deciding between eating an apple or an orange– that it is all a matter of preference. Which I do agree with, to some degree. It’s not an either/or situation where there can be only one.

But to me, it’s about presentation.

The analogy I would put forward is making a speech in front of a group. You could go up and verbally say all that you want with a 5 minute limit, with little to no slides– which is like Twitter.

For Instagram, you would be to go up with slides to help illustrate your points with a 45 minutes limit, not a measly 5 minutes. This by far seems like a better format for a presentation– no hard limits.

This all said, the communities are vastly different. I definitely tweet a lot more, but most of which never get retweeted or favorited. See: Sad Tweets shows you all of your biggest Twitter fails. The experience of Instagram is more rewarding per post, as it seems to reach someone that’s willing to engage. For me, that makes all the difference. 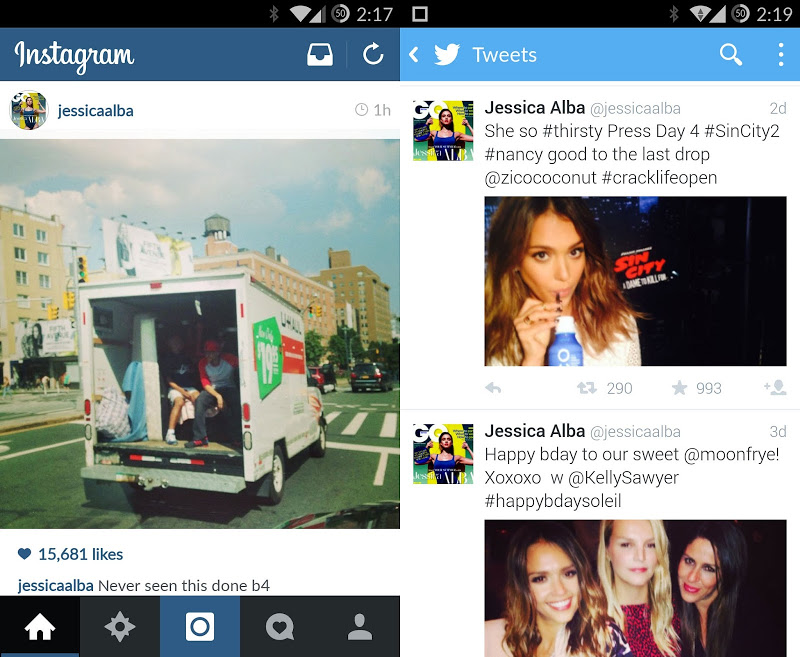