A little over a week ago I attended Anime Expo (AX) held at the LA Convention Center. I had a four-day pass for June 29 - July 2, 2012. The last time I attended AX was in 2008, quite a long time ago. I recall being the odd one for not dressing up– as so so very many people dress up in an anime costume!

So a motivation for attending this year was to take pictures of the costumed attendees. The level of detail and work that goes into the costumes is amazing. I’ve posted some of my favorites here, but here is the link to the full album. I took over 1500+ photos for the first three days, but chose a little over 300 to post and share in my album.

I opted out attending the last day on Monday because I didn’t really think the prices for toys and stuff was competitively priced. If you know what you want and it’s not too rare of an item, you can definitely find a better price online. The same goes for the San Diego Comic Con (SDCC) which I will be attending in a few days.

For me, the best part of AX is taking pictures of attendees and walking the exhibit hall to check out the toys there. I did check out the masquerade on Sunday evening– but I just didn’t care for it really. Maybe I’m just old and out of touch of the current anime/manga because I didn’t enjoy it so much. For me, the best costumes are showcased in the lobby of AX.

Anyway, I plan on attending next year. It’s a super fun event for photographers and anime fans! 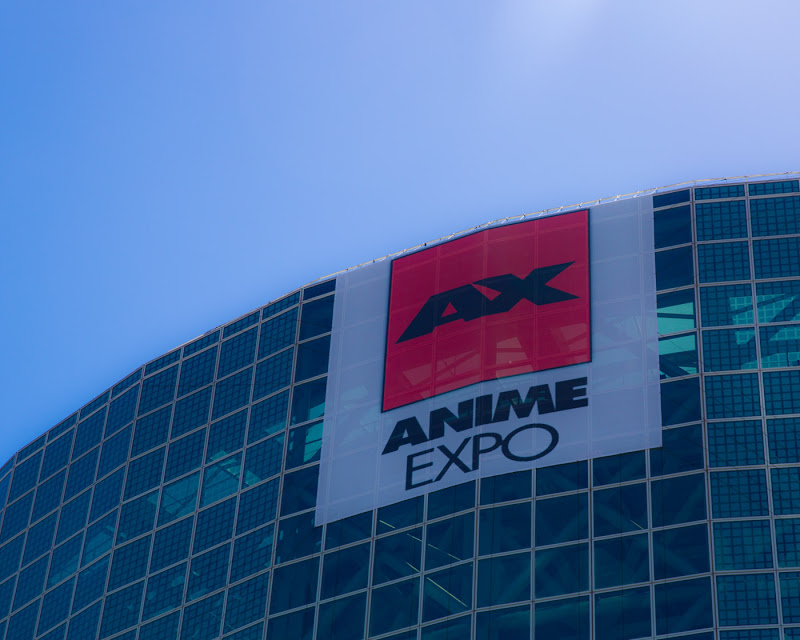 The X Games was right right down the street, which caused a lot of trouble for AX attendees and drivers downtown. 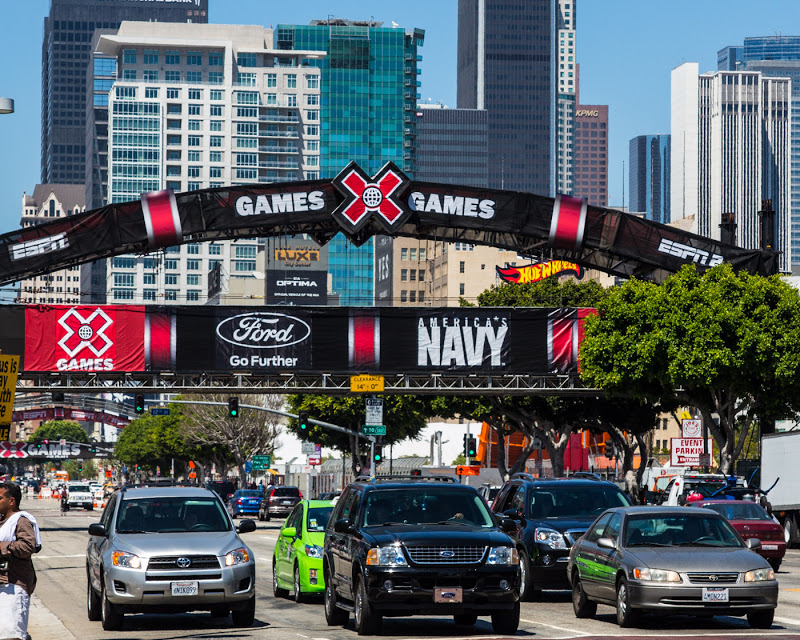 The pre-registration line on June 28 was ridiculous! The ticket booth is open 4pm-9pm. I recommend NOT going when it opens, and instead go closer to 8 or 9pm when there’s no line. 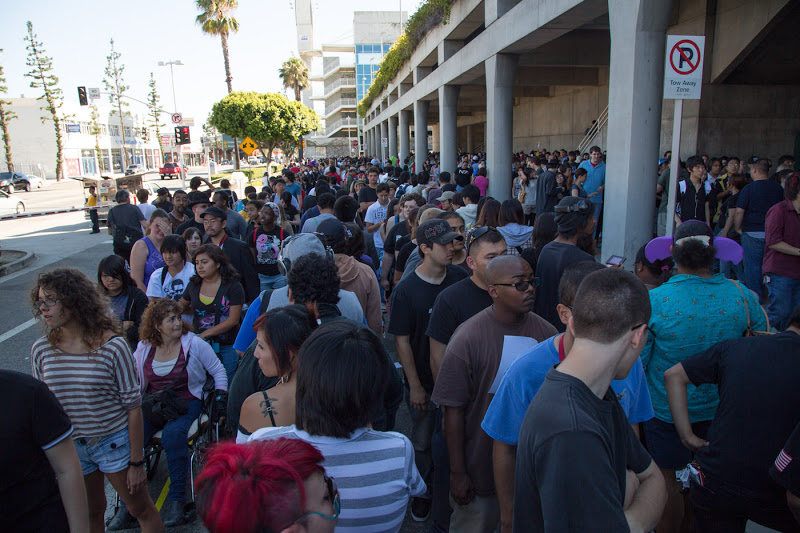 The entrance to AX. 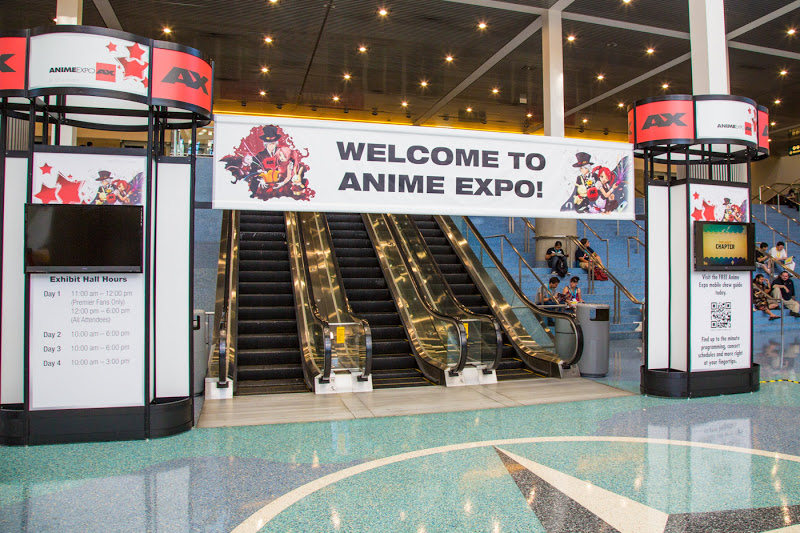 The lobby area where all the attendees in costume hung out. 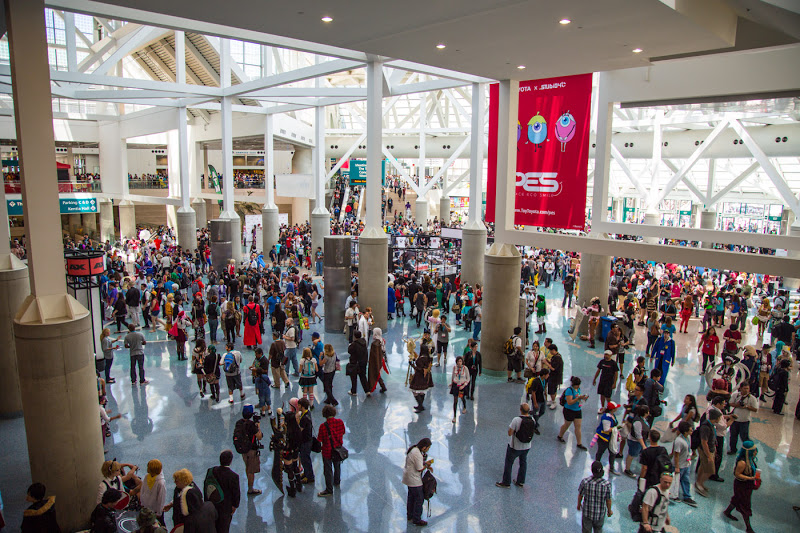 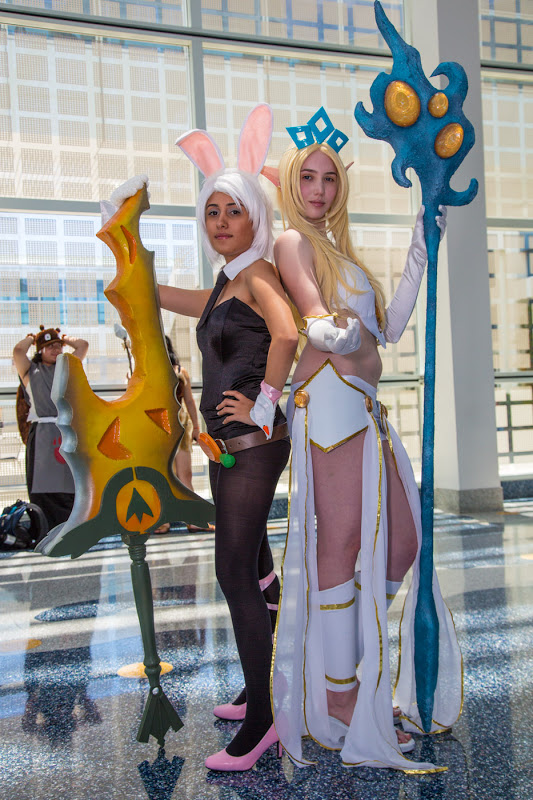 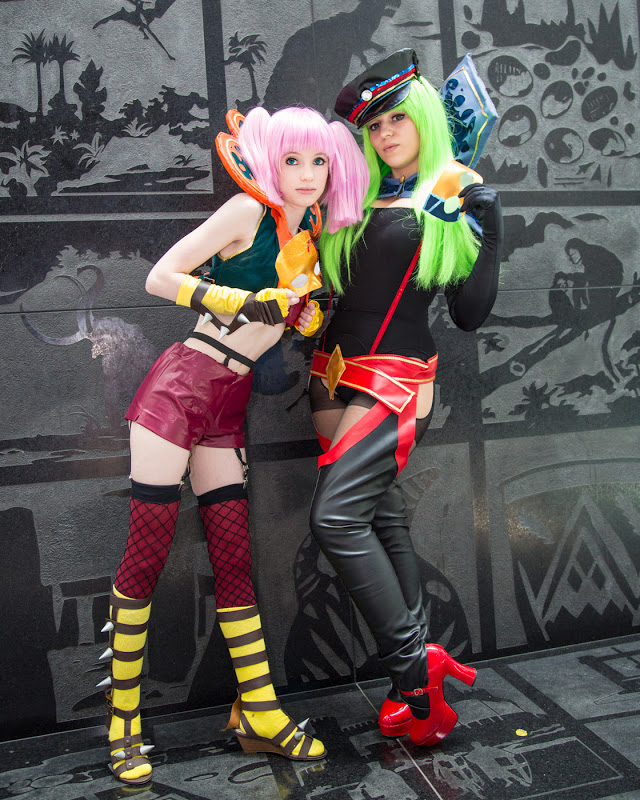 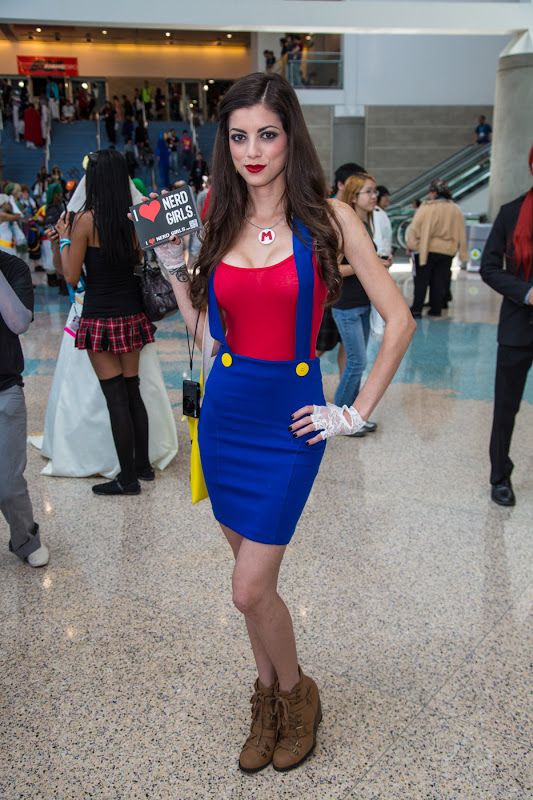 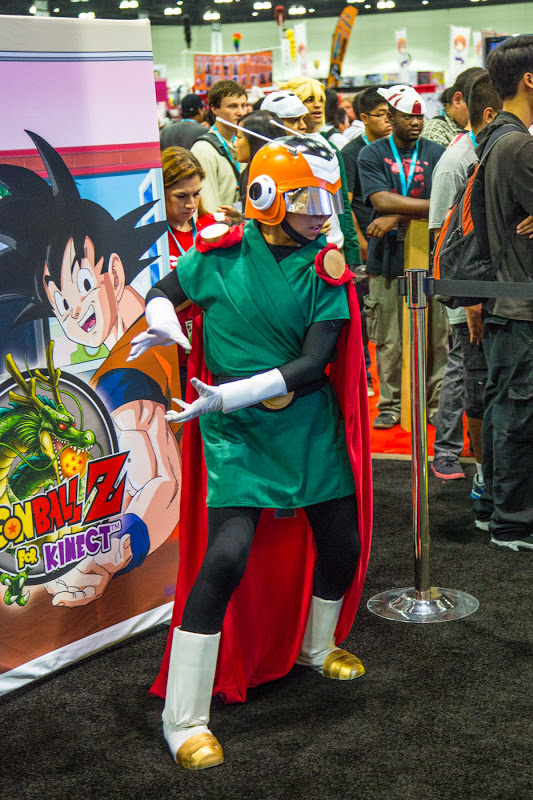 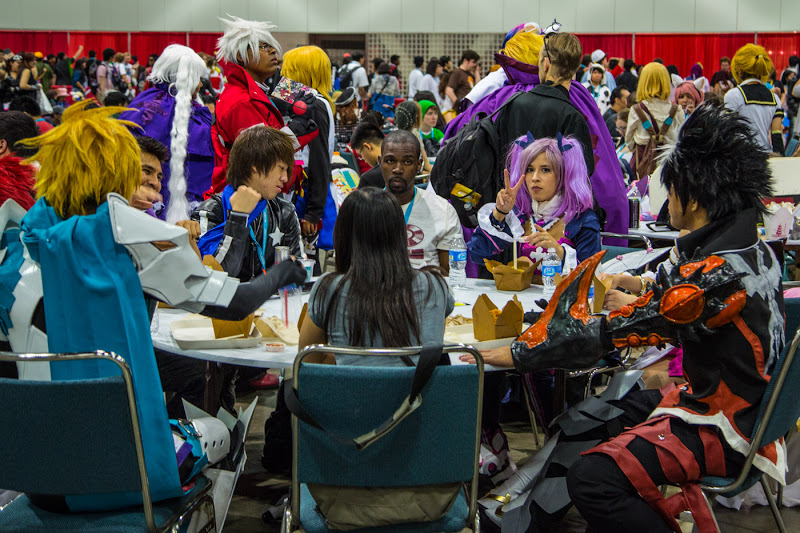 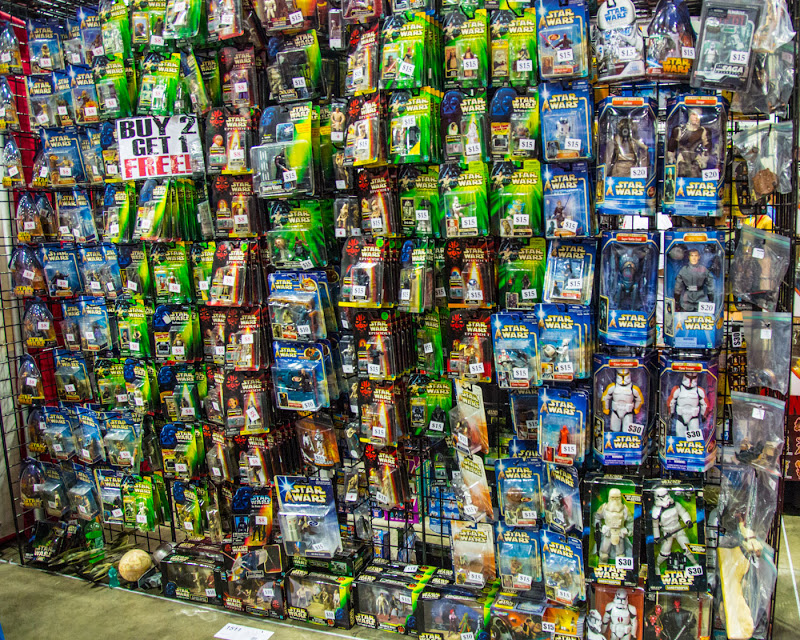 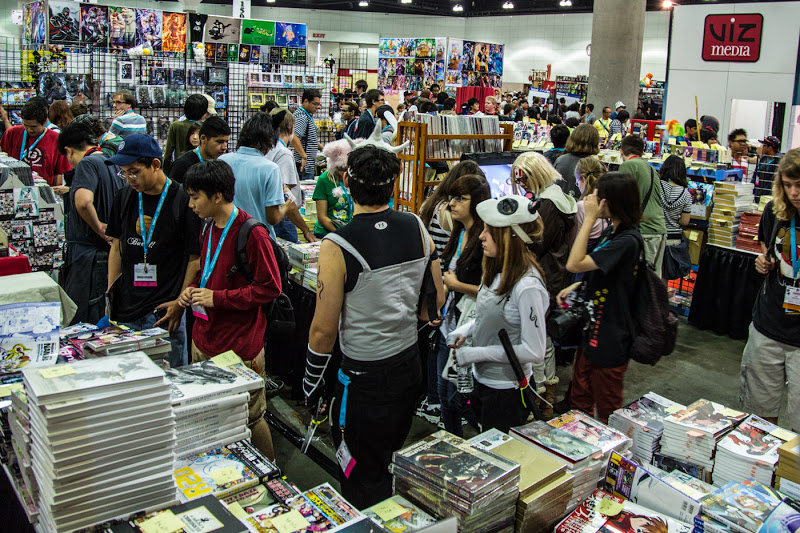 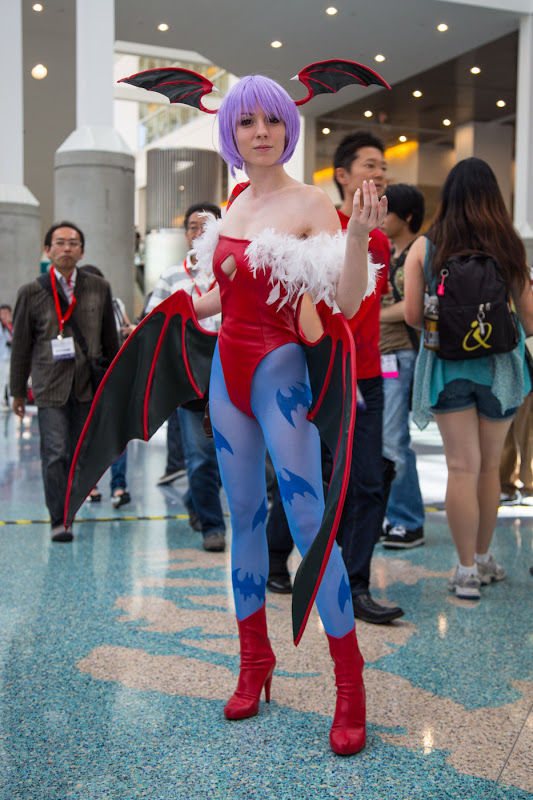 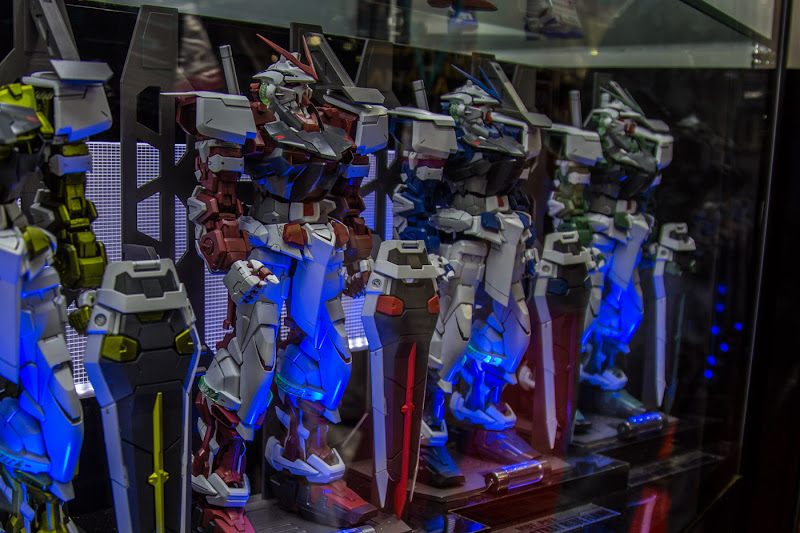 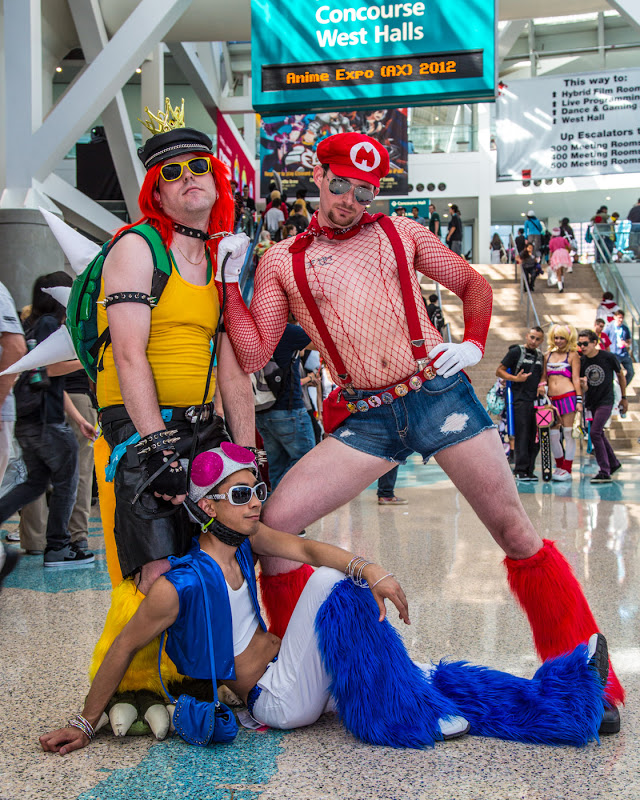 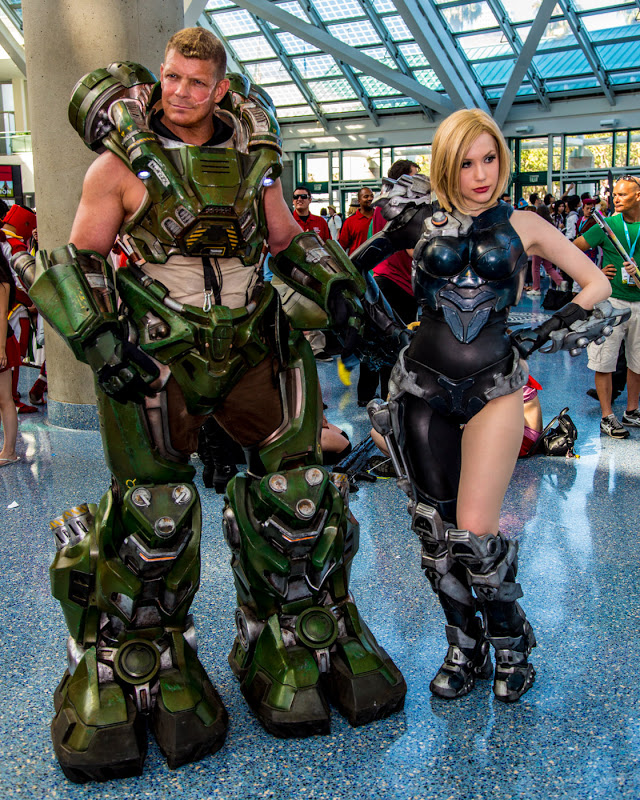 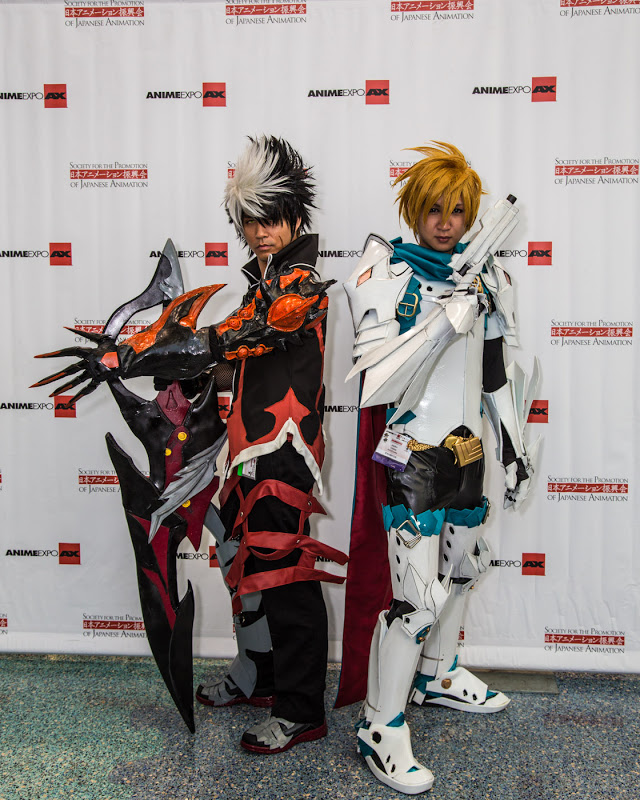 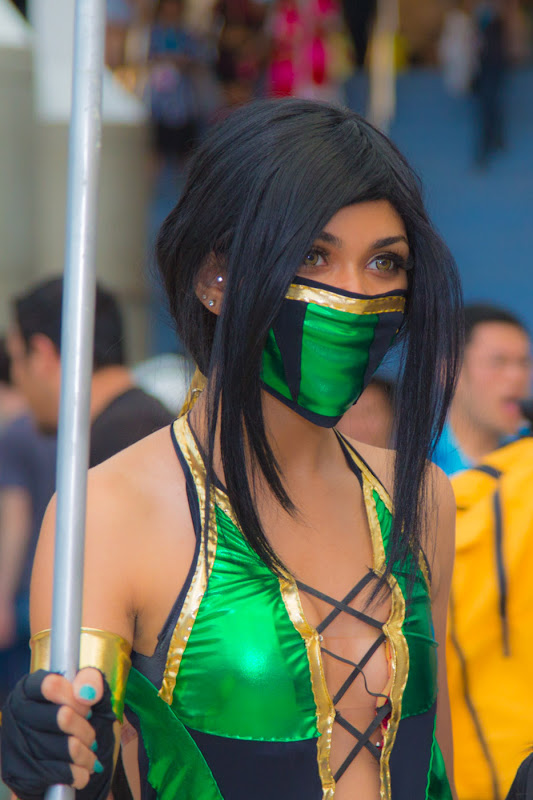 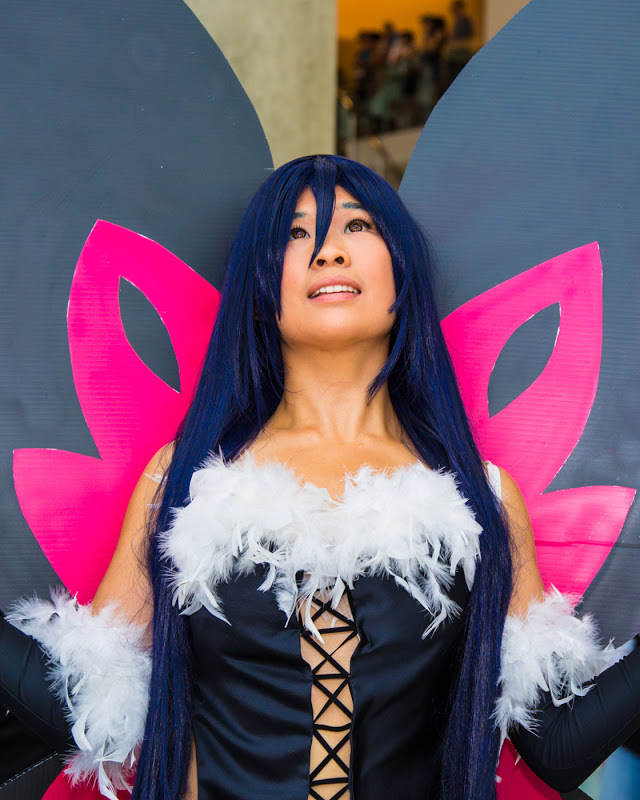 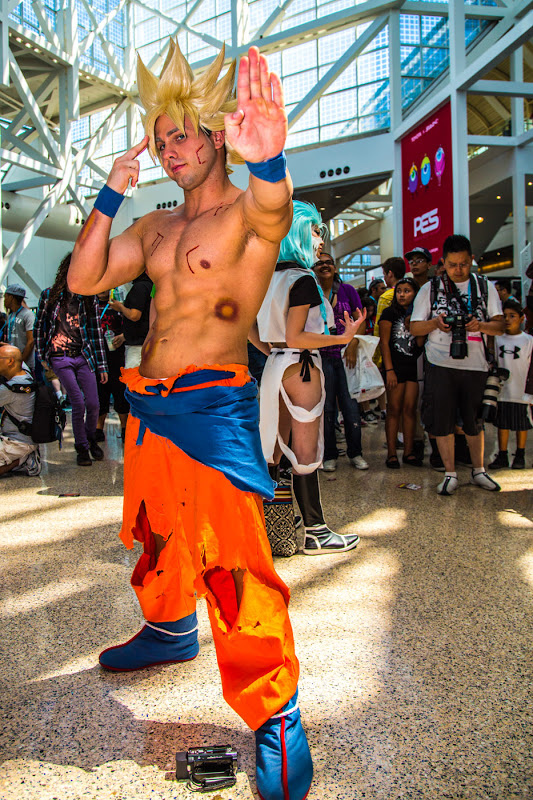 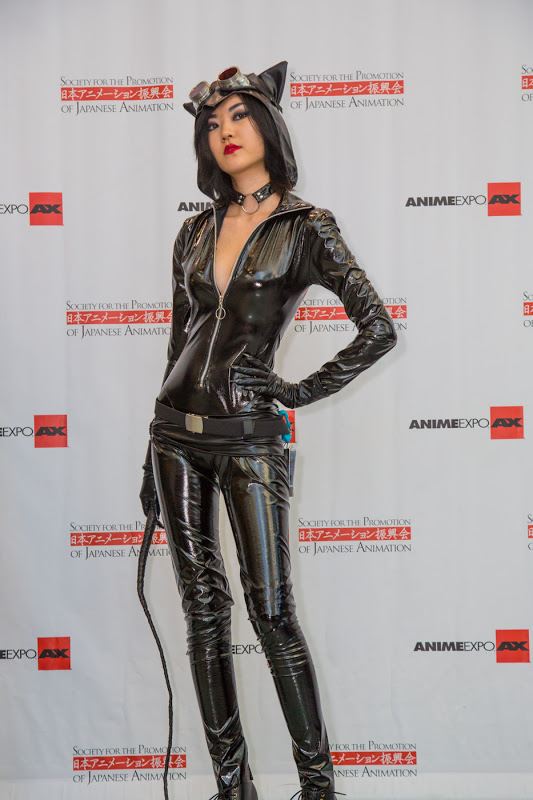 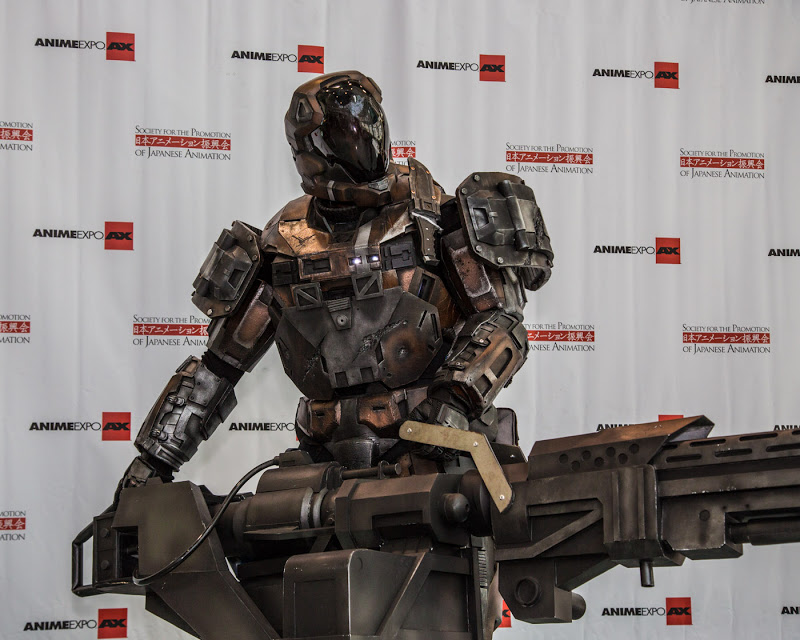 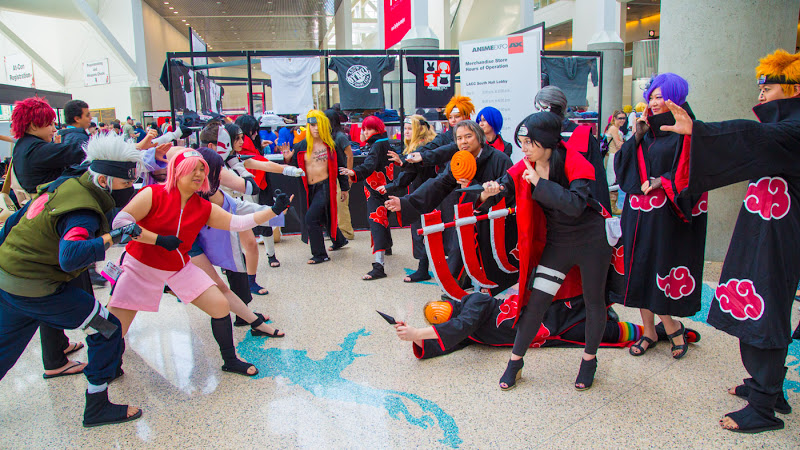 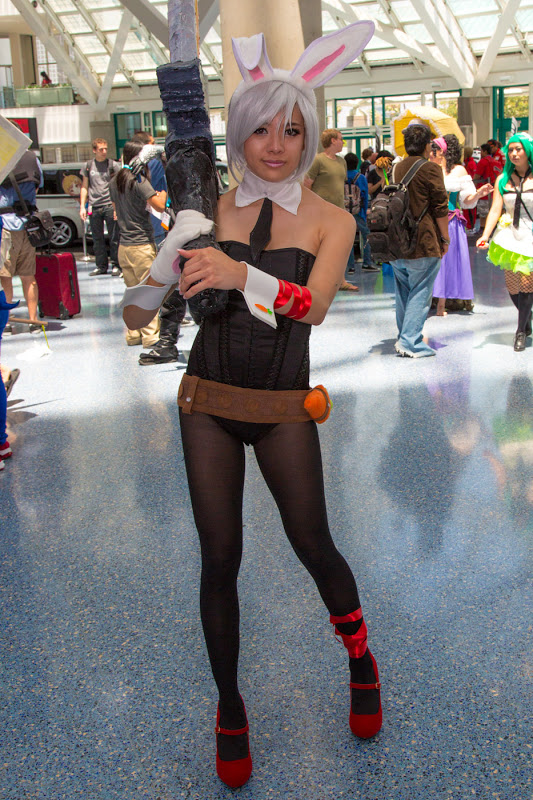 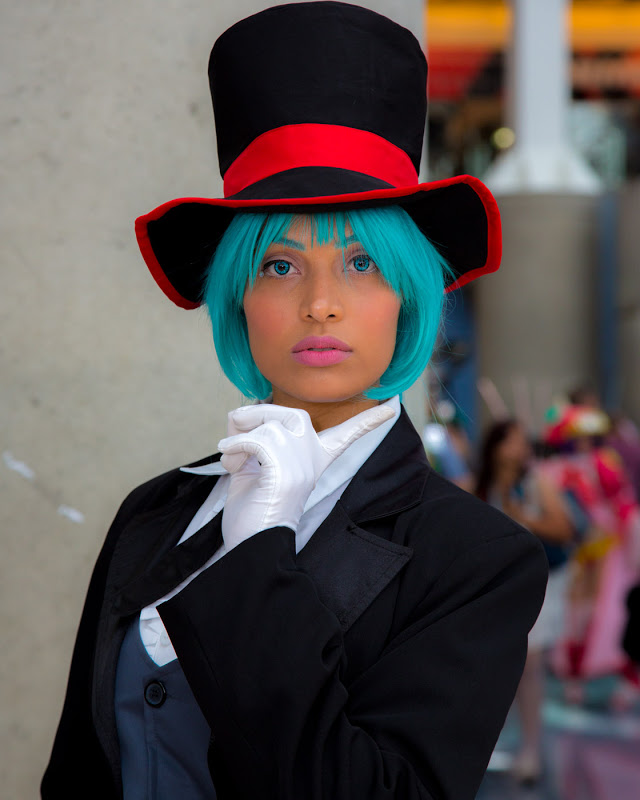 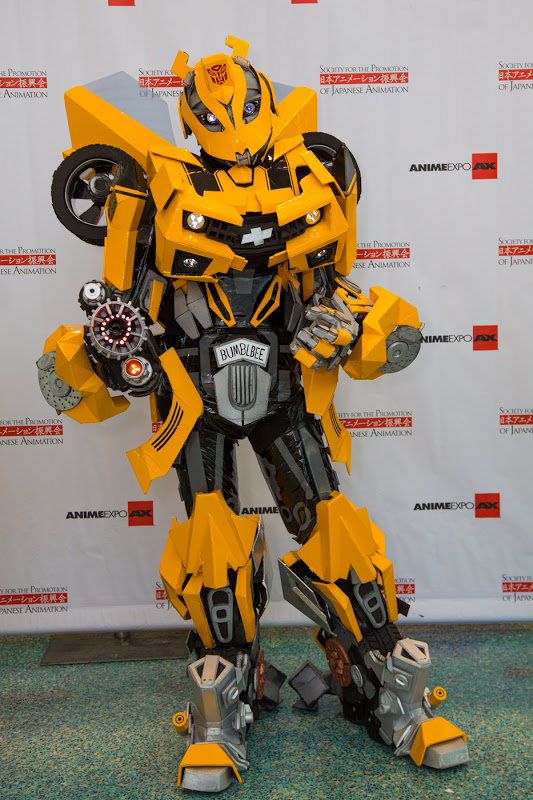 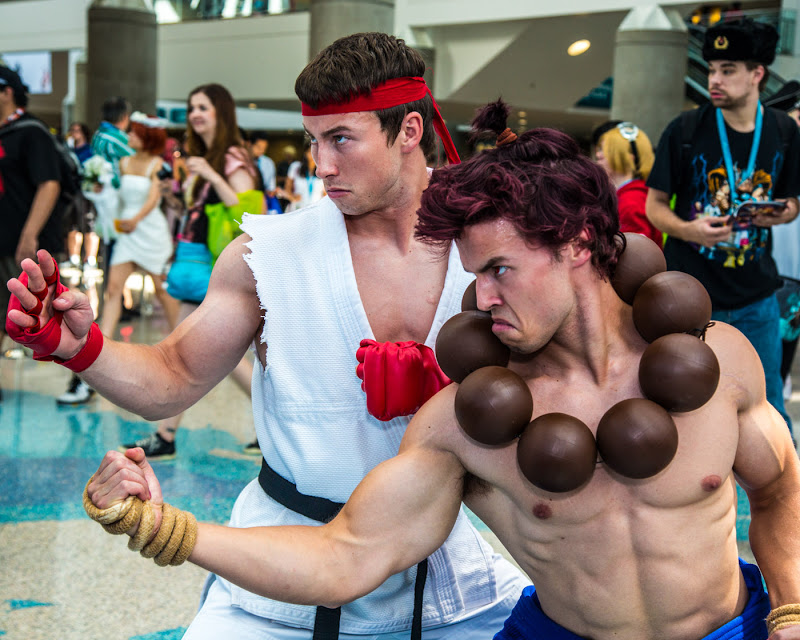 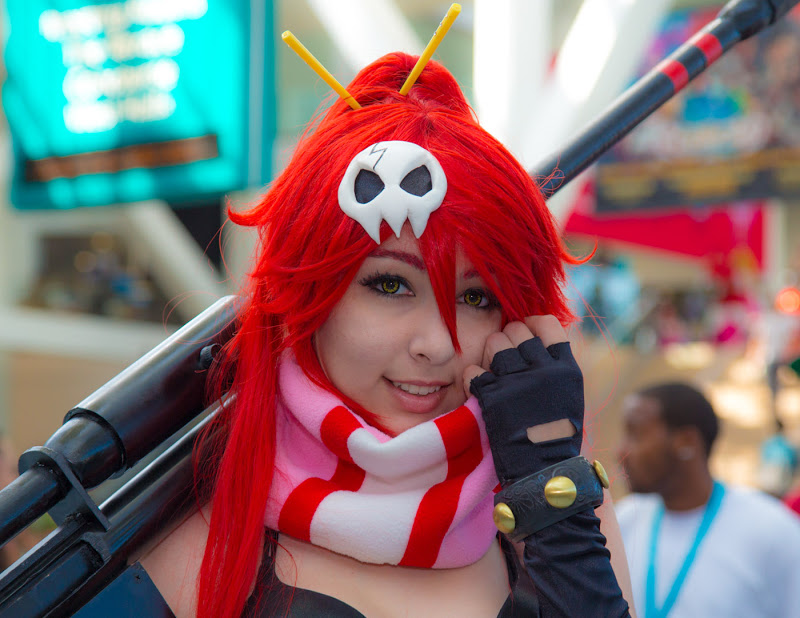