Microsoft has a new logo design for their operating system (OS), Windows. I’ve been reading a few tech bloggers/writers reactions to it lately, and I felt I just had to add my two bits in.

The last time I did a blog post on logo design, was on Tropicana’s new logo design.

MG Siegler’s recent blog post on Microsoft’s new logo evolution was the first ones I read. Other writers have also written how the new logo is no longer wavy and flag-like. Here is an excerpt of from Siegler’s post:

It’s true that the Windows logo has long looked like a waving flag, which makes absolutely no sense.

I have no qualms with anyone calling the Windows logo a flag. It is like a flag. A waving flag.

I take issue with the criticism of it not making sense. Since when do logos need to look like the name of the product?

Let’s look at the history of Microsoft Windows logos: 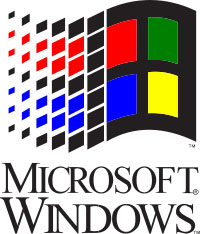 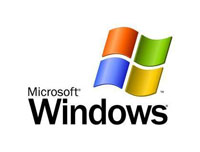 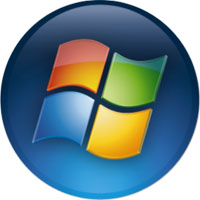 Here is the new Windows 8 logo:

I think the new logo is better and more simple, and has influence from Windows Metro design. Yes, it definitely resembles a window. But where else can we see this kind of logo design? Any other product, maybe from Microsoft that has four boxes with colors?

Does the Office logo resemble an office? Not really… but I guess with a stretch of the imagination it could look like office cubicles.

The point being, Microsoft’s line of product logos are similar. They are inter-related. Office and Windows are the brands and flagship products from Microsoft. That’s right, I used the word flag. The four boxes are iconic of the original windows in their OS. I see no reason why they would need to change this.

If anyone has a problem with Microsoft’s product naming conventions, then maybe they need to do something how Lily Robinson wrote to Sainsbury’s, which resulted in them changing Tiger bread to Giraffe bread.