I just finished reading In The Plex: How Google Thinks, Works, and Shapes Our Lives on my Kindle Fire.

Overall it was a good book with some insight into Google, but I wouldn’t say that the book was well-written. It does jump around a lot and the material wasn’t presented chronologically in story-fashion. It’s currently the most up to date book on Google as it includes recent stuff such as Android, Eric Schmidt’s stepping down as CEO in 2010, and it’s failures to enter as a social network. There are a lot of Amazon reviews giving praise to the book. I think it’s a little over-rated, but still informative. I just can’t get over how the writing wasn’t fluid.

The last techie book I read was, Steve Jobs biography. It’s interesting to contrast the companies such as Apple and Google. The former, Apple, very much treats the work they do as an art form, as beauty and simplicity. While the latter, Google, treats everything based off of numbers, as data– science.

I wouldn’t strongly recommend this book if you’ve kept up on Google through blog posts and editorials online over the past five years. I have read up on them, and I found myself skimming certain sections just because I was familiar with it already. 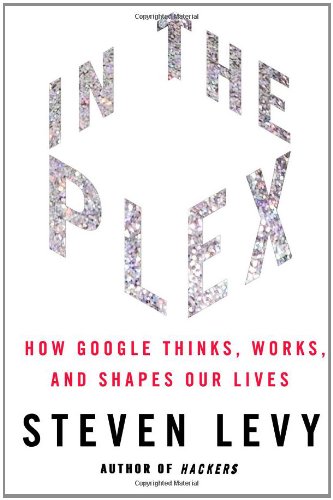 Other books I’ve read on Google:

My next book to read is The Design of Everyday Things.