In July of 2010, I quit my full time job as a software developer. I wanted to break away from the nine-to-five, travel a bit, have fun, and teach myself new things in the process. I was able to visit San Diego, Los Angeles, San Francisco, Boston, New York City, Denver, Bangkok, Chiang Mai, and Pattaya. 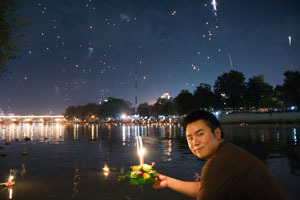 In 2011, I kept traveling, I visited Hua Hin, Phuket, Phang Nga, Singapore, Las Vegas, and Baltimore, before returning to Chicago for a time period greater than one week. Chicago is where I am right now. It’s been such a rush getting on and off a plane, knowing that there’s a different upcoming destination, just hours away. I’ve actually grown to like being in airports. 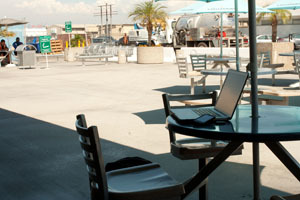 I am reminded of a blog post I read before I left for Thailand, back in October of 2010: 20 Things I’ve Learned From Traveling Around the World for Three Years by Tim Ferriss. I think it very much holds true.

The ones I found to be very true:

People are generally good. Most of the people I’ve come across have been very friendly, helpful, and well mannered towards me. This was especially true once I distanced myself from densely populated cities. Honestly, there seems to be a correlation between population density and people being unhappy or grumpy.

People don’t hate Americans. Actually, many people are either jealous or curious about Americans in general. I think their exposure to American culture is through television, movies, and what kind of technologies sprout up from the US. I often got asked the question that starts with, “Is it true that in the US…" Which leads to the next point.

Americans don’t travel. I realized this point when I was in Singapore for a conference. I met so many people from so many different countries/continents (Germany, Malaysia, Vietnam, Phillipines, Austrailia, Portugal, etc). Pretty much all of them traveled a lot or were expats. As an American, I found that my knowledge of other cultures, customs, and general map-awareness to be weaker compared to theirs. Everyone knows so much about the United States, but most Americans doesn’t really know much about the rest of the world. It made me want to buy a map of the world to hang up on my wall.

You don’t need a lot stuff. This is incredibly true. I remember a general rule/saying that was posted somewhere. It goes something like: Before you pack, lay out the clothes and money you want to bring. Pack half the clothes, and bring double the amount of money. Some of the clothes I brought, I never even used. It became clear that certain clothing were favorites to wear.

Culture matters. I would add that keeping an open mind matters too. I learned that not everyone was raised with American culture. It’s unreasonable for them to quickly understand jokes, references, history, and other cultural nuances Americans are used to. It really helps to be patient, to listen, and know when to talk and be thoughtful on what to say.

English is becoming universal. At least in Thailand, very basic English is taught in school. Much like how I was taught Spanish, but I never used it so I have only the very bottom basics. But with more usage, I could probably relearn it again.
But I have one more that I would add to his list:

Social Technologies matter. I used Meetup.com, Facebook, and Twitter to meet so many interesting and passionate people. Often times, they were travelers or expats. Combined with the English language, this is a great means to communicate, learn, and reach out to a local communities/individuals. 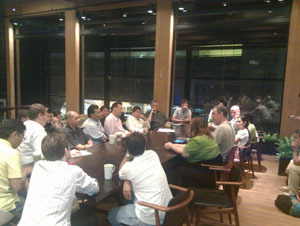 Next month I’m looking to do some more traveling with my JetBlue BluePass. I’m still learning new things too, such as becoming a more experienced Rails developer, a better photographer, and a decent writer/blogger. I do wish to rejoin the workforce, but only once I feel comfortable and confident in what I’ve learned. 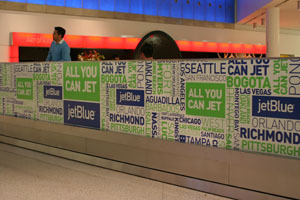